Session 365.  We jumped at the chance of a downwinder in the afternoon wind.  Stu and I drove to Hampton and left my car, then we drove to Aspendale and met Stu S and Mike.

The wind seemed a touch light on the beach but I thought it would be better further out.  We got going without delay and soon realised that a direct tack to Ricketts Point was the go.

The Union 10 was flying well but I was certainly not overpowered.  Just past Ricketts the wind dropped a few knots so our pace dropped off.  Then it dropped to around 12 knots.  I could only just keep going, even repeatedly looping the kite.

Downwinders are not much fun when there is not enough wind!

I headed in towards the main Sandringham beach near the yacht club and the wind felt stronger so I tacked back then struggled a bit to get around the breakwater.

Just past the breakwater the wind picked up to provide a fast finish.

Mike and Stu W were close behind me, but Stu S had dropped his kite off Black Rock so I jumped in my car to get him.  Just as I arrived he was getting a lift in past the Cerberus on a jetski!

He had dropped his kite in the light wind, relaunched it but dropped it again then performed a self rescue.  All is well that ends well. 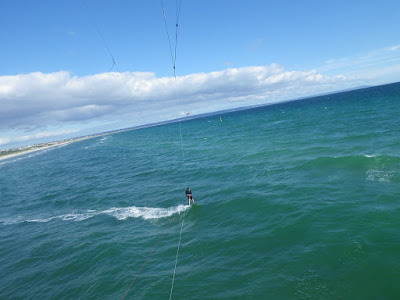 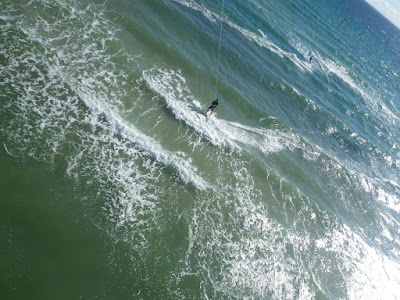 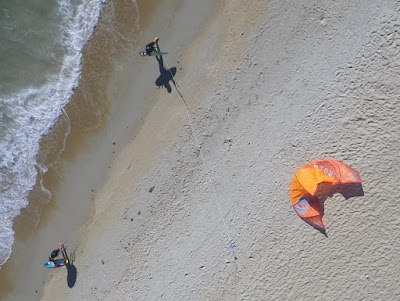 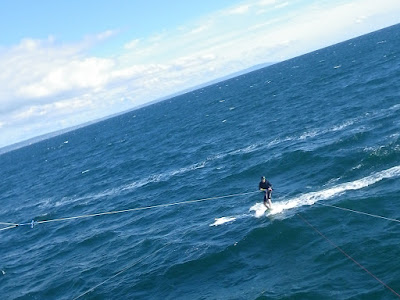 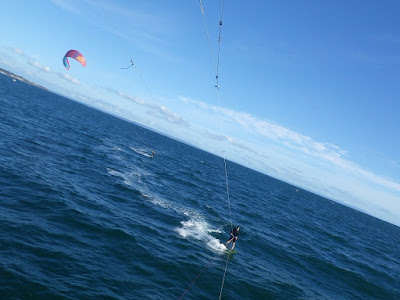 Posted by Peter Campbell at 9:08 pm