We took the ferry to Direction Island to have a look around. Several large turtles were mating around the ferry as we waited for the ferry. Levi and Michael arrived, put some gear on the boat, then left. What were they up to?  The ferry trip is a good one, the route goes past Home Island to Direction Island over some deeper water.  There are only a couple of ferries a week.  Yachties motor across to Home Island in dinghies to get to a shop and daily ferries to West Island.

Direction Island has mooring sites for visiting yachts and a jetty where the ferry pulls up. Its a lovely spot. There are beach huts along the southern side, the lee side of the island, with palm trees, white sand and clear azure water.  There is no accommodation or shops so you need to take food, water and snorkelling hear.

Levi and Michael arrived by kite!  It is a fair trip across with some largish chop and swells making progress difficult at times.  Levi did some big boosts then they landed their kites.

We didn't take our kites due to the offshore wind conditions, but kiting from the eastern tip is quite feasible.  Kiting from West Island is quite a journey, its best to have boat backup and a PLB is mandatory.

Adam and I walked up to "The Rip" at the eastern end of the island. The fast flowing current is continually pouring into the main lagoon.  Jumping in to the fast current and swimming across brings you to some rock shelves and deep channels that are teeming with a variety of fish, including some large barracuda.  Its a marine reserve so the fish thrive.

After lunch I followed the walking track around the island. The remains of the radio cable station buildings are scattered on the rugged north side of the island.  The station figured prominently in the story of the sinking of the Emden, a German raiding ship, in World War 1 during the Battle of Cocos. The cable station was bulldozed when it was decommissioned after World War 2.

There are hundreds of hermit crabs on Direction Island, some of them quite large.

Its a great place to walk and relax. 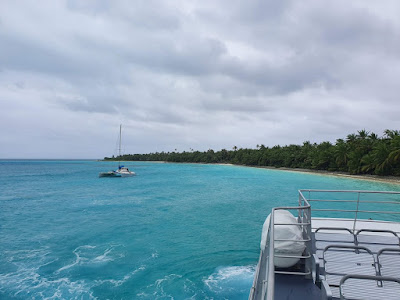 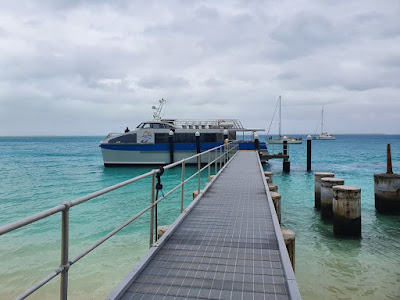 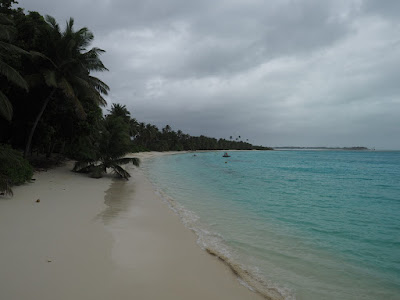 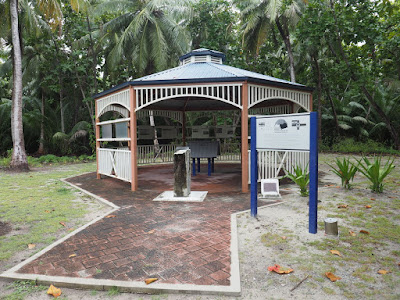 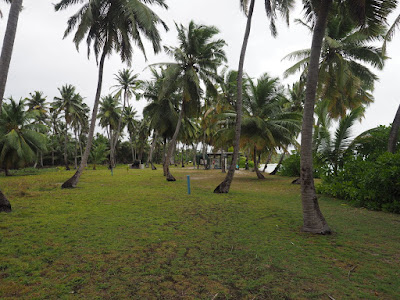 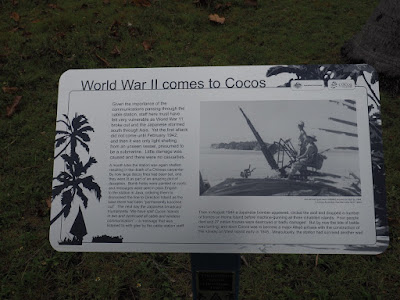 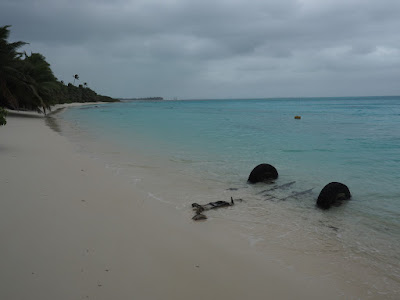 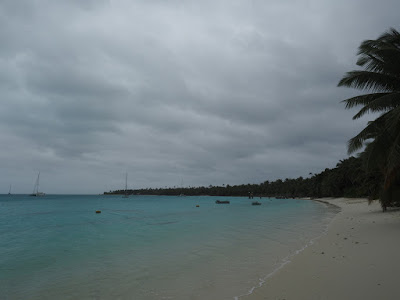 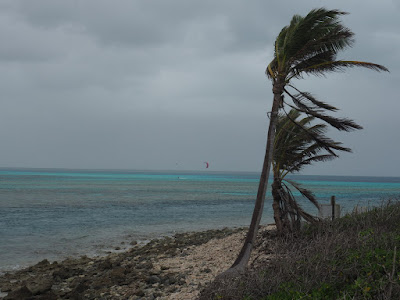 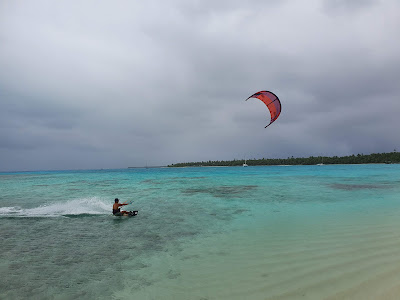 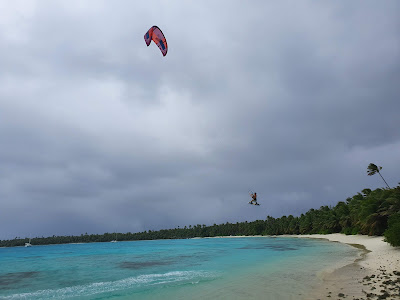 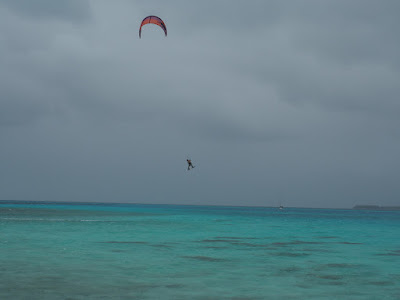 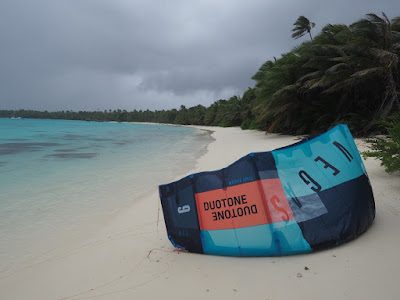 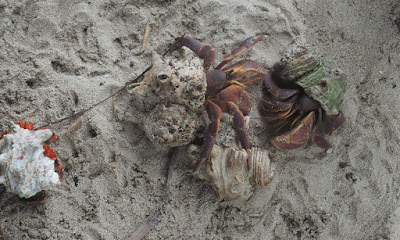 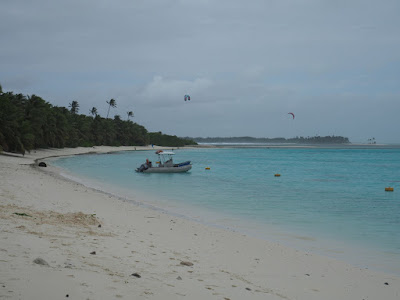 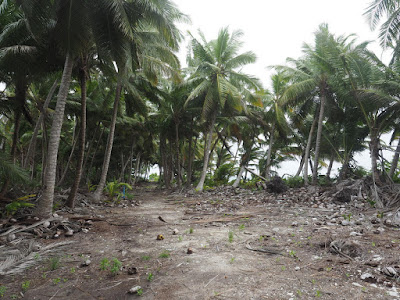 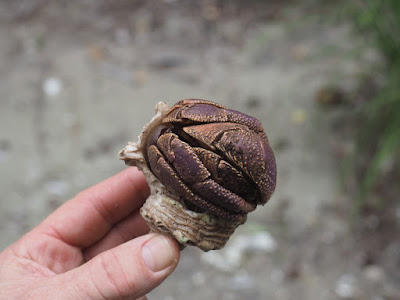 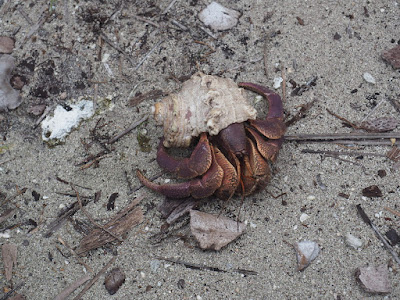 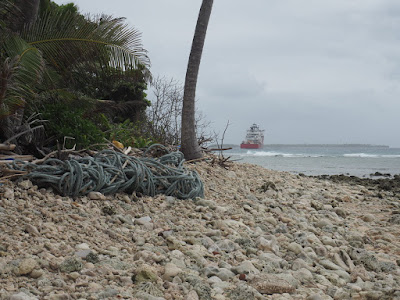 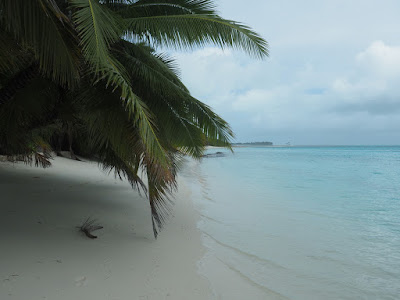 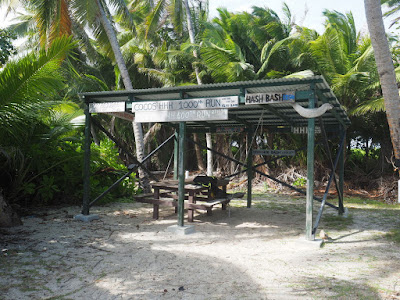 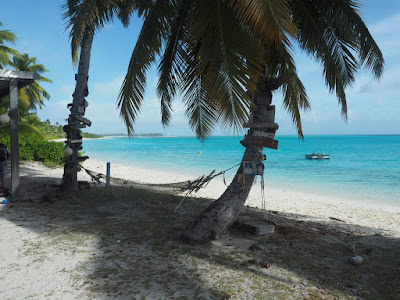 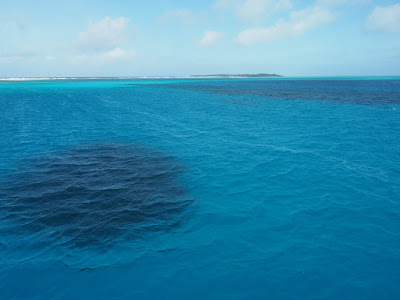 Posted by Peter Campbell at 2:44 pm