Marvellous wind at Mentone and my first GYBES!

Session 168 - 12 February 2012
It seemed like an eternity since I last kitesurfed.  Later or Sunday a sea breeze stronger than the forecast came in. It was south east so I headed for Mentone.
It was overcast, and remembering that I got cold during my last session, I donned my 3/2 wetsuit, even thought it is still summer.
The task today was gybing (jibing).  I took out the Sector 60 and was immediately having fun.  The wind was good and the water was clean (despite pollution warnings). 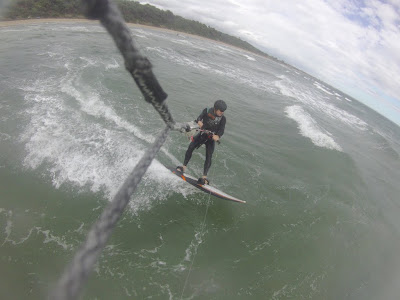 I attempted some gybes and got around to toeside but fell off when I tried to reposition my feet.  Sometimes I got my rear foot forward, but lost balance and fell when I tried to bring my front foot back.  I let the kite get too low too.
The BINGO - I did my first gybe!  It was on my strong side, from left tack to right tack. It felt great and I am not sure exactly how I did, or what I did differently.  Bringing the rear foot forward and getting it straight into the foot strap certainly aids stability.
I got around to toeside on my weak site (from right tack to left) but then just fell of the board.
I crashed my kite hard on one attempt and tangled the linemount a bit so I headed back downwind to the beach and landed my kite after grabbing another kite while mine was in the air.  The line mount was bent back but not broken.  I took it off and stashed in it my bag then headed out again.
Going upwind so easily on the Sector 60 is quite an experience.  I did some small jumps off waves on the way out too.  These felt OK but I am wary of doing a big jump and landing hard.
I succeeded in completing a total of 4 gybes this session - all on my strong side.  This was very pleasing, but I have a way to go yet to gybe consistently.  The balance is very tricky.  After nearly 2 hours it was time to come in.  I did some really nice fast downwind runs - the Sector 60 really screams down the bay swell. 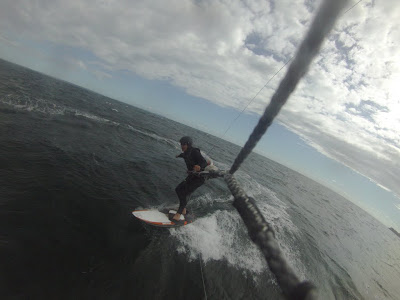 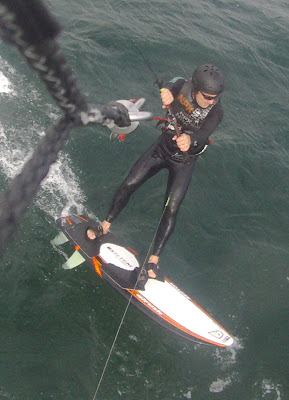 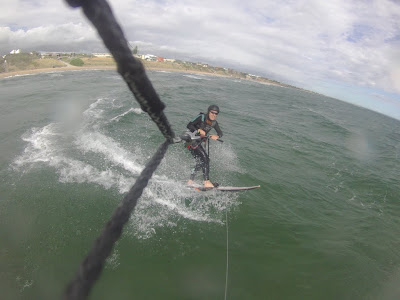 Here is the gybe sequence 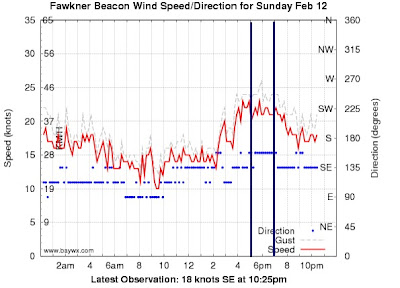 Thanks Peter, I brought a Sector60 just like yours, haven't tried to gyb it yet but these pictures will be a great help when I do.

Good stuff Rick. Its hard to learn, but is a good challenge. Just keep at it.

We can do some big tours on this boards, maybe even across to Portarlington!