Session 225.  Cool temperatures and more frontal winds.  Stuart, Tarren, James and I got down to Mentone early and setup a car shuffle to Aspendale.  We were greeted with 25 knot wind when we arrived at Aspendale and 30 knots was showing at South Channel, so we rigged up smaller kites.

Unfortunately, the wind dropped, so we were mostly underpowered.  My Lithium 9 handled the conditions well though - it turns nicely and generates a lot of power for its size. I followed the bay surf break down towards the Mordialloc pier, then walked back up the beach to get around the pier.

I was a bit ahead of the others as I was keen to make some progress in case my elbow got sore again and I needed to finish early.  But it held up OK with the tennis elbow brace on my forearm over my wetsuit.  I took it easy with another Blokes Kitesurfing Weekend coming up soon.

I did a lot of nice downloop turns to keep the power on, and a few full kiteloops too.  The power is delivered smoothly by the Lithium 9 so these turns are great to do, especially when combined with some heelside - toeside slalom on the surfboard, leaning into the turns.

There were some good waves but its hard to score a big one.

Tarren and Stuart met me on the beach but James was missing in action.  He had run out of wind just after he got around the pier and ended up walking back to Mentone.  Just as we were leaving, the wind picked up to 25 knots again!   Frontal winds are not always the best . . .

Looking at the wind graph afterwards, the wind gusted above 35 knots just after we came in, so our caution with kite sizing was justified.

It was great to be on the water again though, and I was happy my sore elbow held up fine. 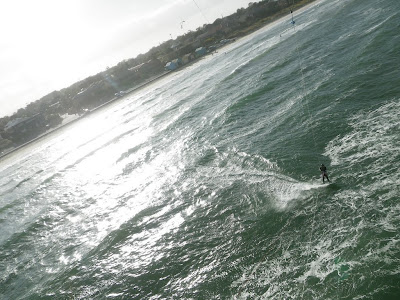 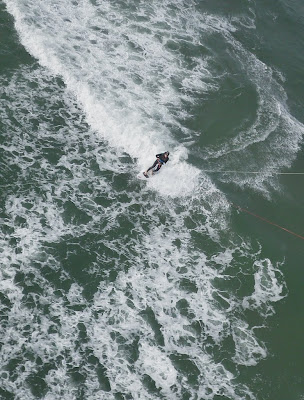 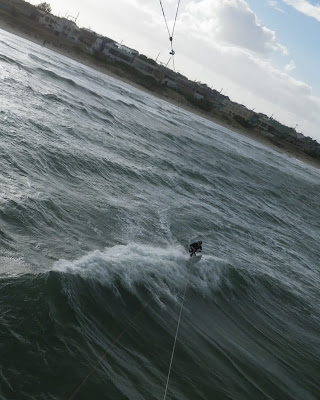 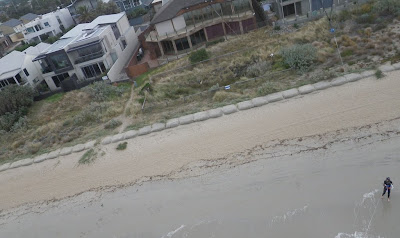 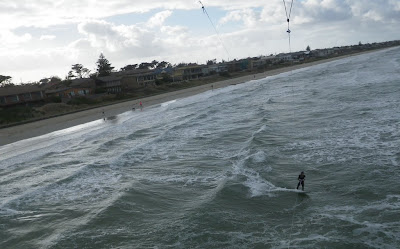 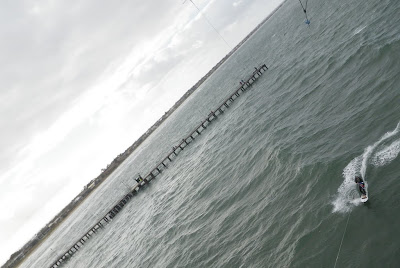 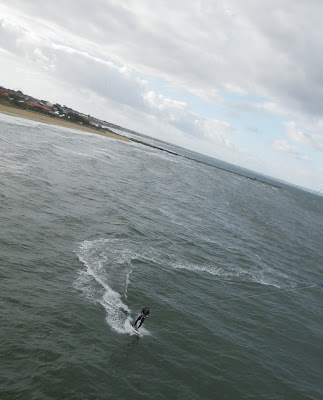 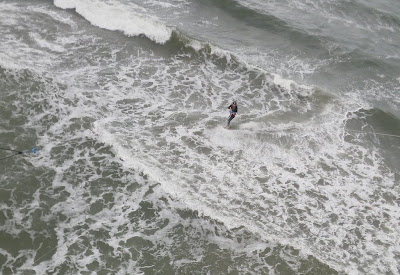 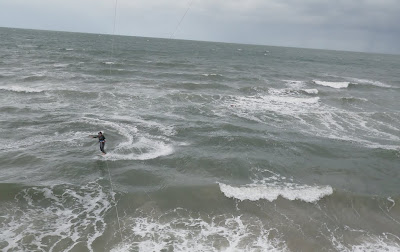 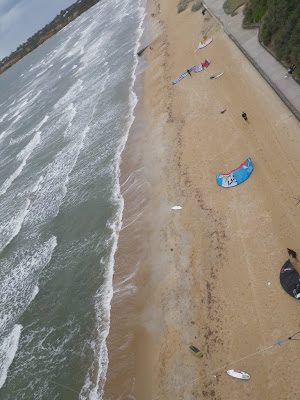 Posted by Peter Campbell at 3:56 pm

In Europe freezing cold and no wind for the moment.

That sounds chilly - I see there has been a lot of snow too. I hope you are settling in well back hon\me.