Kitesurfing Sandy Point in the surf with great wind!

Session 226 & 227.  We carefully assessed the wind forecast for the first day of March Blokes Kitesurfing Weekend and decided that Sandy Point was the best place to go along the section of coast in the vicinity of Inverloch, even though it is some distance further.

Stu and Tarren got an early start and were kitesurfing the front beach by 10am with good wind and a good swell.  Stu #2 and Grant took there windsurfers to Shallow Inlet, and Richard headed there to kitesurf too.

James and I arrived at about 11 and rigged up our big kites.  Once on the water, there was plenty of wind, even with the kite depowered.  Two other kitesurfers were out enjoying the good wind and waves too.  I was getting pulled off the waves with my 12 so after a few runs (Part 1) I swapped it for my Lithium 9, which was much better.  I still had plenty of power to get out through the break, but was able to get some really nice rides in on the occasional big waves.

Gybing the board is really handy - it takes the stress out of turning and handling surf conditons.

My left elbow was a bit sore, using the tennis elbow brace over the wetsuit, but it held up OK.

Sandy Point is a wonderful location with views to Wilsons Prom and the islands close to it, and the wide stretch of beach.

After a quick snack lunch at the General Store (warning - not wetsuits in the cafe) we headed back to beach.  The wind was still pumping but just as I got on the water with my 9 it dropped.  I swapped for the 12, but it dropped again, so that was it.

There was a wedding on the beach. Lot of nicely dressed people braved the strong winds and fine sand (with high heels removed!) to cluster like a group of penguins on the sand.  Of course the wind dropped off just after the ceremony was over and most had left . . .

We headed back to Inverloch for a nice feed of fish and chips and watched some videos on Youtube including:

Who needs a TV? 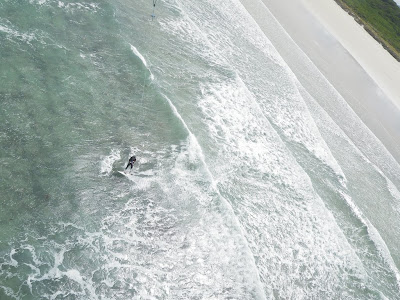 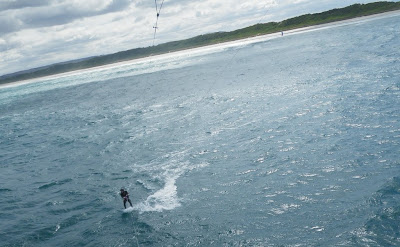 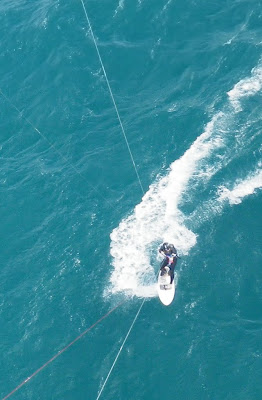 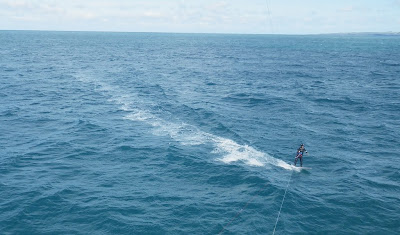 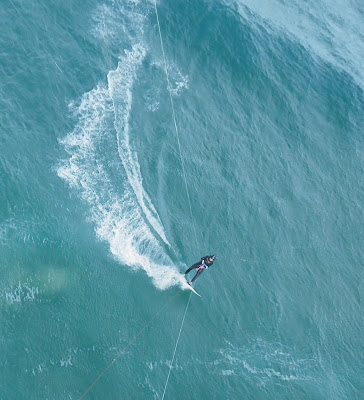 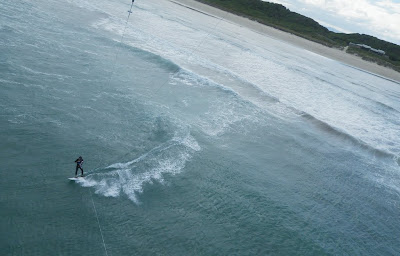 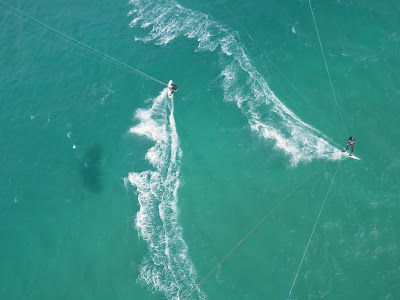 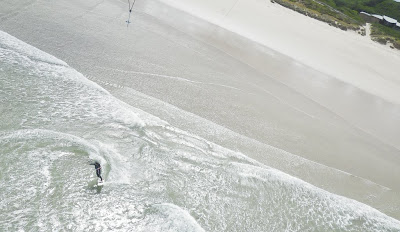 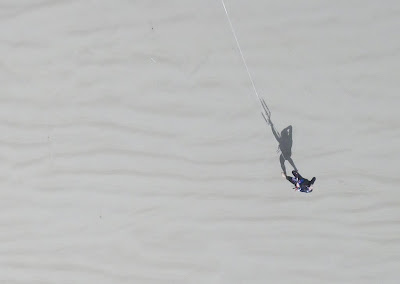 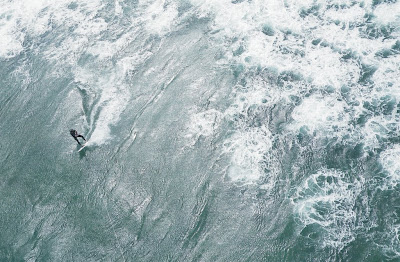 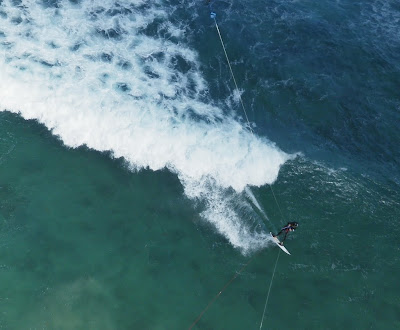 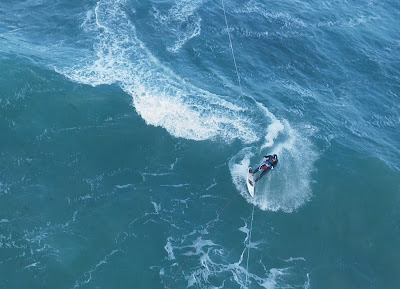 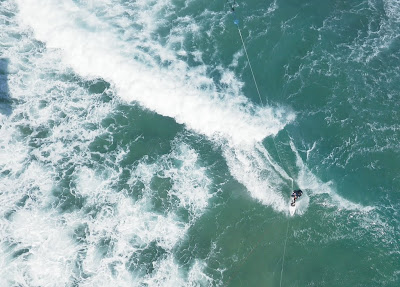 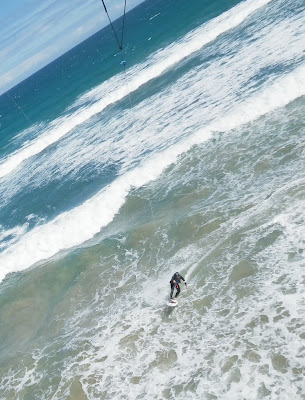 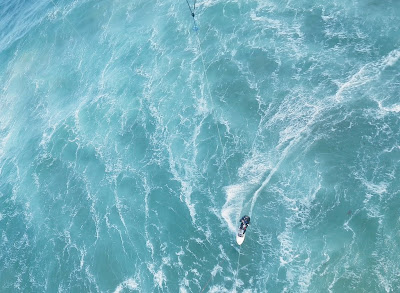 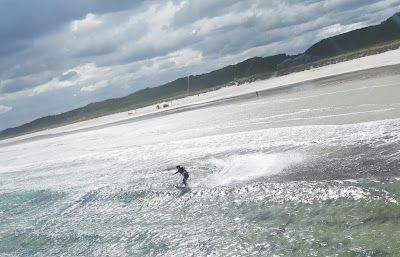 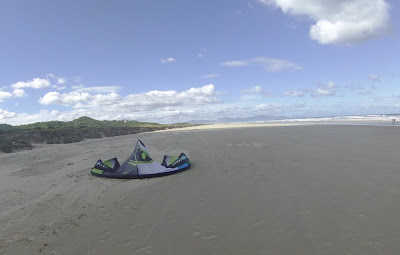 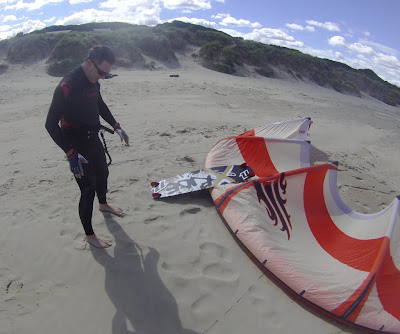 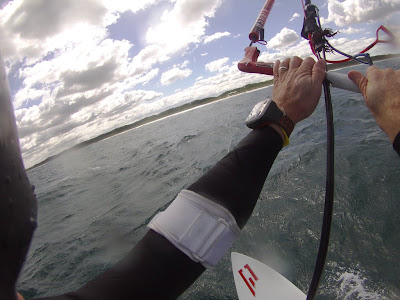 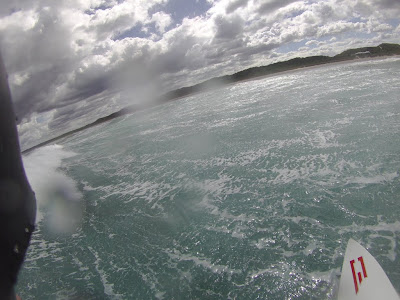 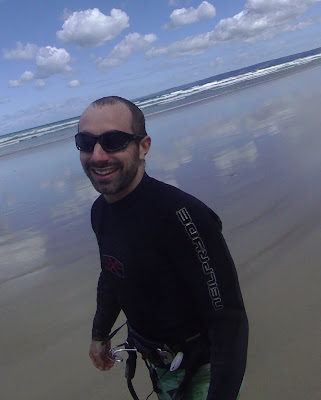 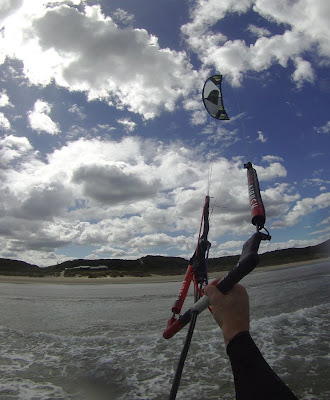 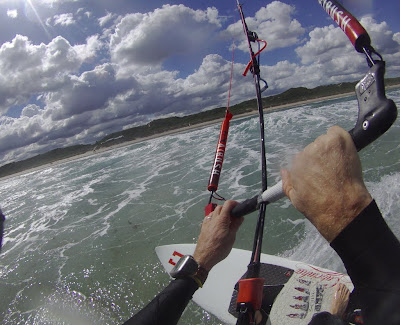 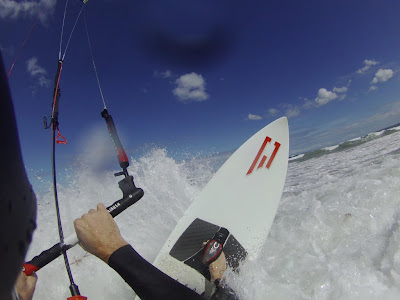