Session 238. With a good northerly wind forecast for Sunday, Cesar contacted me about doing a downwinder to Frankston. I was keen to give it a go so we met at Brighton at 11:30 with the wind blowing over 20 knots.  Cesar, Julien and I decided to give it a go.  We took smaller kites - I used my Lithium 9 and was so glad that I did!

I took safety gear in my Type 3 PFD pockets including:

I also carried my small waterproof backpack with sandals and the kitebag in it along with a phone, some money and a public transport card.

The water is still cold so we wore our warm wetsuits.  We headed off without delay.  I was cranking downwind and got some distance ahead as we passed Sandringham.  My left tacks were going well.  I was able to get good speed and stability bearing downwind, although I dug the nose of the board in occasionally and came off a few times.

Tacking to the right was a whole different story. I think it was a combination of the wind strength and the direction of the swell.  It felt weird and very awkward, and I stuffed nearly every gybe turn back to the left.  It felt like I was a beginner again, but I concentrated on getting stable and making progress.

I waited for the others, then just past Ricketts Point the wind dropped about 5 knots. I headed across the bight towards the stretch of beach near Gnotuk Avenue, the other two were further out.

Then it came in hard - around 30 knots.  I fully depowered the kite but was still overcooked.  In these conditions the Sector 60 became a beast.  I couldn't turn it quickly on the swells and the high speed with big swells made it hard to ride.  I came off quite a few times, bailing off when it dug in.  Cesar and Julien were coping better on their surfboards and got well ahead of me.

Getting going again was hard to, the wind was pulling me hard toward the board even with the kite at 12 and the BCD was floating up and getting in the way.  At one stage I body dragged for a bit holding the board, waiting for the wind to drop.  Once I was up and going bearing downwind reduced the pull a bit but the board speed was still high.  I was close to overpowered.  I relaxed and adjusted to the situation, realising I could bail to the beach at any time.

What a blast!  Really testing conditions.  Big gannets plunging into the water and the wind was whipping up big waves and a lot of spray.

Coming into to Frankston it was blowing over 30 knots.  Julien grabbed my kite as I flew it down fast.  We packed our gear and walked into the Frankston shopping centre where we had a great coffee and muffin.  Then we caught the train to South Yarra and back down to Middle Brighton.

We got some odd looks and a few comments walking along Church Street in our wetsuits carrying our boards. Back at Brighton it was raining hard with another storm front coming through. There were a few hardy souls out kiting.  But I think we scored the good one - we even had sunshine for our 40km tour - and we had plenty of wind. 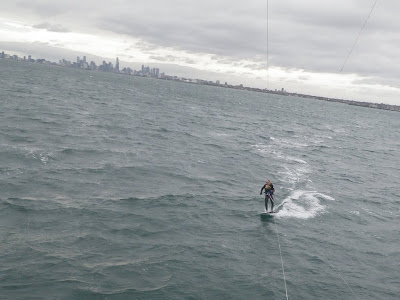 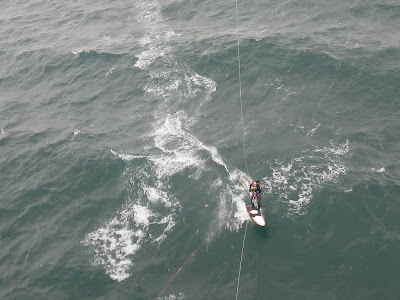 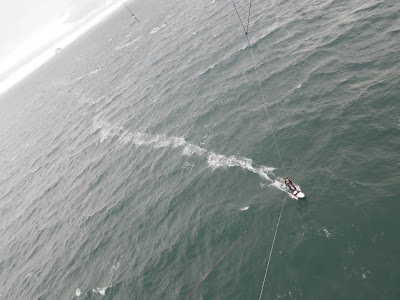 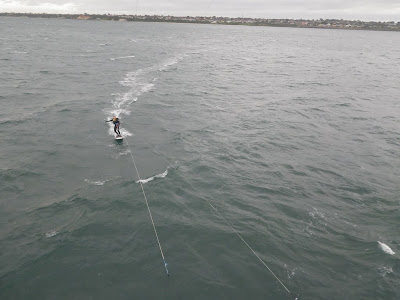 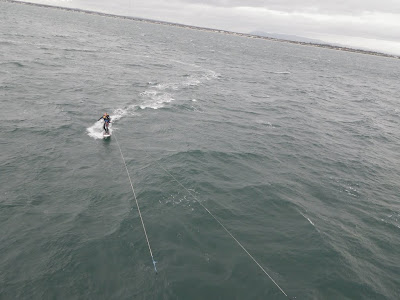 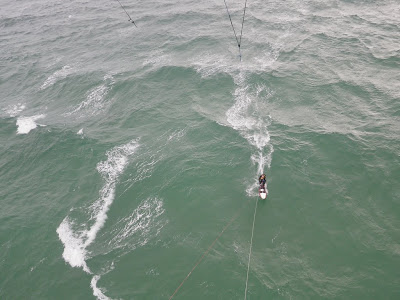 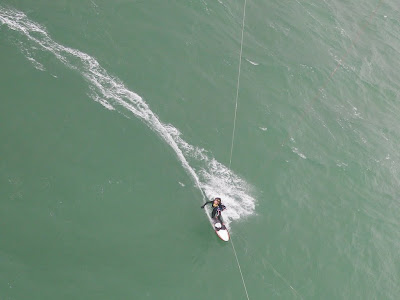 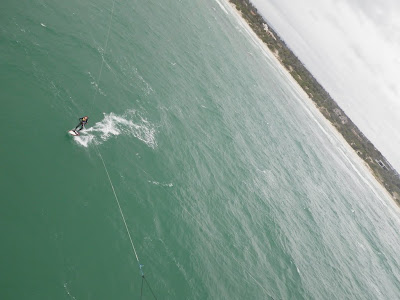 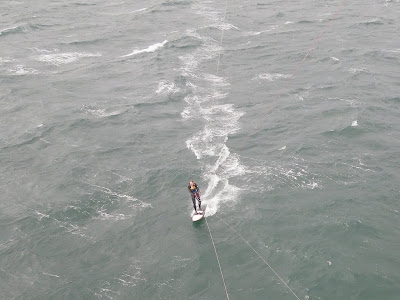 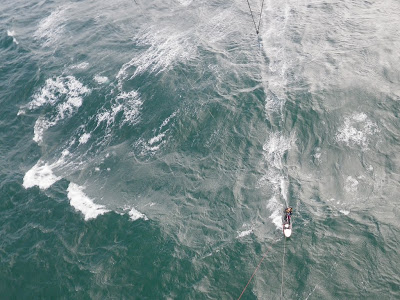 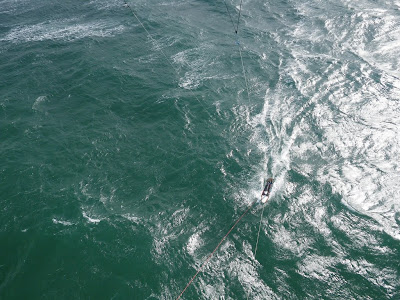 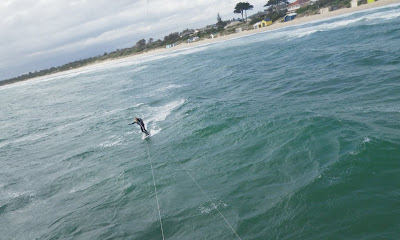 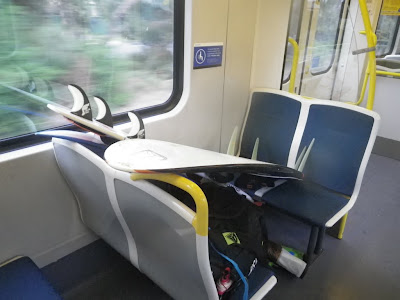 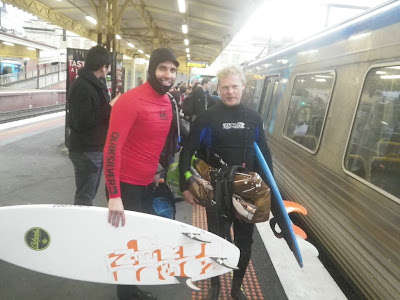 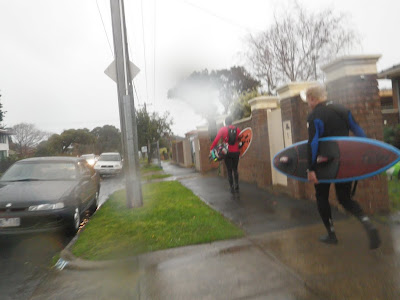 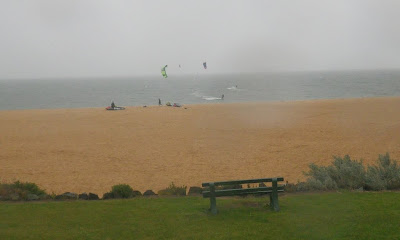 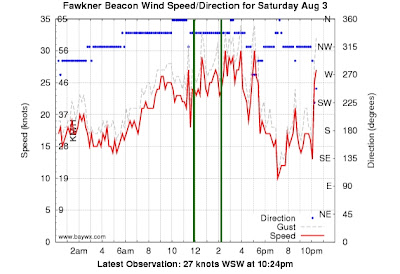