Session 252. I got down to Brighton in the early afternoon with a mild northerly blowing.  One other kiter was out testing the conditions and going downwind so I bit the bullet and decided to try my new Airush Lithium Zero 18m light wind kite. 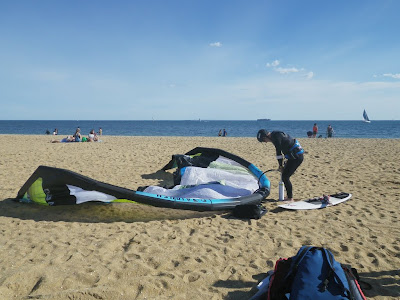 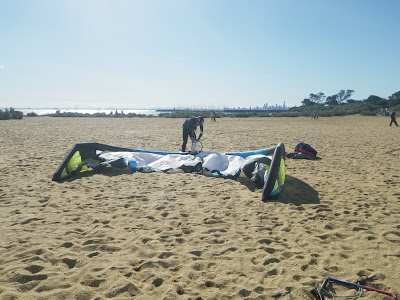 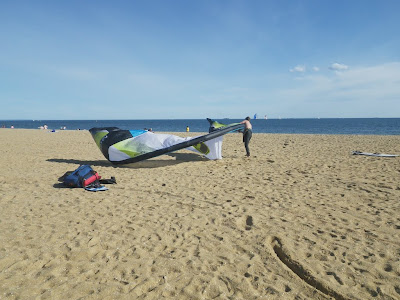 Two other curious kiters assisted as I pumped it up and rigged it.  It takes a while to pump up the big leading edge bladder.  Once pumped up it really wanted to fly.  The breeze on the beach was lifting the leading edge, even with a lot of sand on it.   One of the kiters remarked that with a kite that big up the wind would come in stronger . . .

It launched easily and flew up to the zenith smoothly.  The power was immediately apparent.  On the water with my S-quad surfboard I was well powered and soon screeching along. 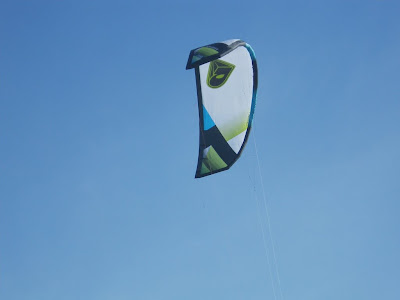 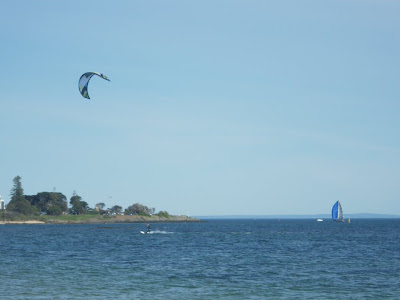 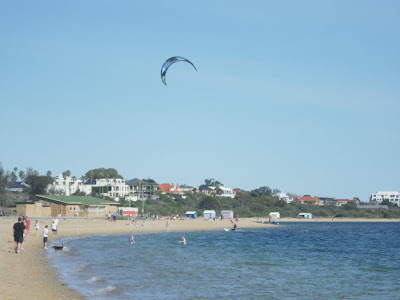 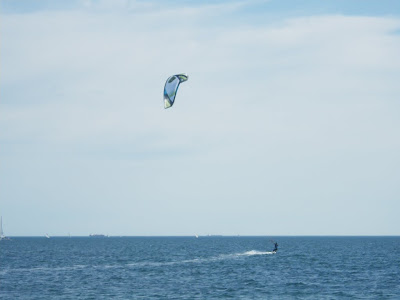 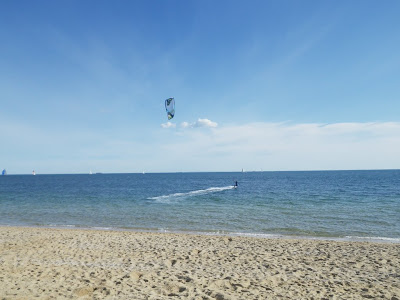 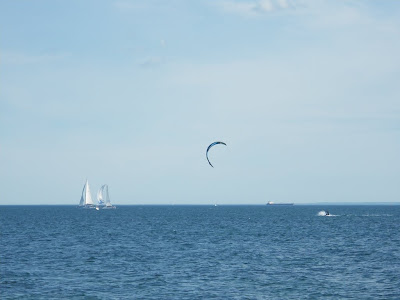 This is the B52 of kites.  Massive power and it really wants to fly!  I was having trouble slow it down, bringing it high made it want to boost.  Wow, I was feeling like a beginner again!

The wind was a bit over 12 knots though, possibly 15, so I was actually overpowered.  I came back in fast, very fast, losing ground as I was unable to hold the board edge and counter the power. I did another run out and back then decided to land it.

One of the kiters (who also took the shots of me on the water) came down and landed it.  By then, other kites were out so I packed away the zero and finished the session on my Lithium 12 and my new Firewire board (strapless).  The wind dropped out a few times, but the sunny weather was nice.  The board feels great - riding strapless puts you in closer contact to the water. Its nice. 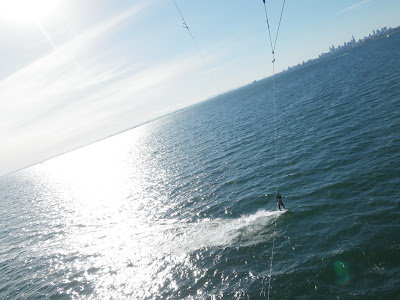 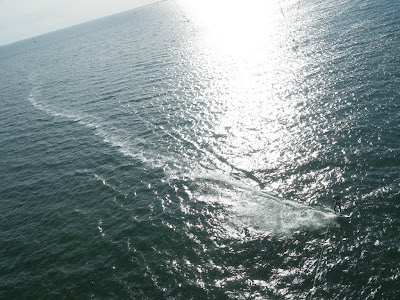 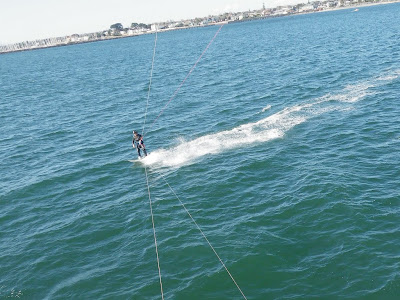 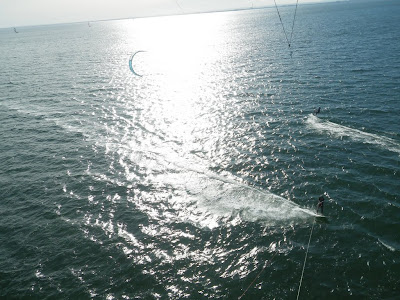 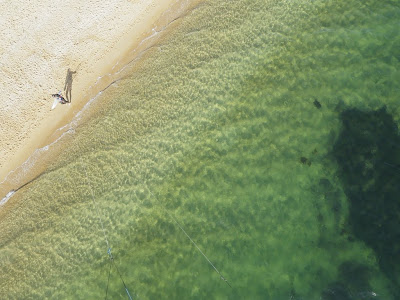 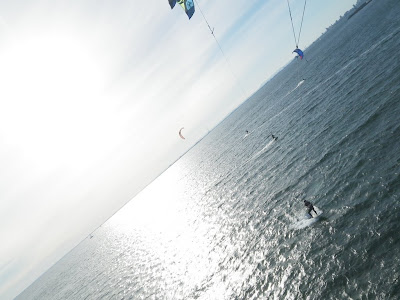 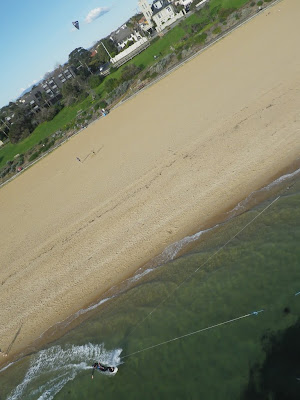 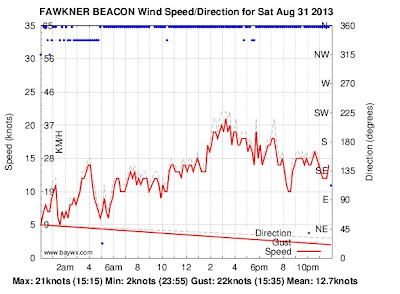 Posted by Peter Campbell at 7:26 pm

Hi Peter. Nice review, but I am wondering how this B52 kite would fare in the tropics where the winds are not as heavy down south? Do you think 15knots on it would still prove overpowering in the tropics, since you've been up here before? Cheers

I think the kite would be OK up to 15 knots in the tropics given the wind is less dense.

I would be very careful in higher winds though.

I would add about 2m to kite size for what I use in the tropics (e.g. Port Douglas) compared to here in Victoria.