Visit a submarine in bayside Melbourne

I paddled into the Sandringham Yacht Club marina on my inflatable SUP a while back on a no wind day.  I spotted something unusual surrounded by the pontoons - a submarine wreck! 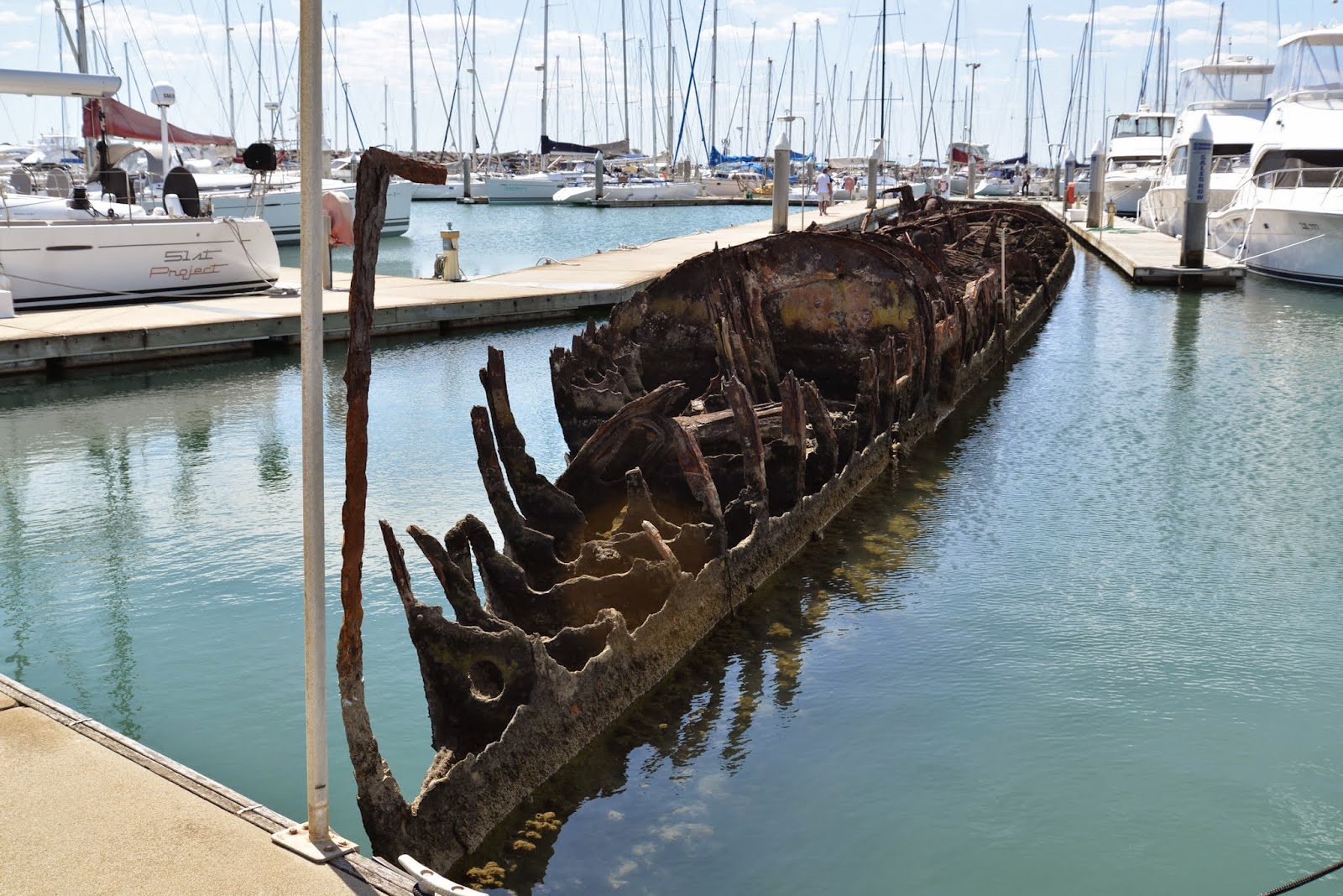 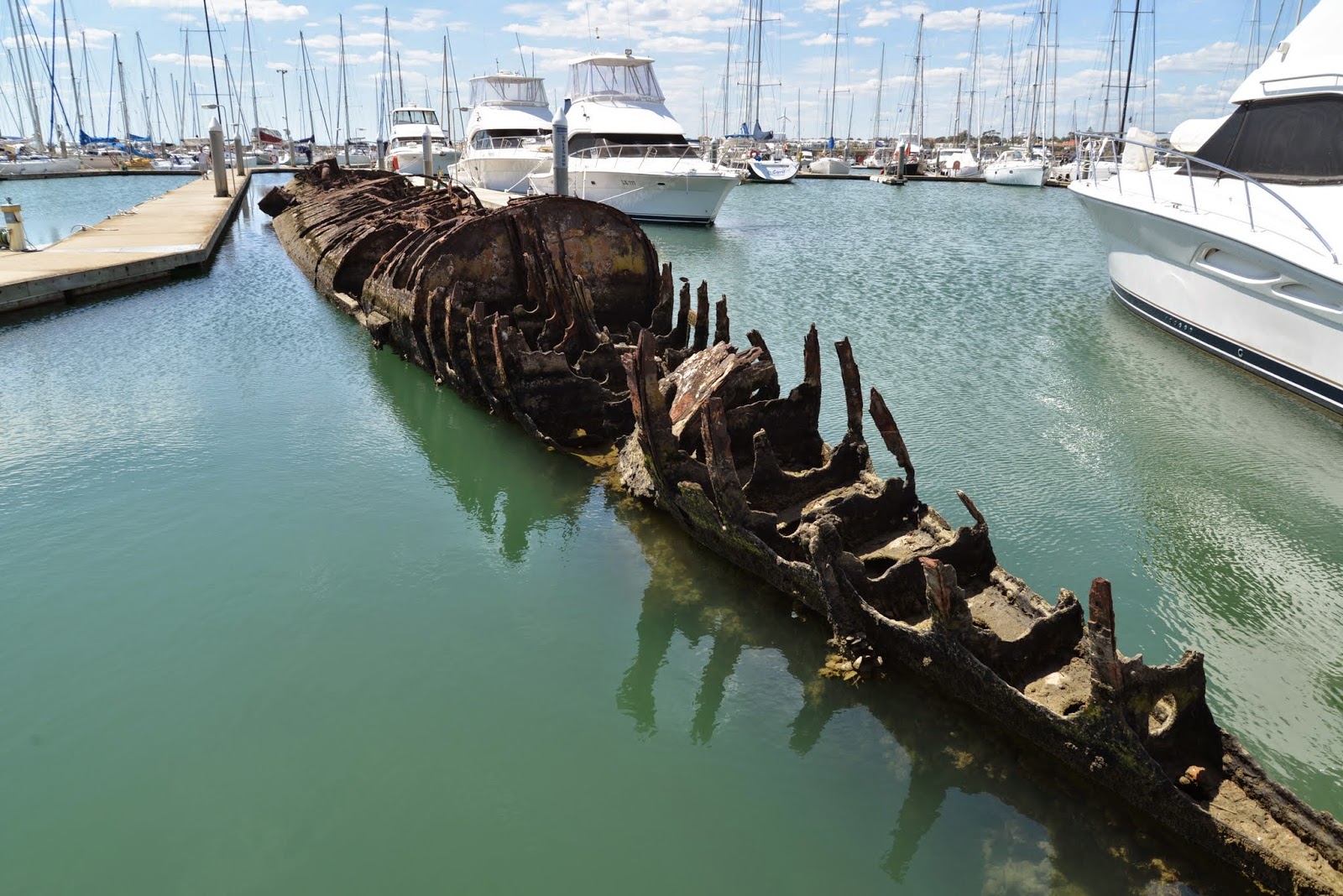 I was astonished. I have lived in Melbourne all my life and kitesurfed nearby at Hampton beach on many occasions. I never knew that a submarine wreck was so close.

The access to the pontoons is restricted to those with a keypass, but if you ask someone entering the gate if you can have a look at the submarine they may let you in, or you could ask for a pass at the Yacht Club.

The submarine wreck is massive at 83 metres and 1700 tonnes.

Four of them have been sunk as dive sites in Bass Straight off Port Phillip heads.  The fifth is located in shallow water in Swan Bay.

The J7 was sunk to form a breakwater for the Sandringham Yacht Club in 1927.

When the larger rock breakwater was built pontoons were built around the J7 wreck inside the marina.

The sub's rusting hull and fittings are quite remarkable.  Very few people in Melbourne seem to know it is there, including many Sandringham locals.

It is well worth a visit. 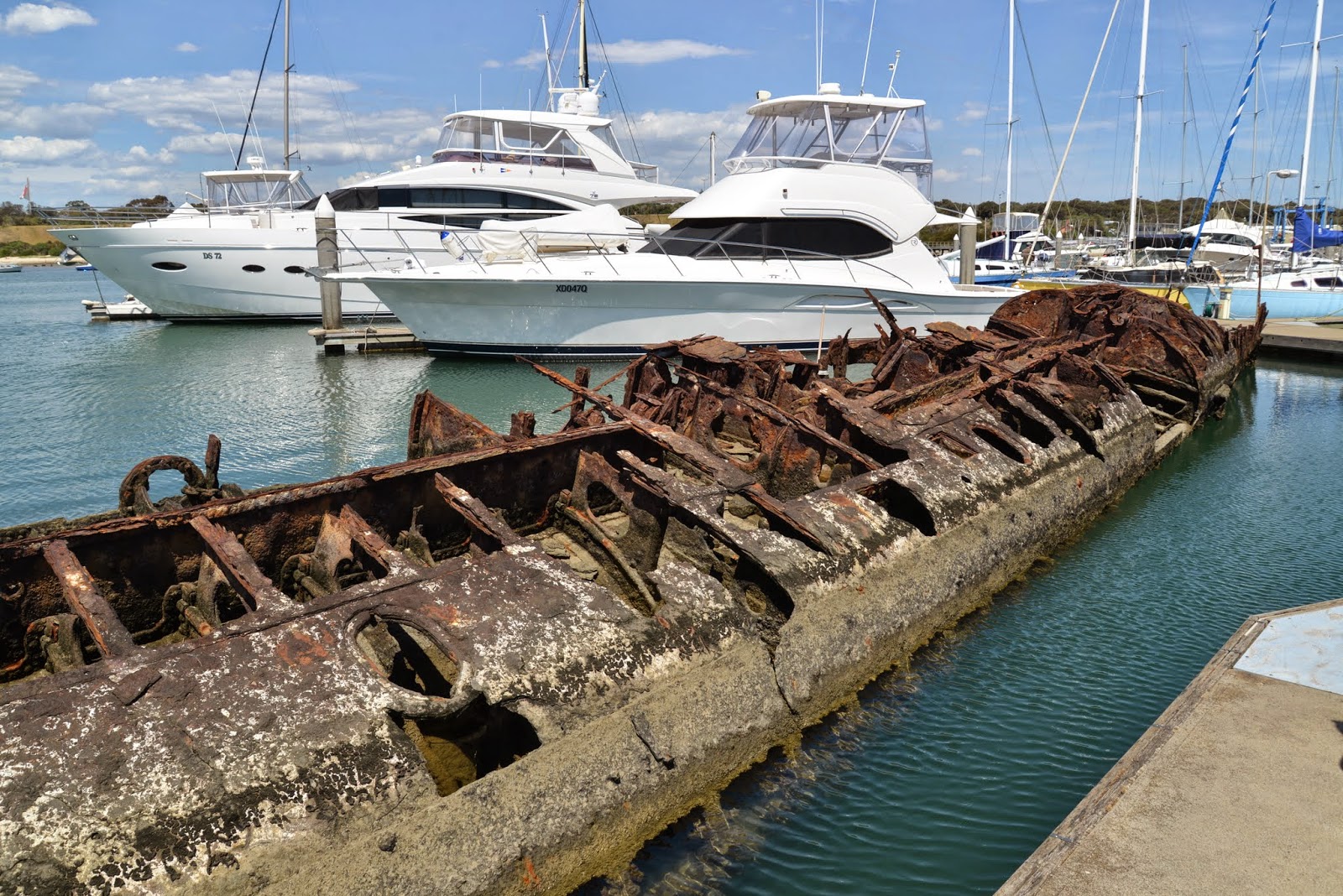 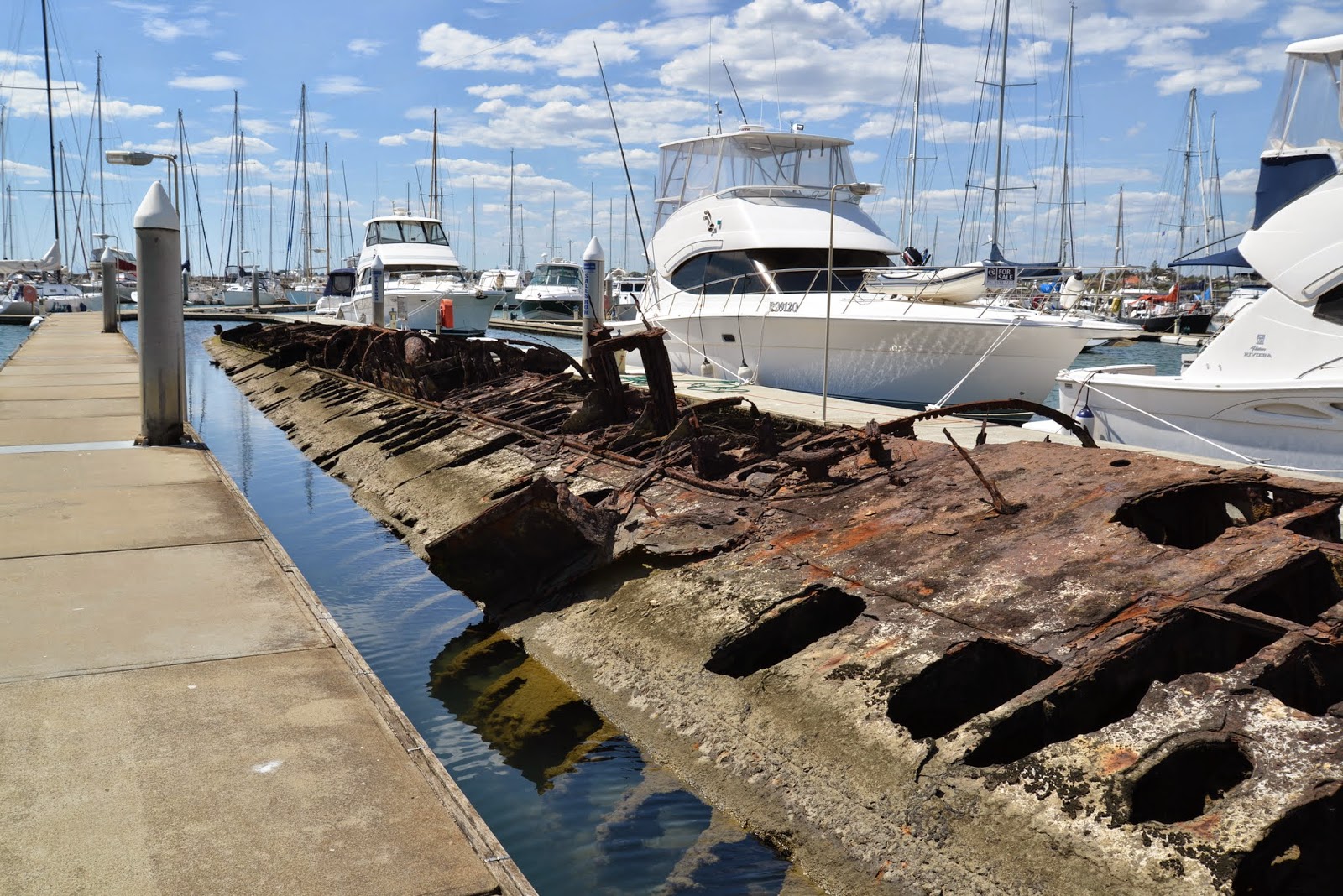 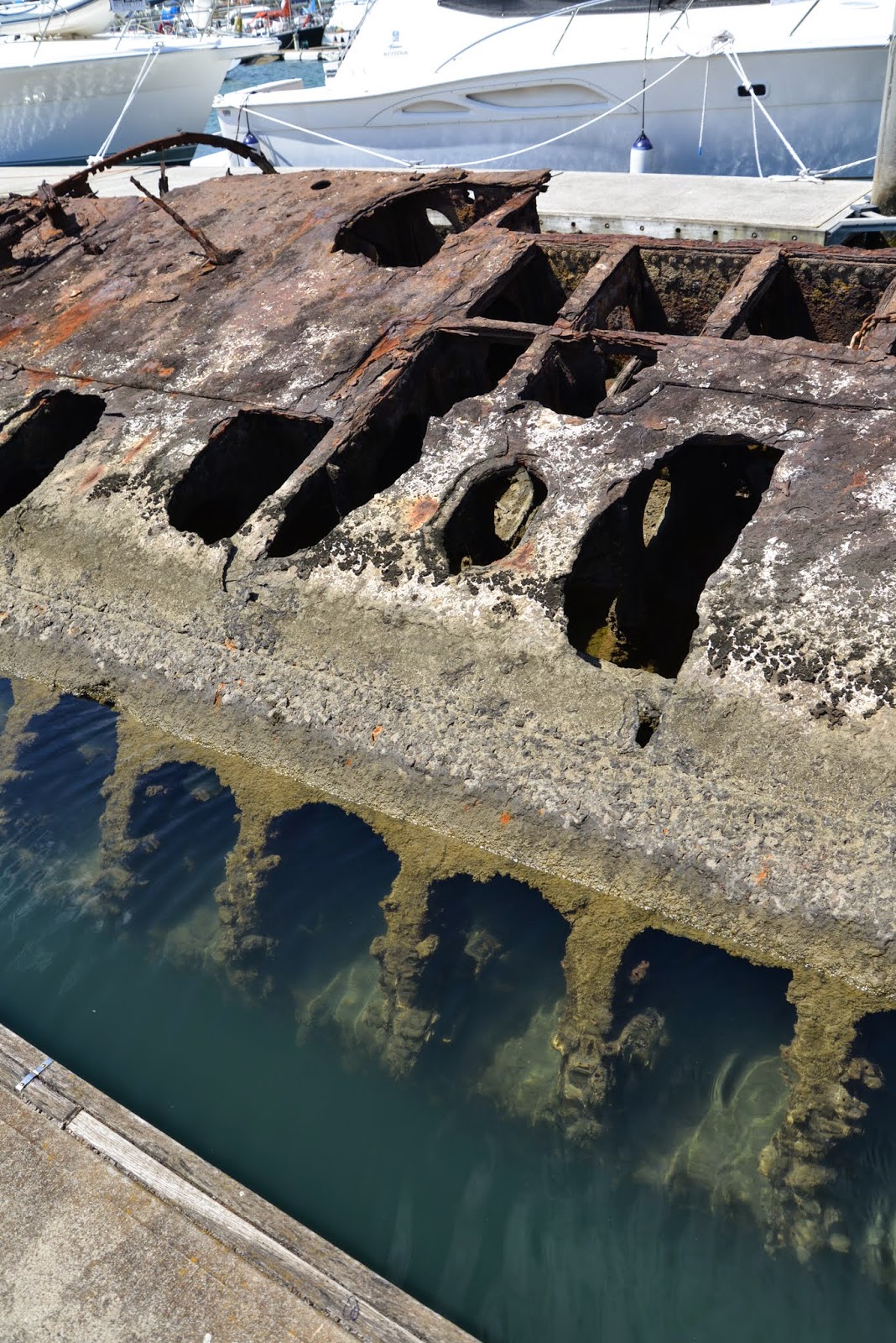 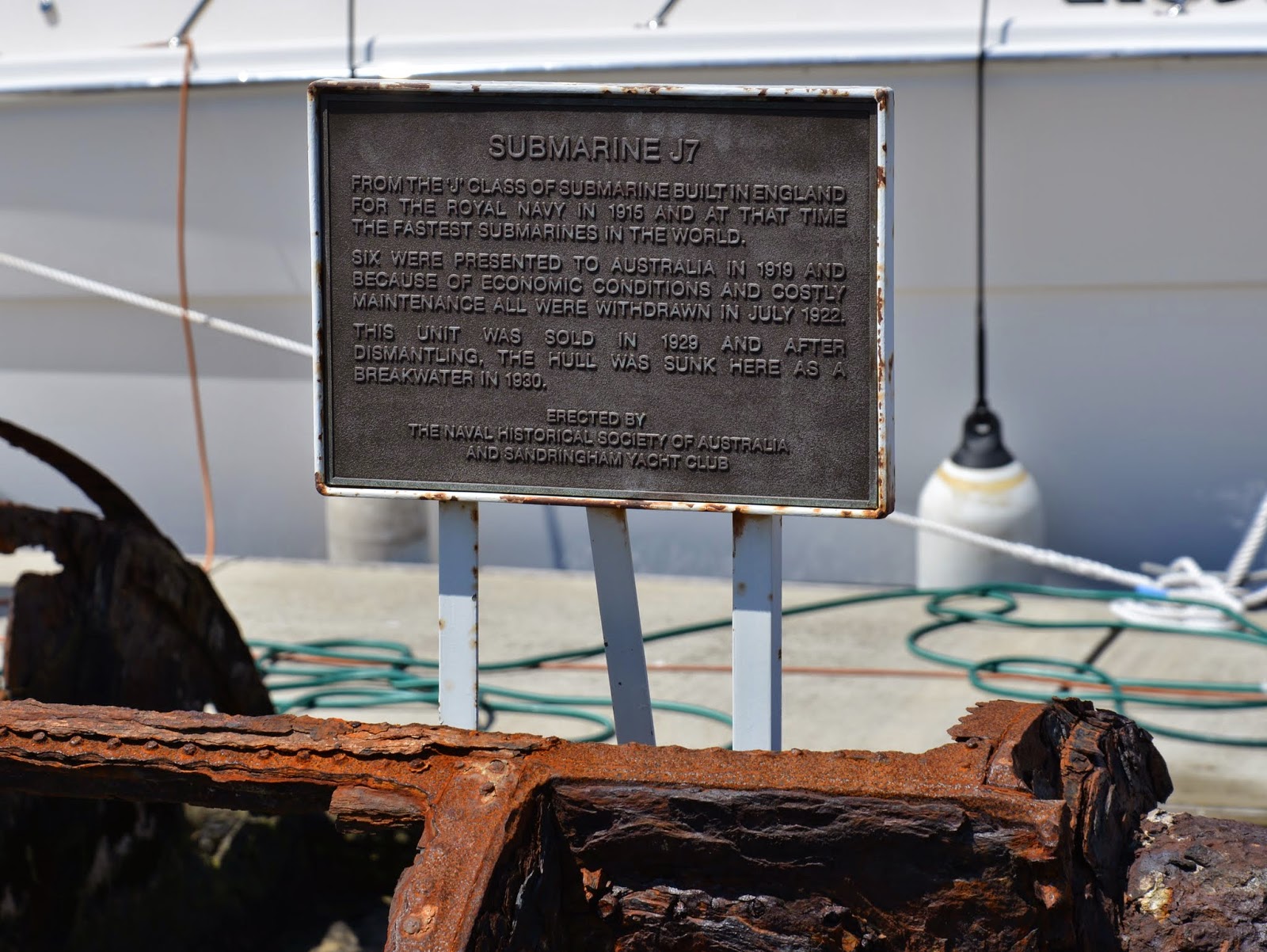 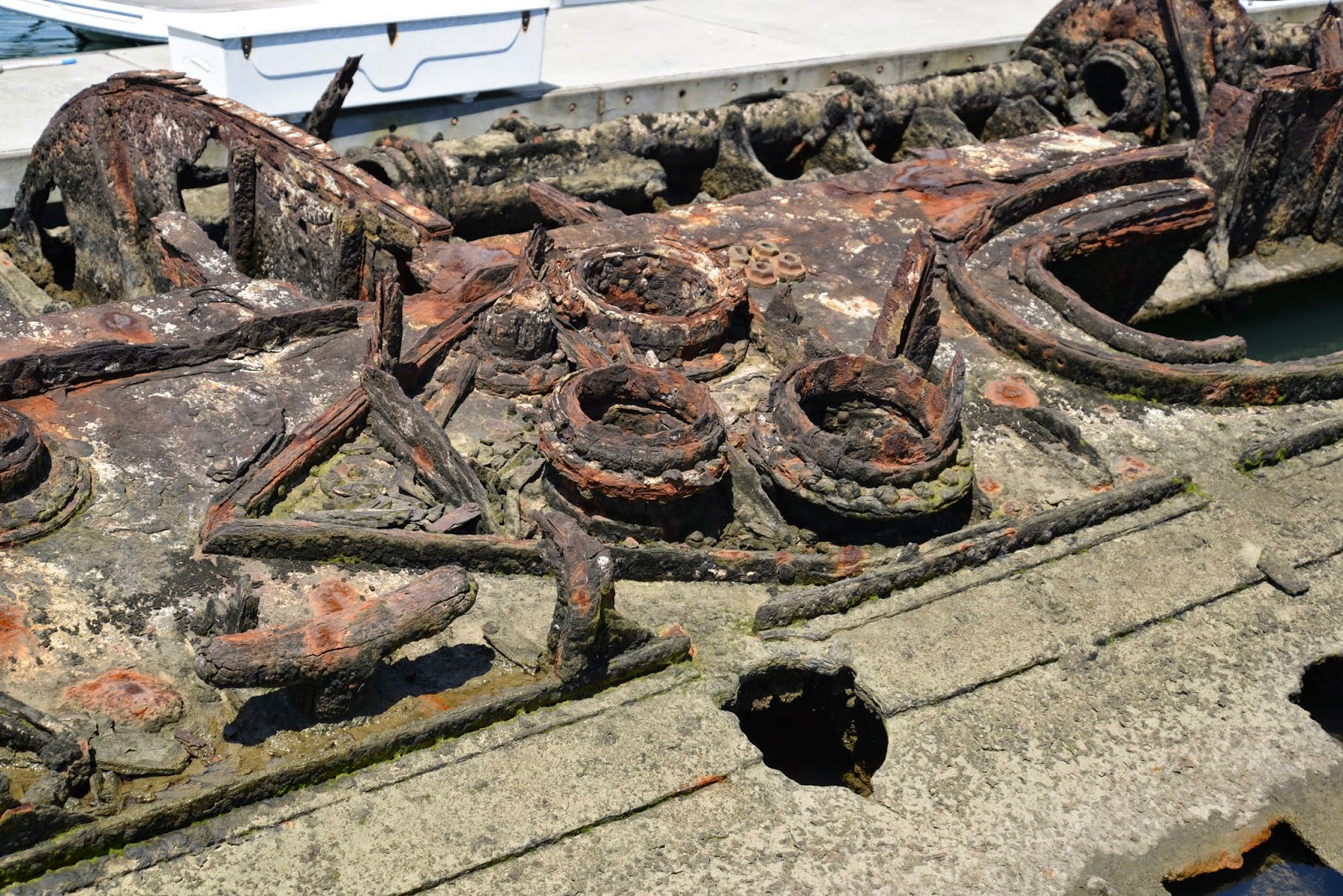 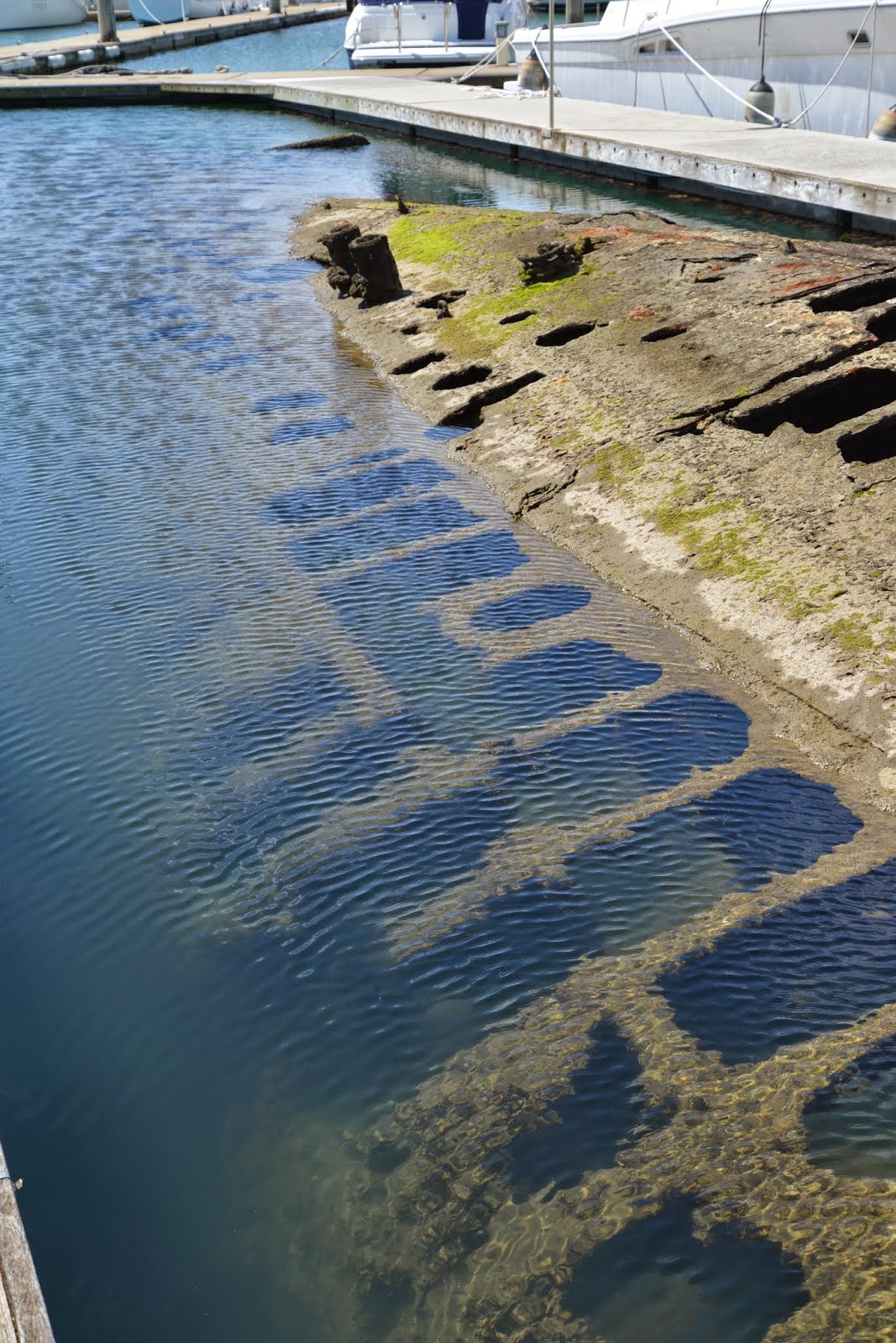 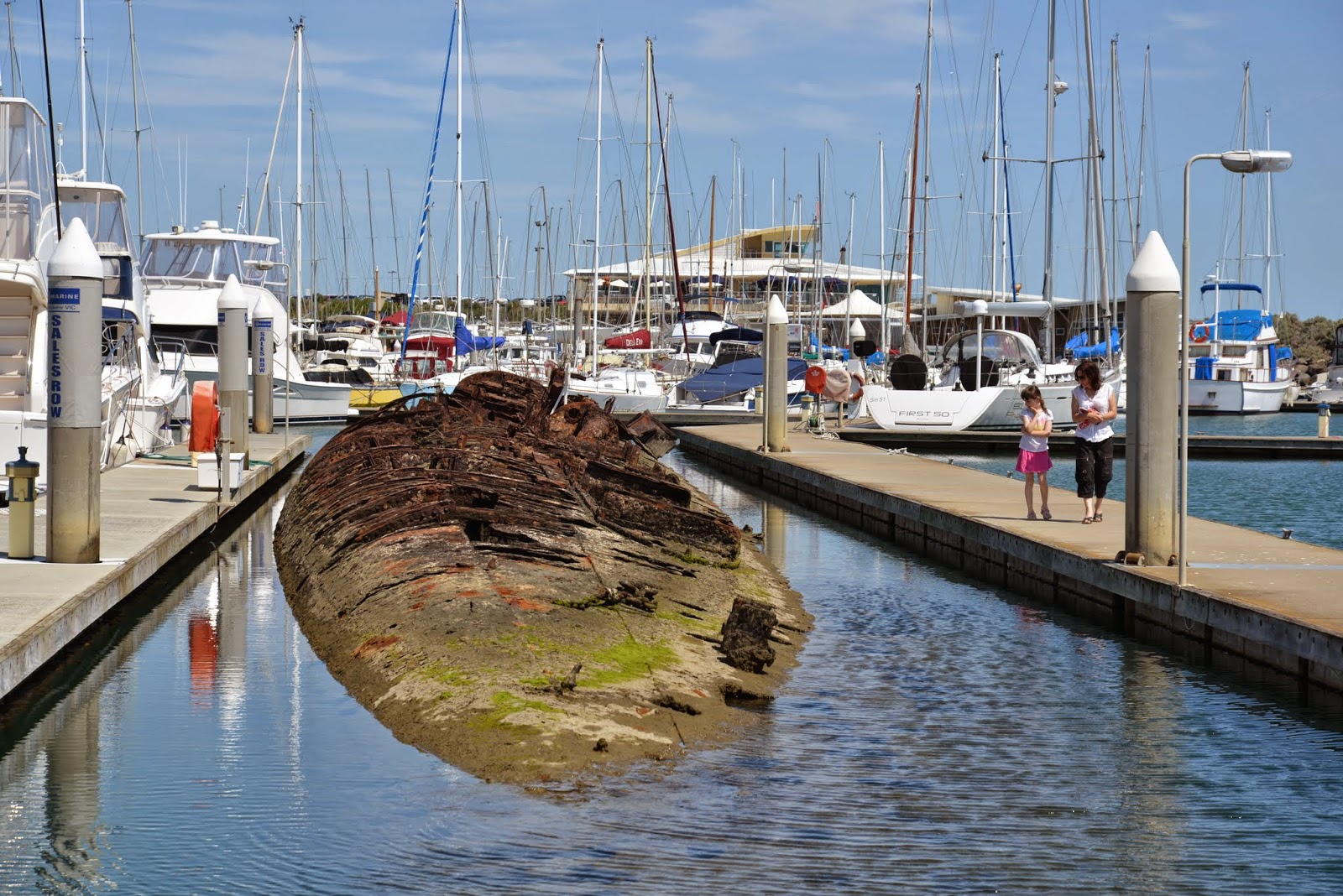 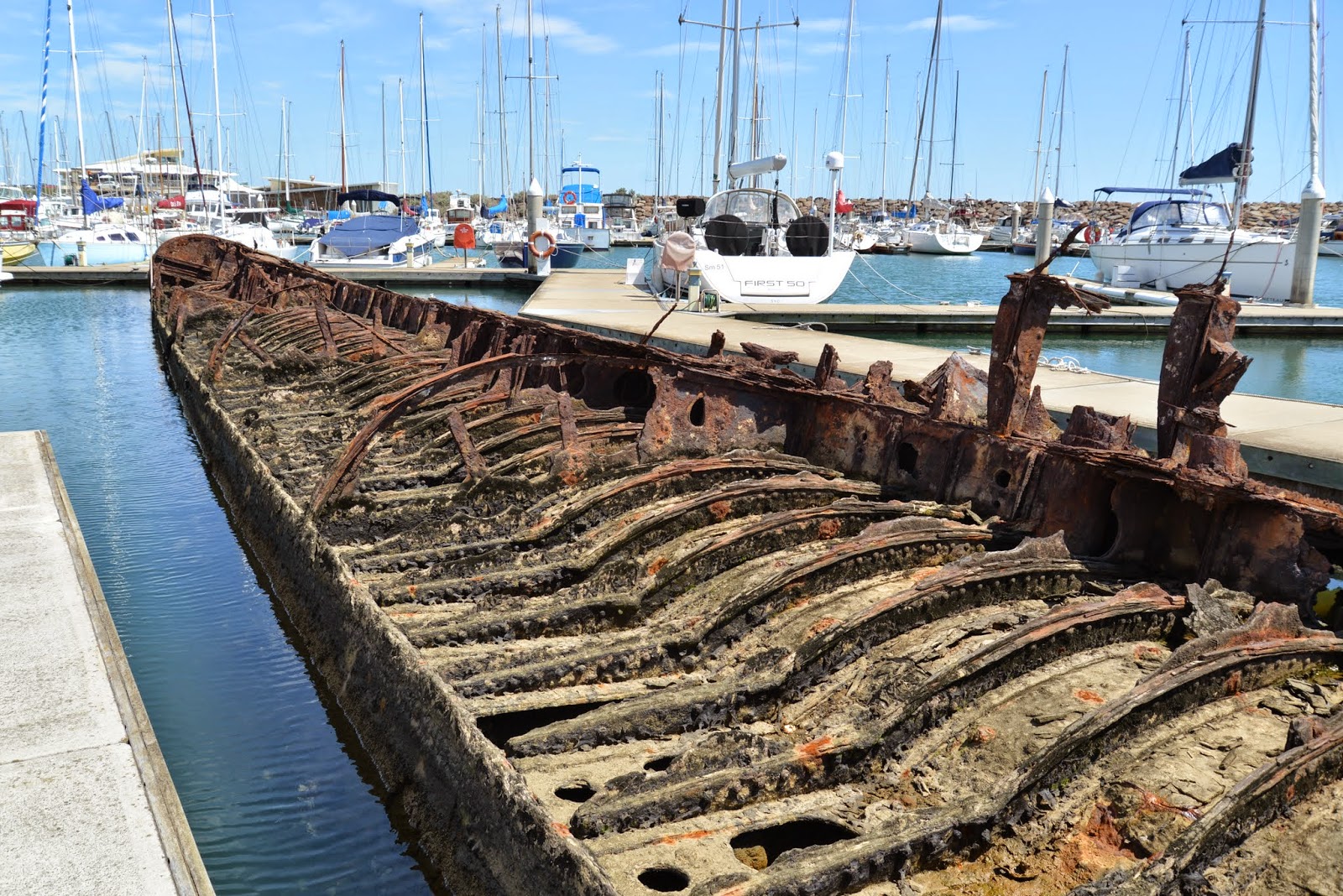 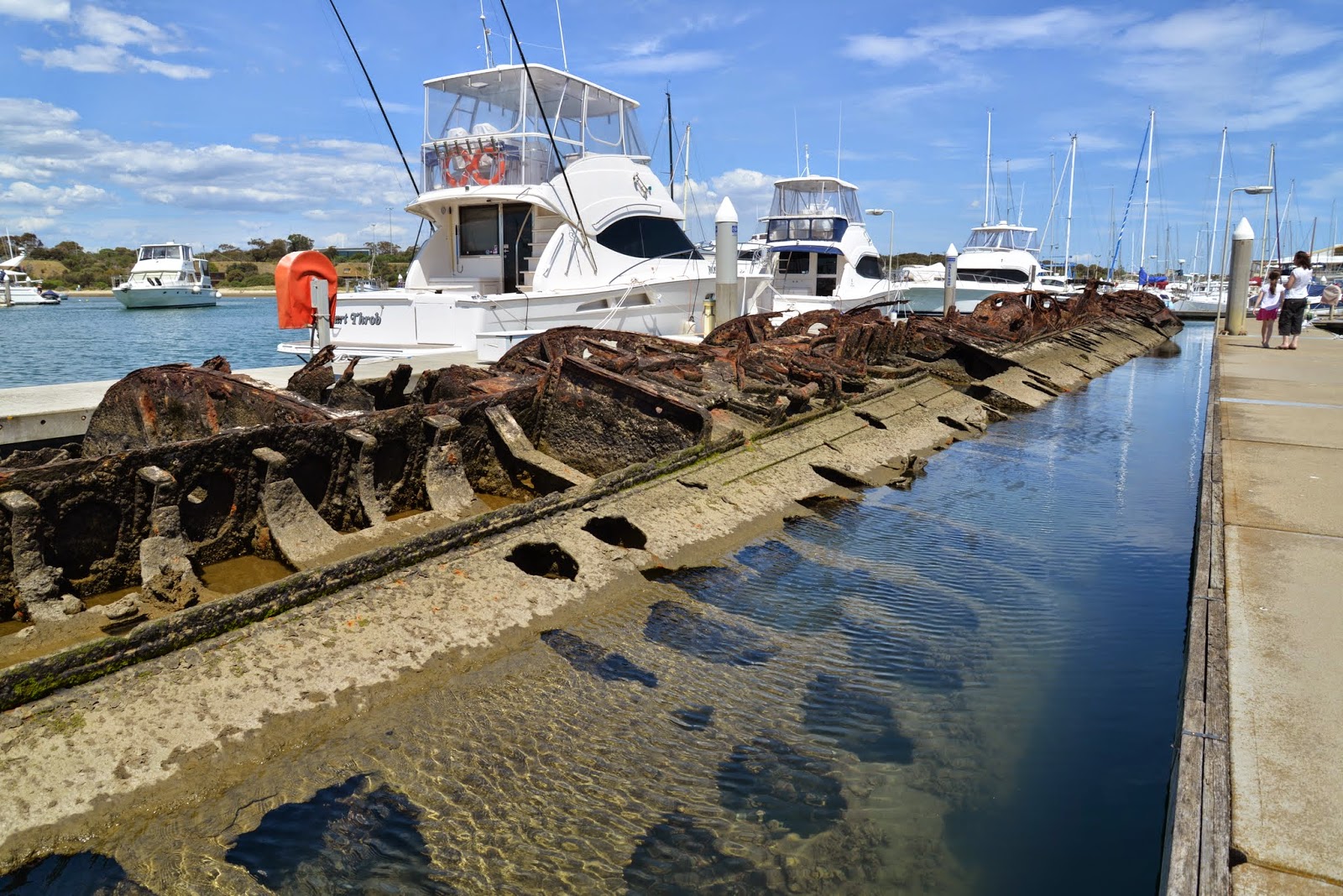 Posted by Peter Campbell at 5:43 pm

Hi there! I learnt about this today while taking a scenic helicopter flight over the area. Very interesting!