Session 303. After a very hot windless day on Sunday a nice cool south easterly sprang up late in the day. We headed to Mentone after work.  Some kiters were packing up as we got there close to 7 p.m.  Stu was having a good time kiting as I headed out on the Nugget and my Lithium 9.

Stuart arrived at the beach a bit later.  I had couple of really good runs, then noticed that Stu had managed to snag his kite lines on the no boating marker!  Stuart helped him swim in with the kite while I paddled out to retrieve the bar and lines.  Surrey Hills Rescue returned a favour!

The wind dropped off as dusk approached so we packed it in.  Very happy to get on and in the water after the recent hot spell. 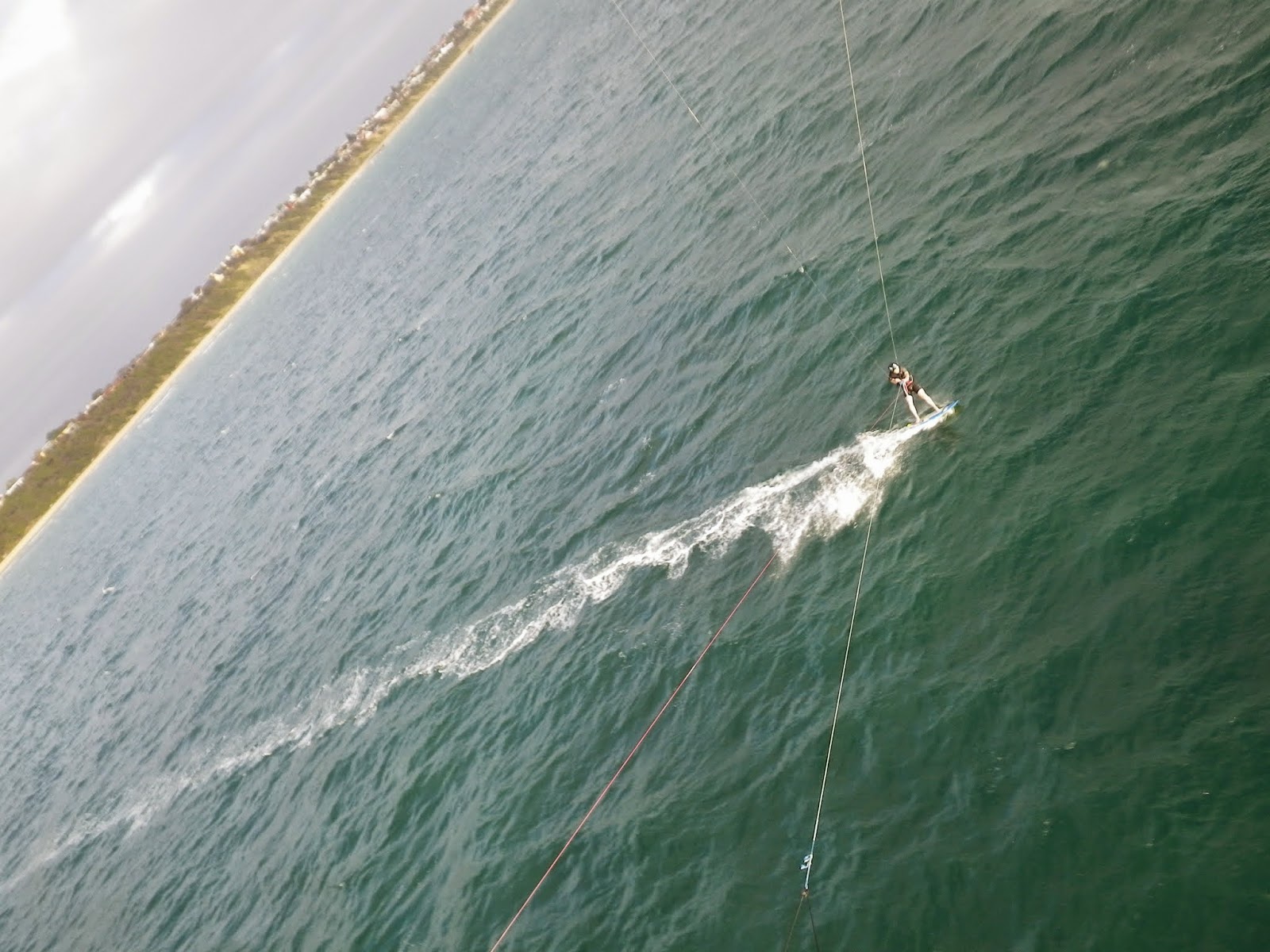 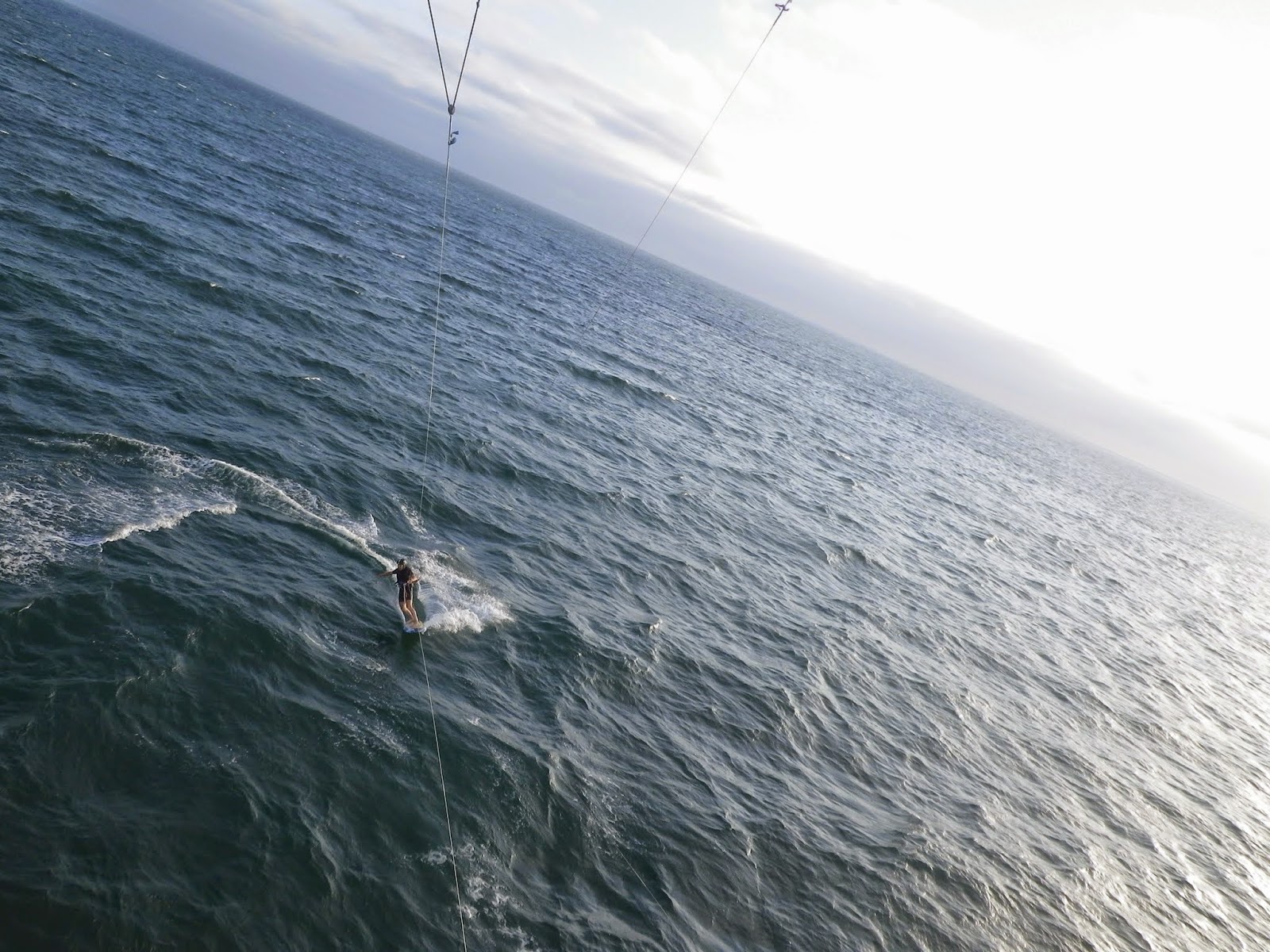 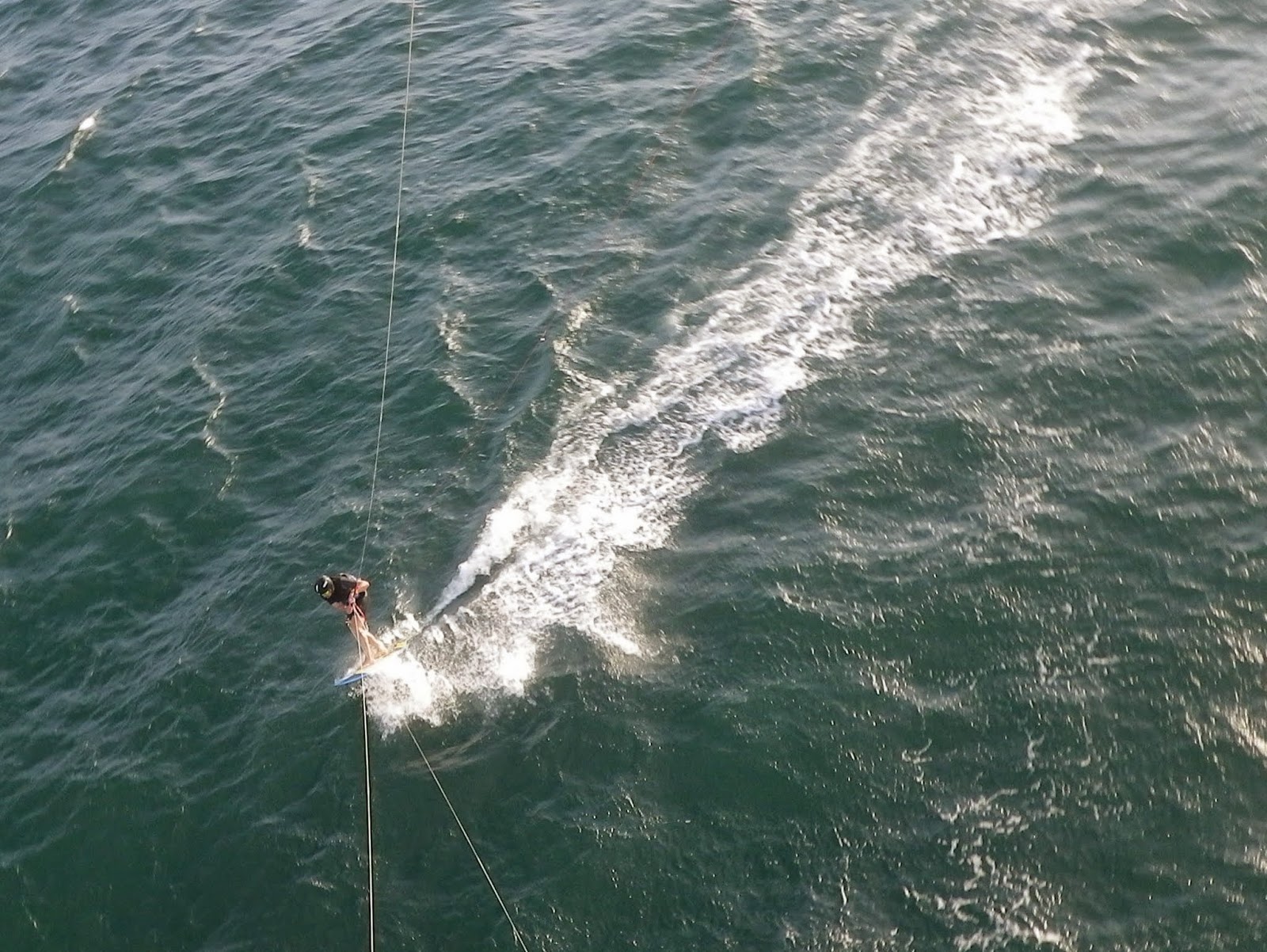 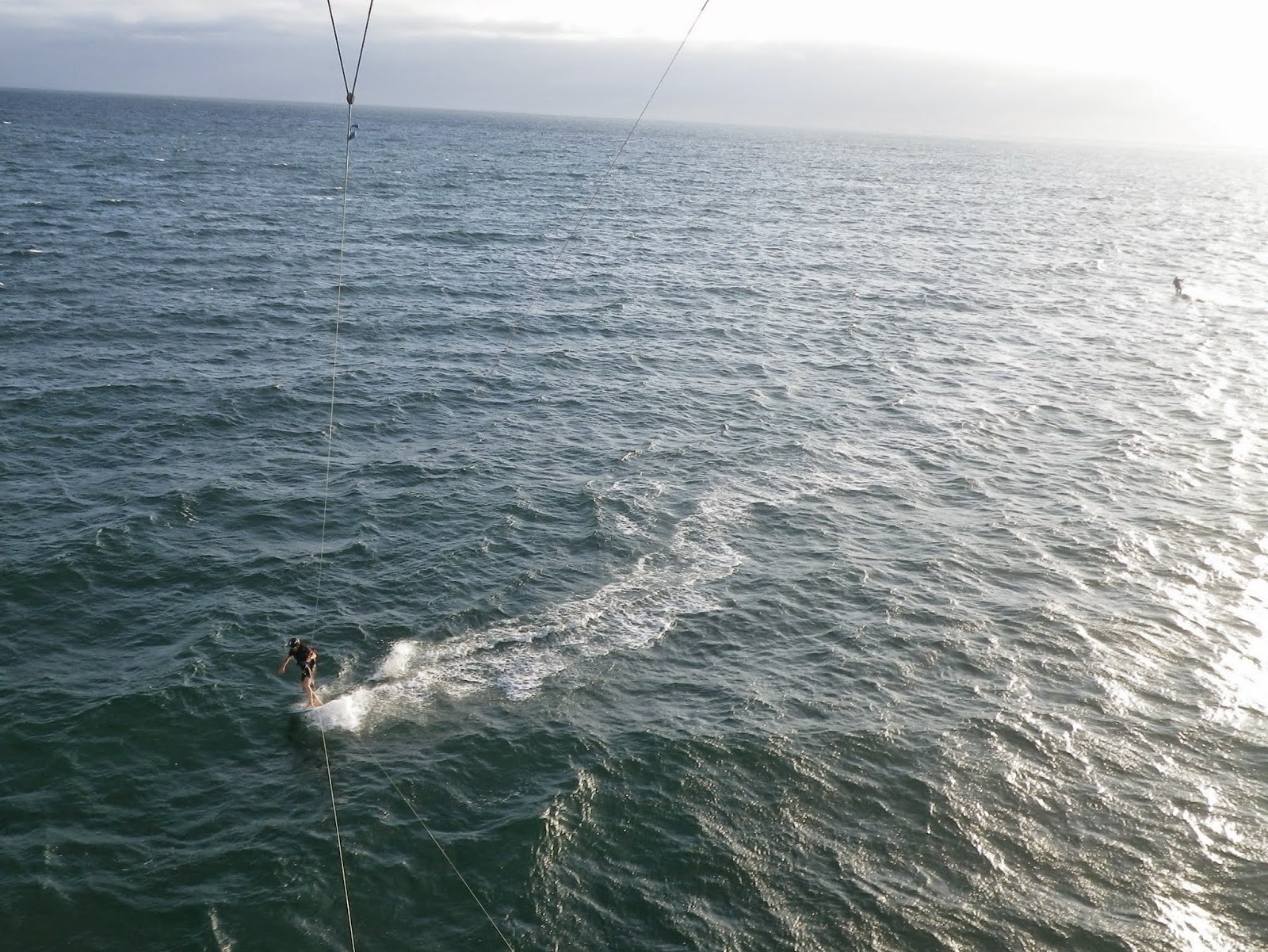 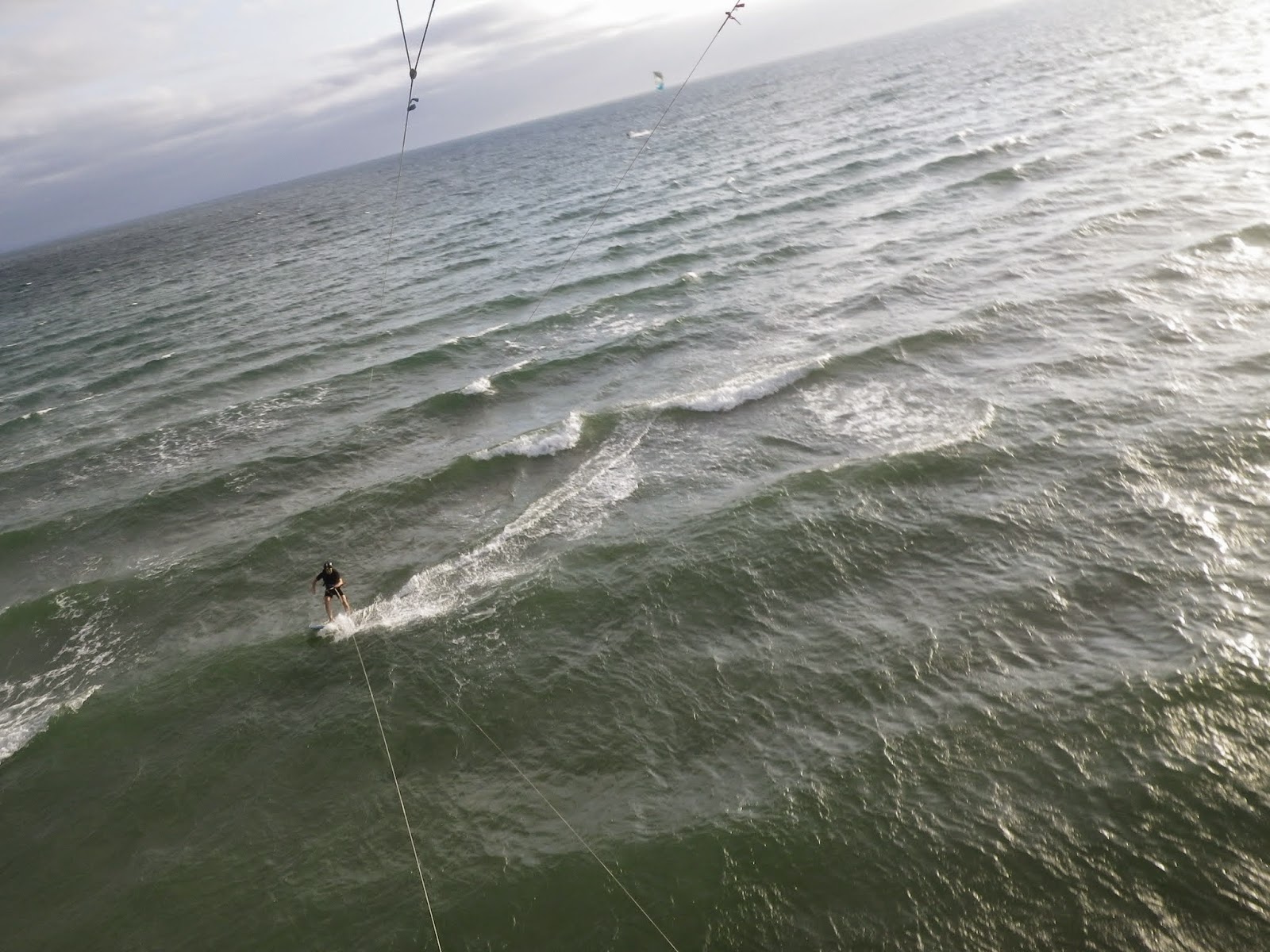 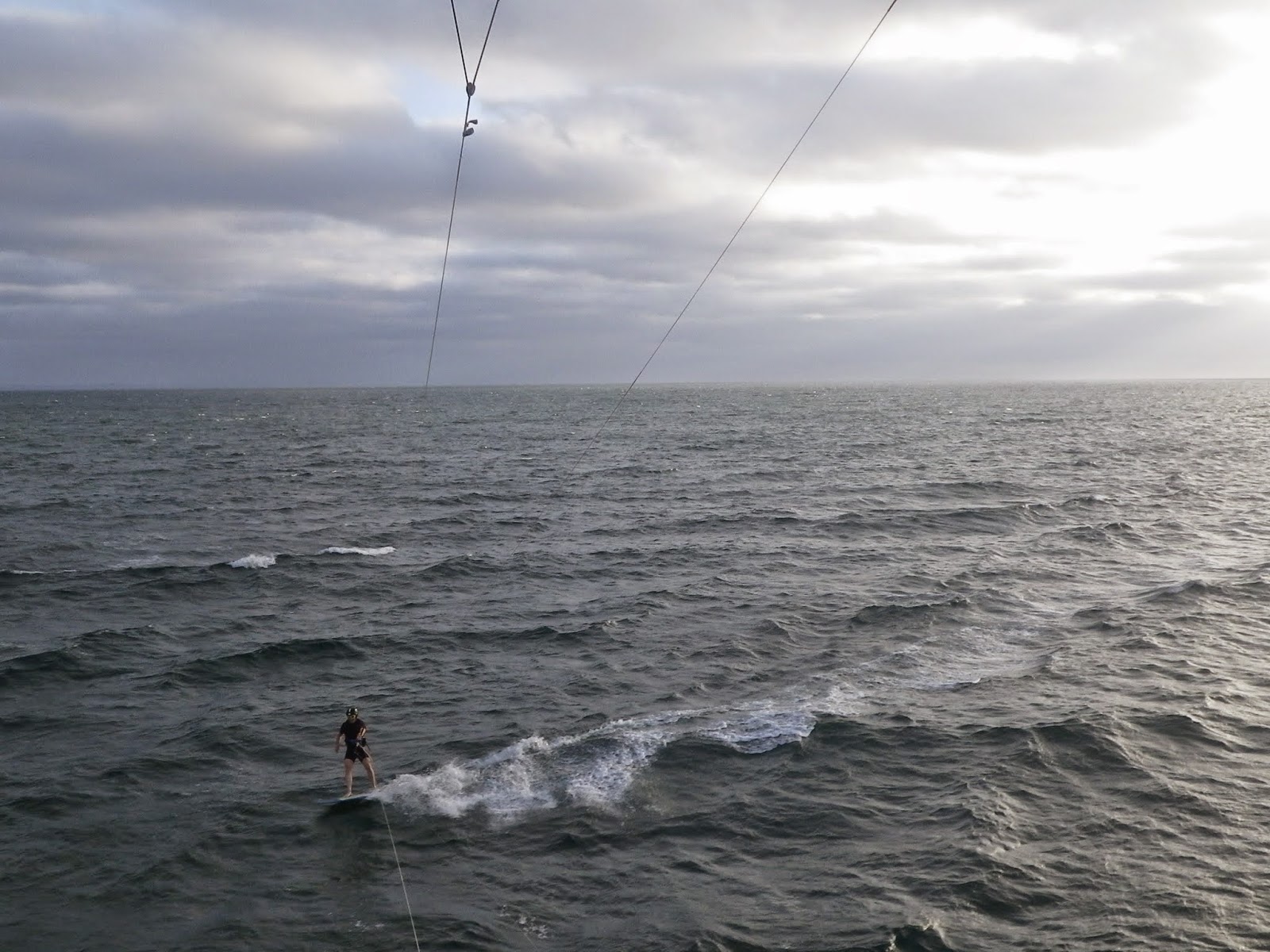 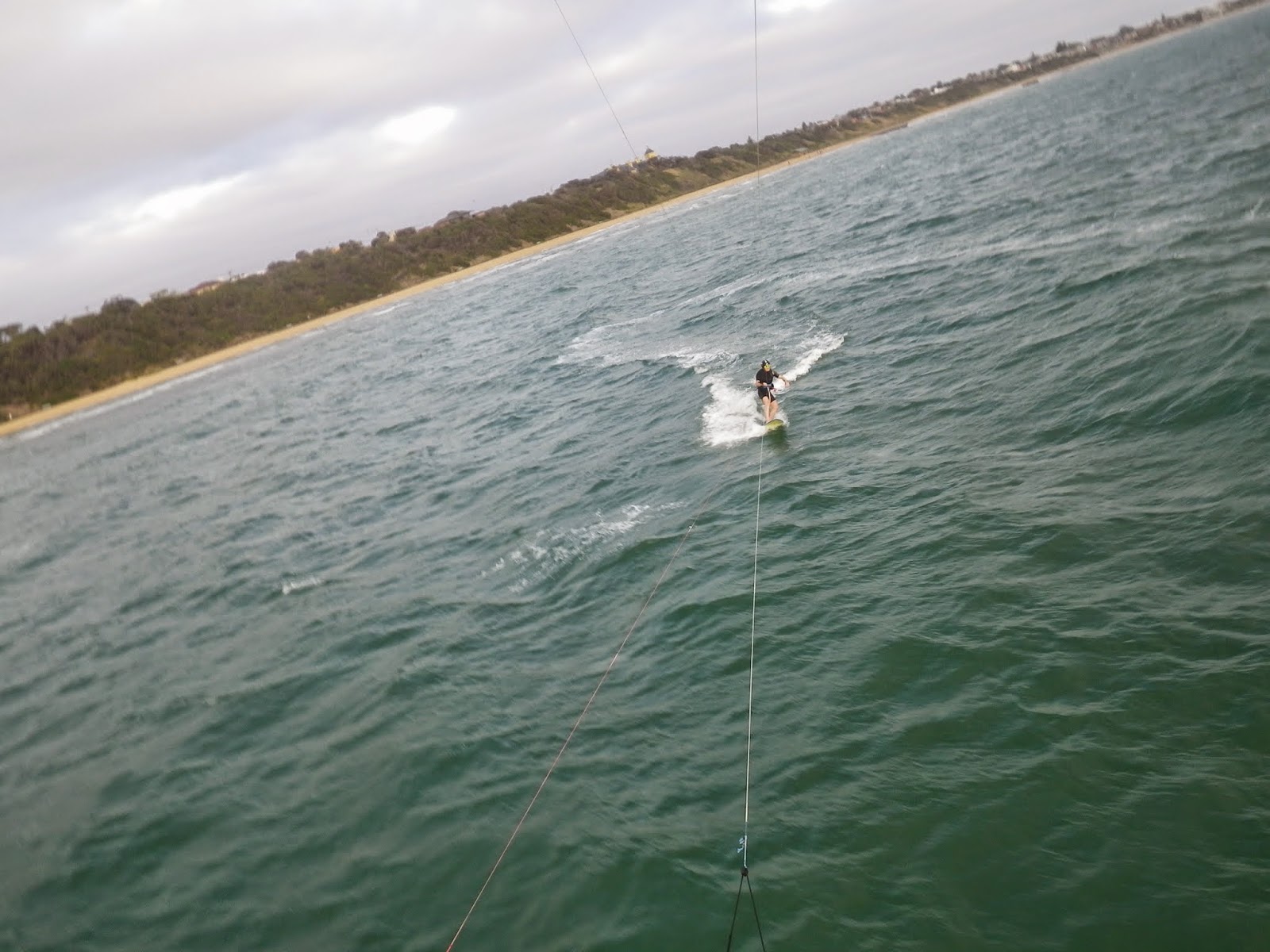 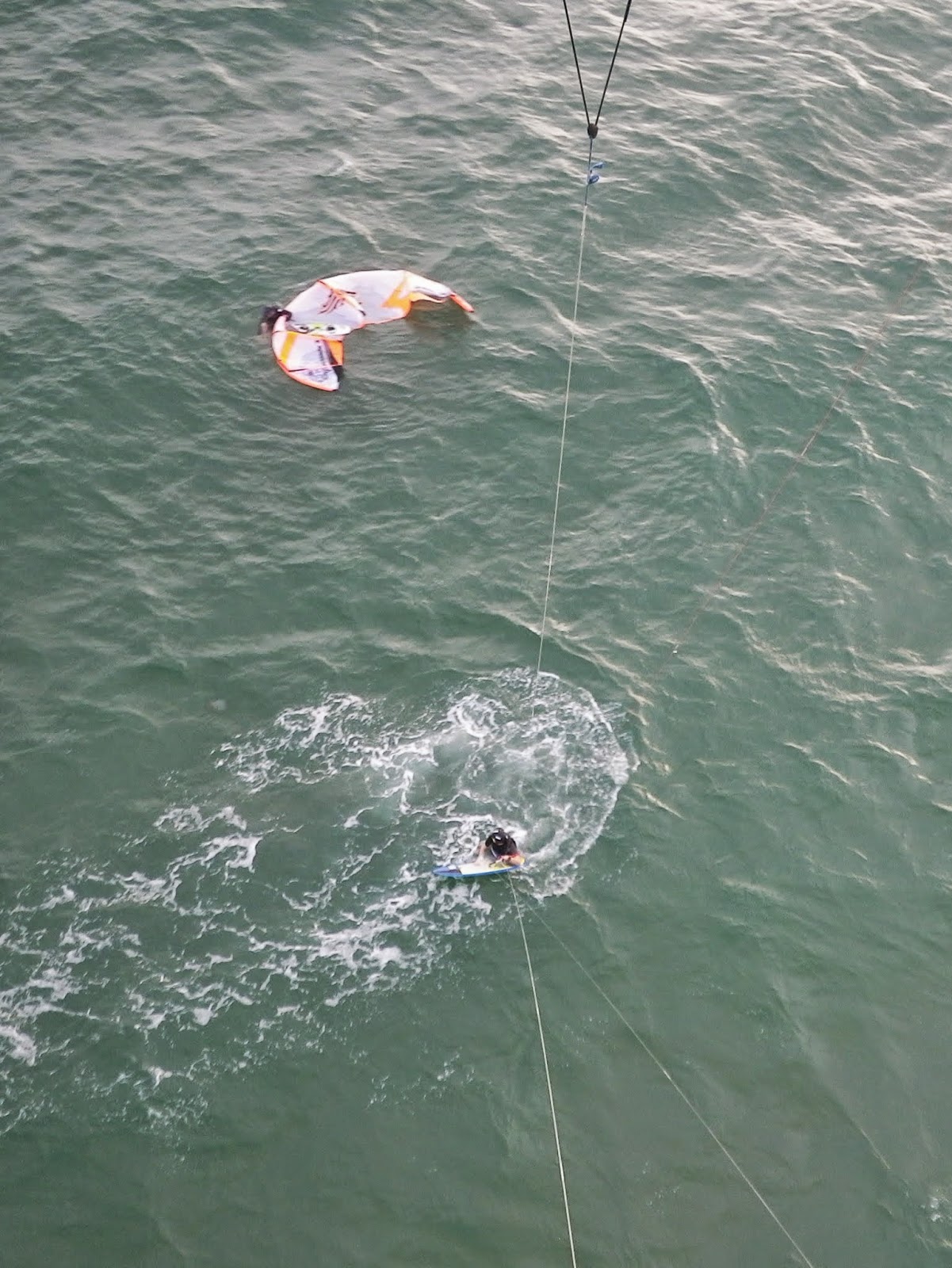 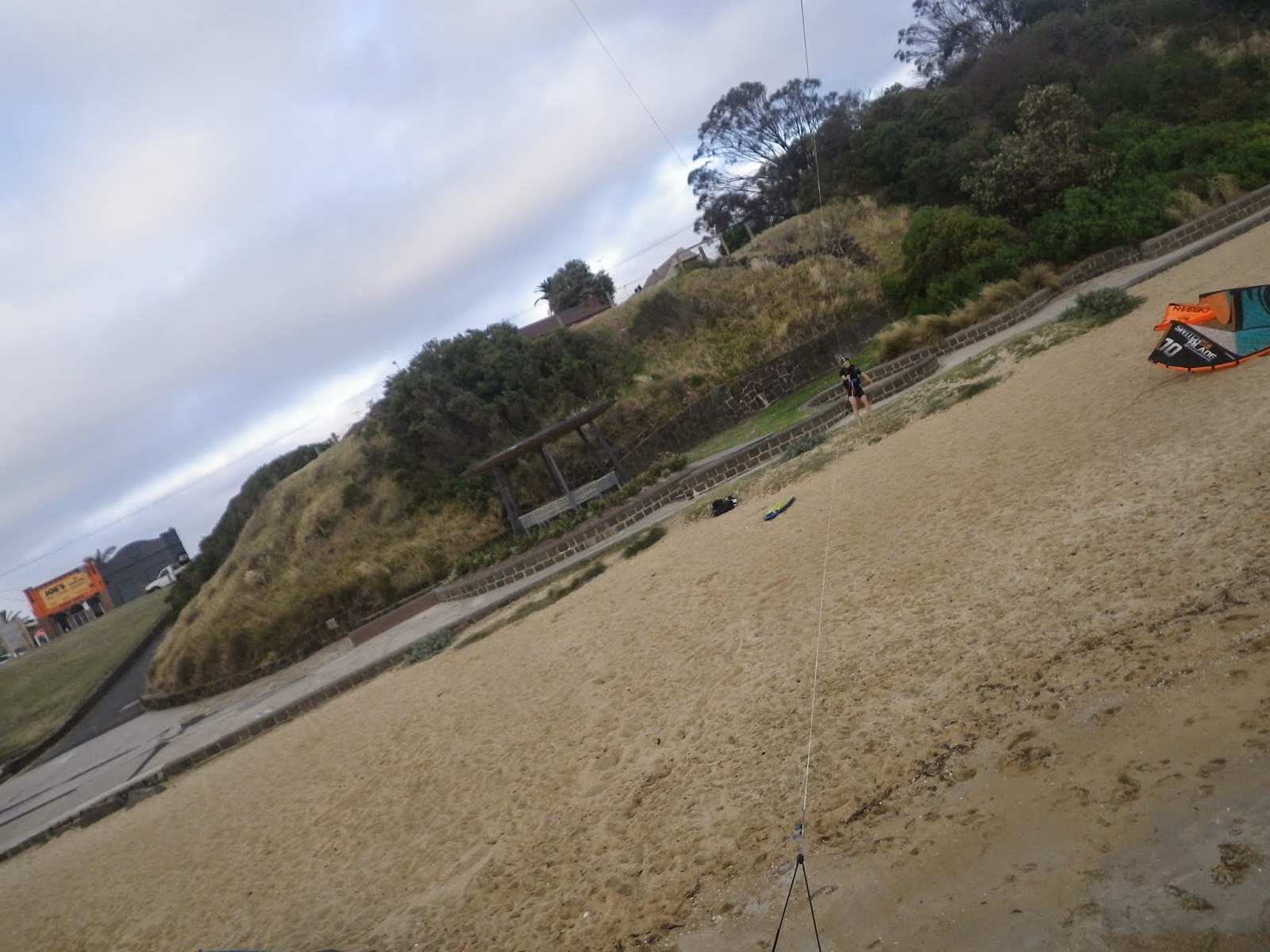