Session 367. After lunch and a short rest we checked out the west side of the headland but the wind was cross shore and there was quite a walk to get down to the reefy beach, so we drove down the Robe beach. There is vehicle access and the sand is good to drive along.  We continued down until the wind picked up and the waves were bigger then setup and headed out. 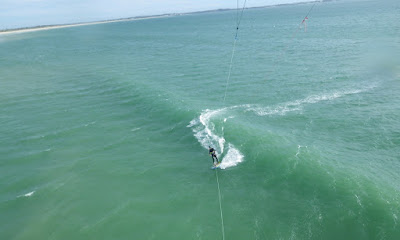 The wind was a bit offshore so keeping the kite flying was a tricky close to shore.  Once out there was enough wind to get going. Some good wave sets were coming in. We took turns picking a good wave then riding it in.  I did some figure 8's with the kite to get on some waves.  The surf was really nice.

We headed downwind following the waves for a long and enjoyable session.

After a while I looked back at the distant cars and decided the walk back was long enough for me so I landed my kite, packed it away and left it with my board and harness.    The others were continuing on downwind.

I walked and jogged back to the car, which took a lot longer than I thought. It was a 2 km walk.

I drove my car back to my gear and just as Stu was walking up the beach, looking rather tired.  He jumped in and I gave him a lift back to his car, then we both headed down to get the other two.

We got back to Robe just on dark so we headed out for meal, each demolishing a large pizza to regain some energy.

We were all shelled after the day's activities. 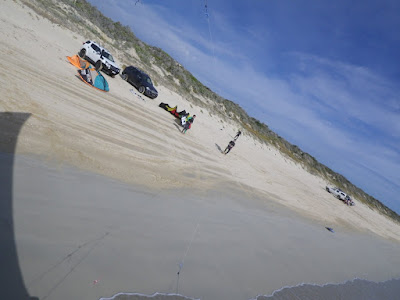 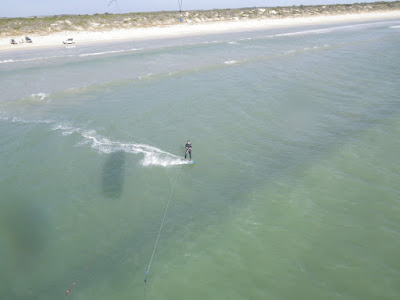 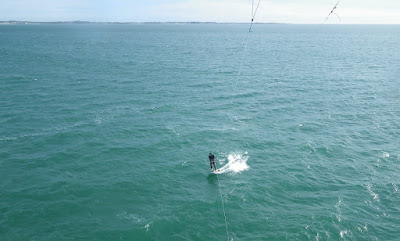 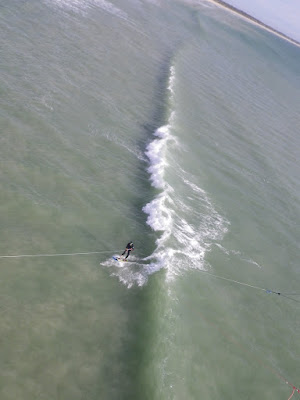 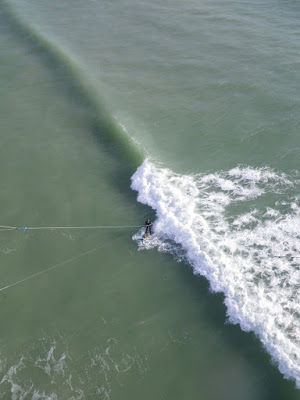 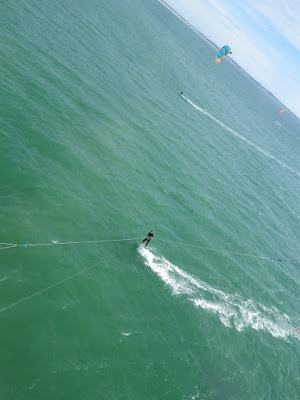 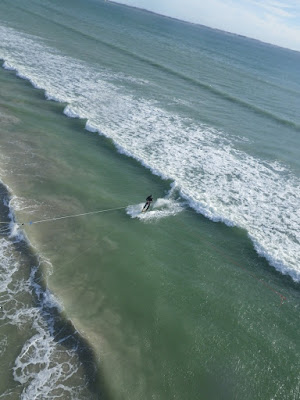 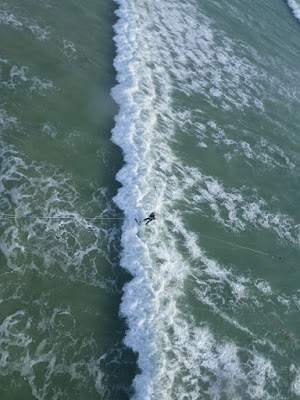 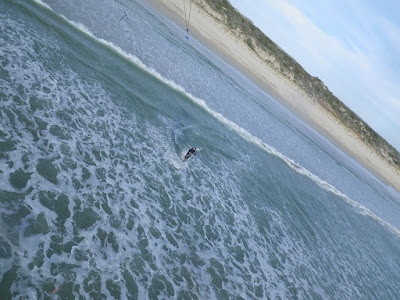 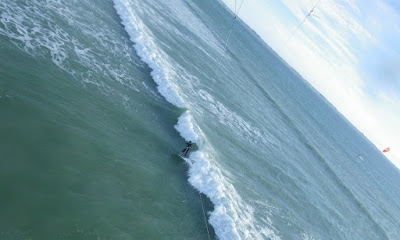 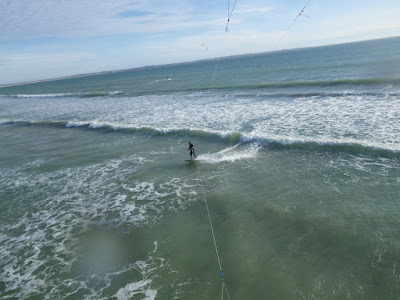 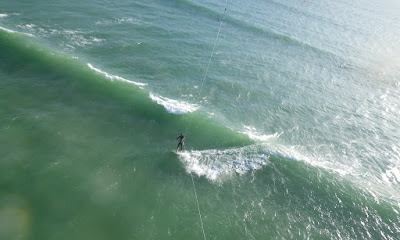 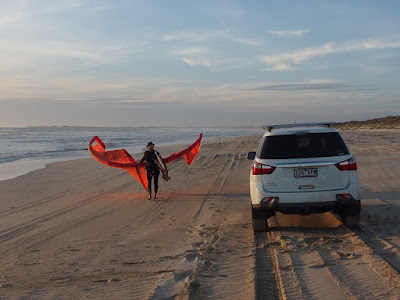 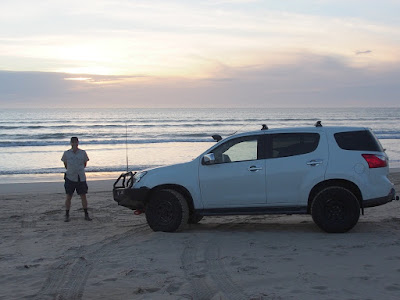 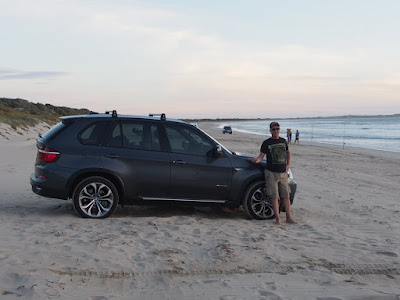