Session 557. We packed up, had a hearty breakfast, left the Daintree Rainforest Lodge, got the gear onto the boat and cruised out to Mackay Cay, another Sandy Cay to the north of Undine Cay. There was some tour boats at the Cay when we arrived - the big 25m Sailaway cat and the RIB that brings people out from the Daintree on day tours.

We setup the beach shelter again and rigged up with good wind blowing.

The kitesurfing was fantastic again. Plenty of water over the reef and a nice sandy bottom around the Cay.  There were a few turtles in the water, fish darting about and even whales breaching far out to the north. 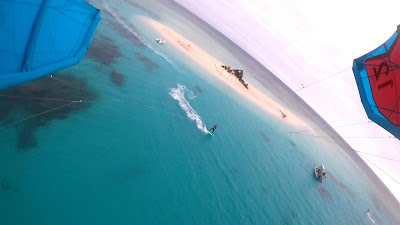 There was some small swell on the windward side of the reef that was fun to crank some turns in.

I kited all around the Cay again. I did one long run surfing the small waves along the windward side of the Cay along the edge of the reef. When I tacked at the end of the reef I was downwind of the Cay and a fair way out so I headed back to the Cay towards where boats were moored on the leeward side.

There were no snorkelers in the water as I passed downwind of the moored Sailaway cat and kept going on a port tack out to sea.

On my return starboard tack a motorboat was approaching me upwind also on a port tack but not giving way so I tacked and went out to sea again.

Returning on a starboard tack I was surprised to see the Sailaway cat had lifted anchor and was motoring directly towards me! He didn't give way so I passed downwind again. On my returning port tack, still downwind of the cay, I was surprised that Sailaway had stopped moving to put up sails and was in my way again. The skipper could have easily motored away upwind from me but chose to stop in my path. This was annoying and could have been dangerous.

The Sailaway skipper even "complained" to Brett via SMS about me "passing too close to his boat and getting in his way". He is apparently oblivious of right of way rules. Tour boats should follow marine protocols.

I passed downwind of the cat and continued out to sea again for a considerable distance to get away from all the boats and succeeded in getting back to the cay.

Once the boats were gone we had the Cay to ourselves and the freedom to kite everywhere and solitude.

We setup our swags then had a final kitesurfing session late in the afternoon. Vanessa crashed her kite then I dropped mine trying to retrieve her board. Brett came out in the RIB to retrieve us.

And excellent dinner during sunset and a warm fire on the sand made for a very pleasant evening.

The swags were very cosy and no crocs visited or were sighted!

The clouds parted during the night to reveal the stars. It was a great night's sleep. 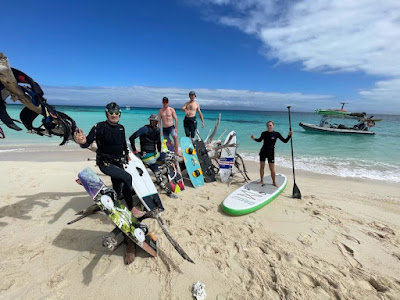 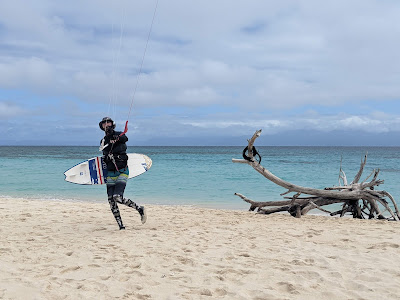 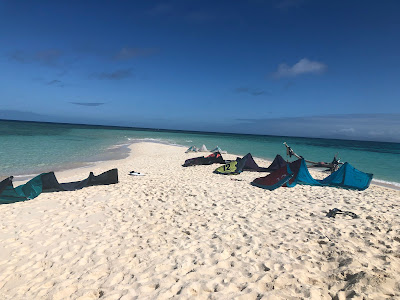 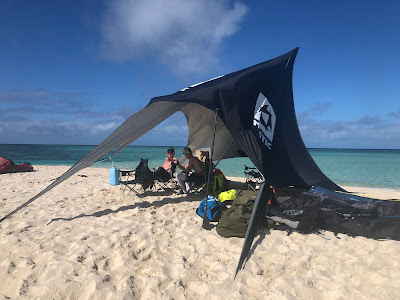 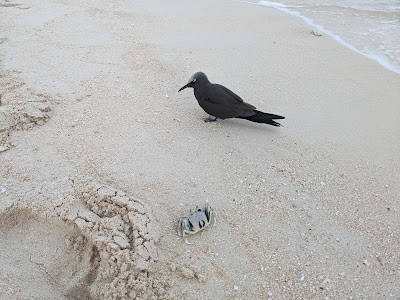 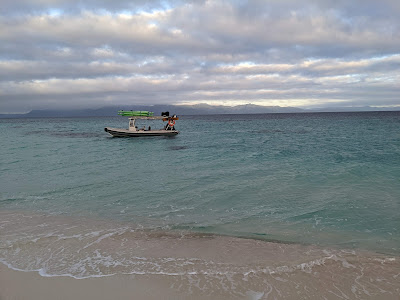 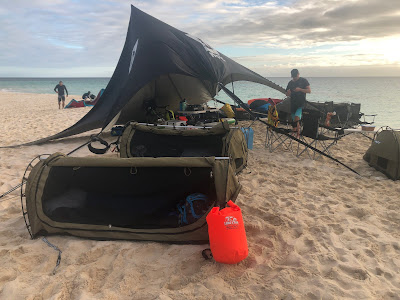 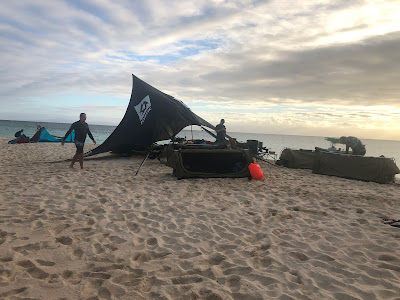 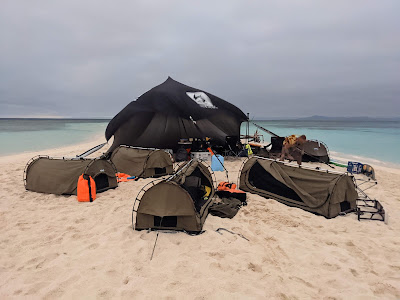 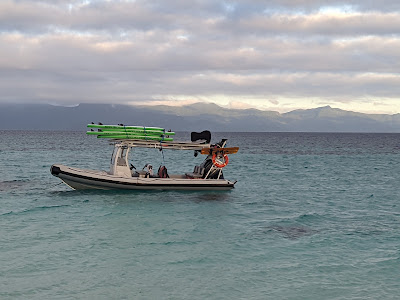 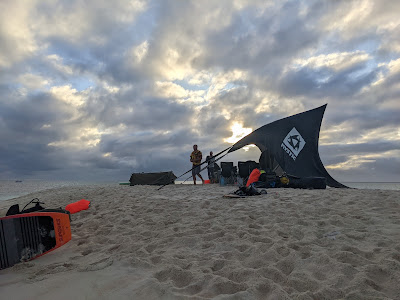 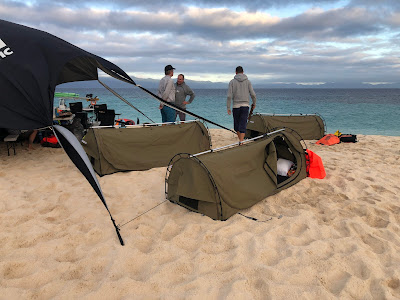 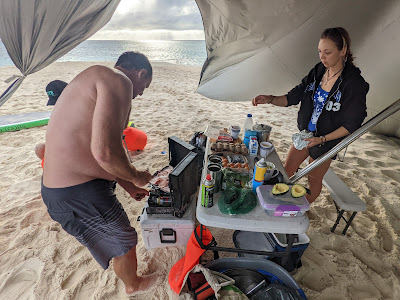 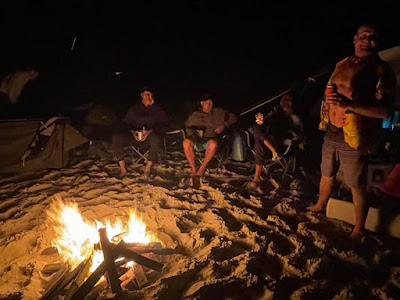 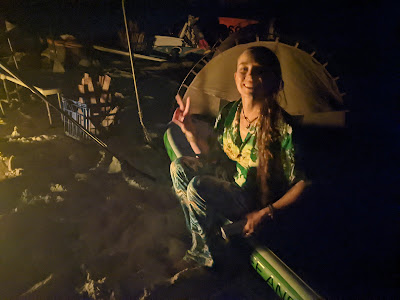 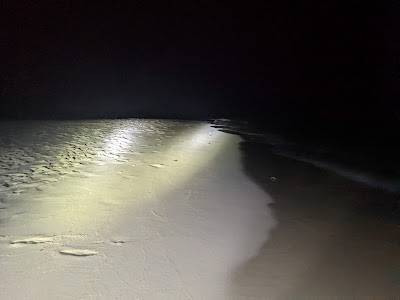 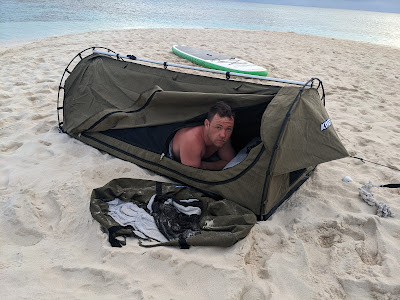 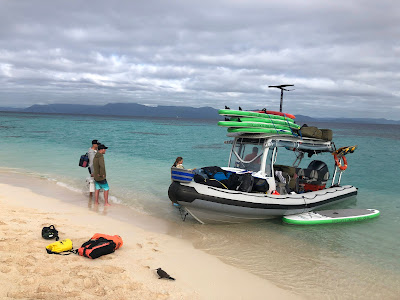 Posted by Peter Campbell at 5:32 pm