We headed to Werribee South beach to take advantage of the forecast easterly and to scope out this location for kitesurfing. 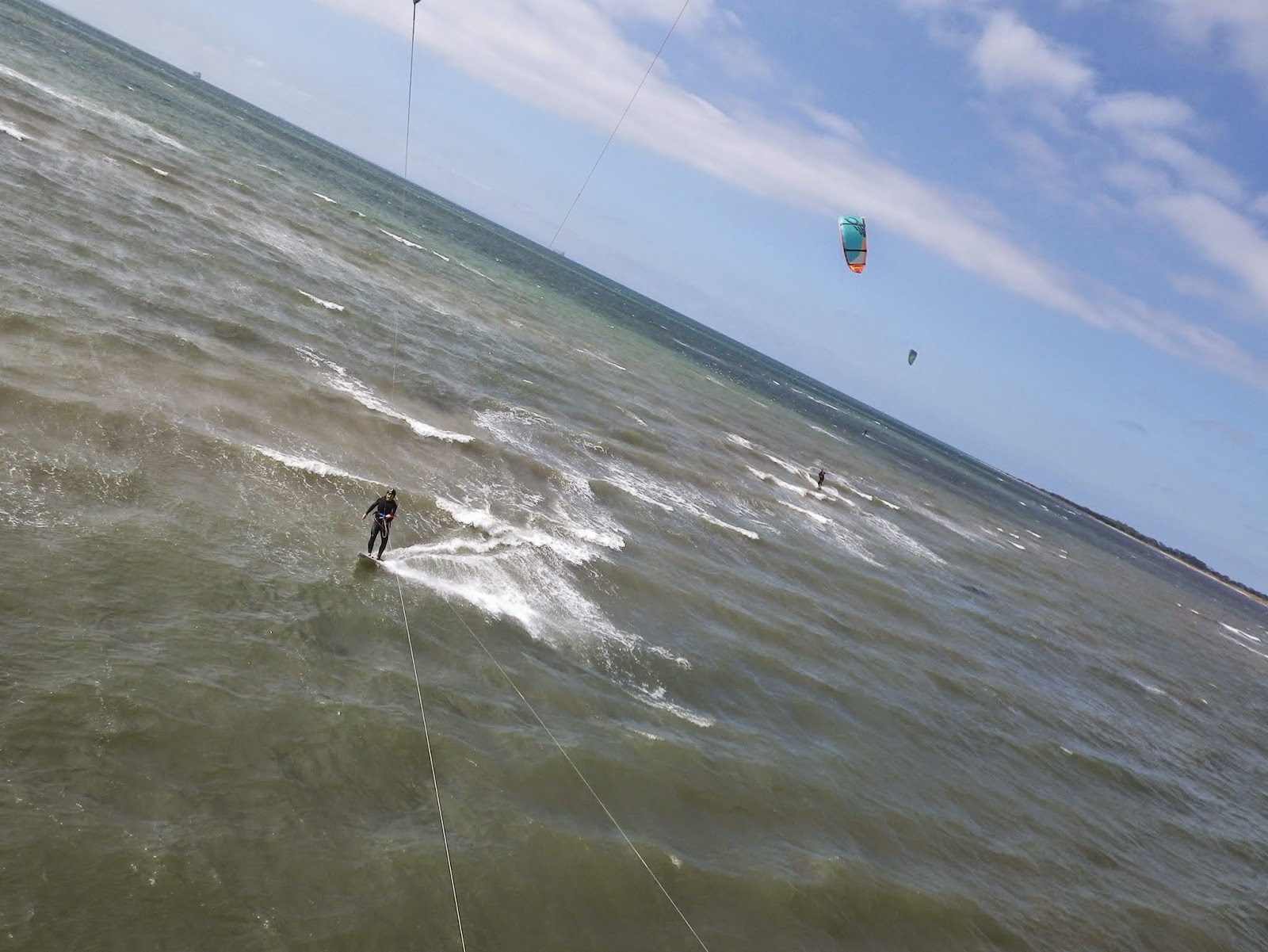 We were pleasantly surprised.  The wind was blowing around 15 to 20 knots so we decided to try the downwinder to Altona.

The beach was wide enough for easy kite launching and fairly clean.  We did a run first to the south west and peeked around the corner towards Point Wilson.  Coming back along the small surf was nice as we waited for Eric to get on the water.

I was well powered on my Lithium 12 so I was taking it easy.  A few upwind tacks got us past the new Wyndham Vale marina then we had some nice kiting down past the beach shacks of Campbells Cove and past the RAAF Point Cook Base.

Getting around Point Cook was interesting - I came in close the reef and hit it!  Hard to spot the rocks under the whitewash.

Past the reef it was all downwind with flatter water, some nice small waves in sections.  Downloop turns kept the momentum up.  One guy was kiting right into Skeleton Waterholes Creek on his twintip board. I wasn't going to try it on my surfboard.

We headed right up to the pier then came in to land.  We were all very happy with the downwinder, and chatted to Mike about getting a lift back to Werribee South.

Stuart suggested we kite back.  I was a bit tired but keen to give it a go, as was Eric, so we all headed off.

It was hard work kiting upwind with lots of tacks.  At one stage near the Cheetham Wetlands I heard someone yell.  An idiot had kited up behind me and nearly crashed his kite into mine! I yelled at him to stay away and not tangle the kites.  This was bizarre as there was nobody else around.  Why on earth come right up behind someone like that?

Eric was powering ahead upwind but I was getting tired.  Then we rewarded by spotting a trio of Dolphins cruising along heading slowly out - these are the first I have seen kitesurfing.  We passed them several times on the seemingly endless tacks in lightish wind.

Up at Point Cook we walked across the point to avoid the reef and had a nice short blast at good speed then the wind dropped out just before the pier at the RAAF Point Cook Base.  We were stuck!  Stuart eventually got around the pier.  It took me several goes before I did too.

Then we had some more wind and made better progress, but still needed to tack. Up at the new Marina I ventured inside it, but the wind dropped and I only just made it back out of the flat water.

Then I was schlogging back and forth to get around the rock wall and couldn't do it.  So frustrating to get so close to Werribee and not make it!  I would have made it on the Nugget. Stuart and Eric had got around though just before me.

I landed my kite on the small beach next to the marina and Stuart showed up with the car almost immediately.

This was an epic session.  We stocked up on caffiene, lollies and potatoe chips to replace our depleted energy on the drive home.

Everything is sore - arms, legs, torso, hands and neck.   Cramps are looming too so I have taken a magnesium tablet.

My GPS battery was flat again so I have mapped out our progress on the Google map.  I estimate we did 30km on the downwinder and at least 48km on the upwinder making a total of 78km!

Overall, I am very happy with this outing.  A big day out! 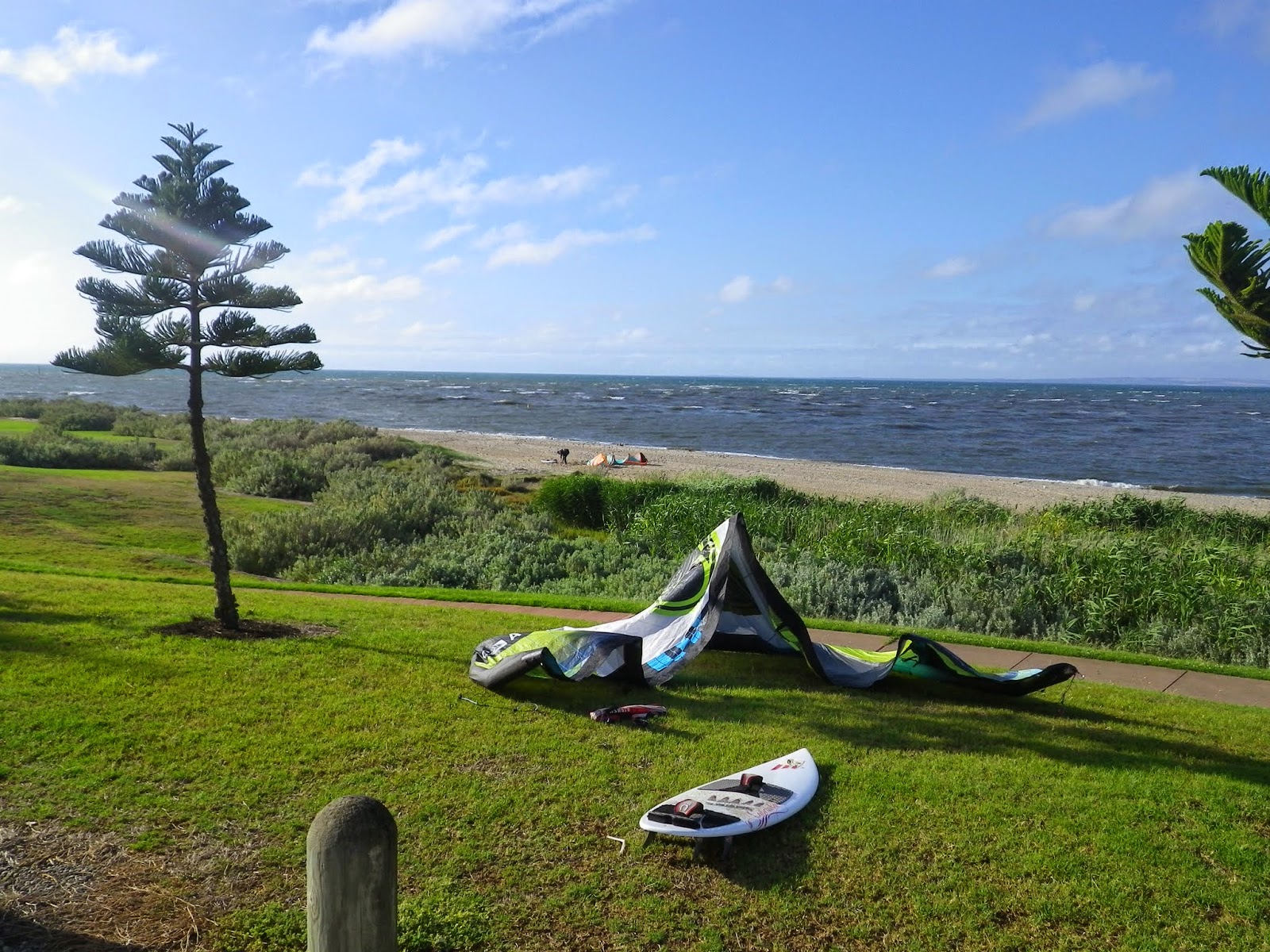 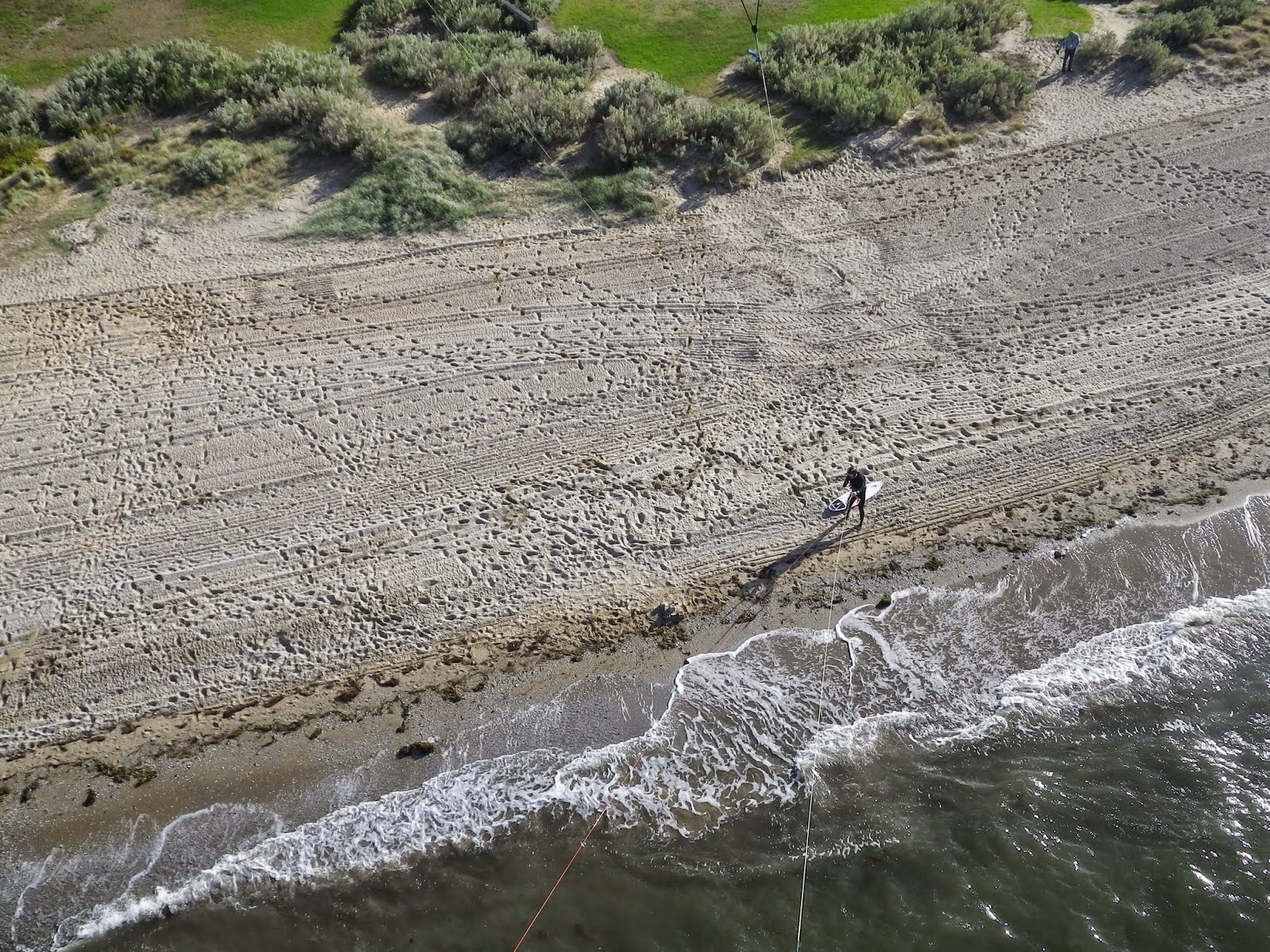 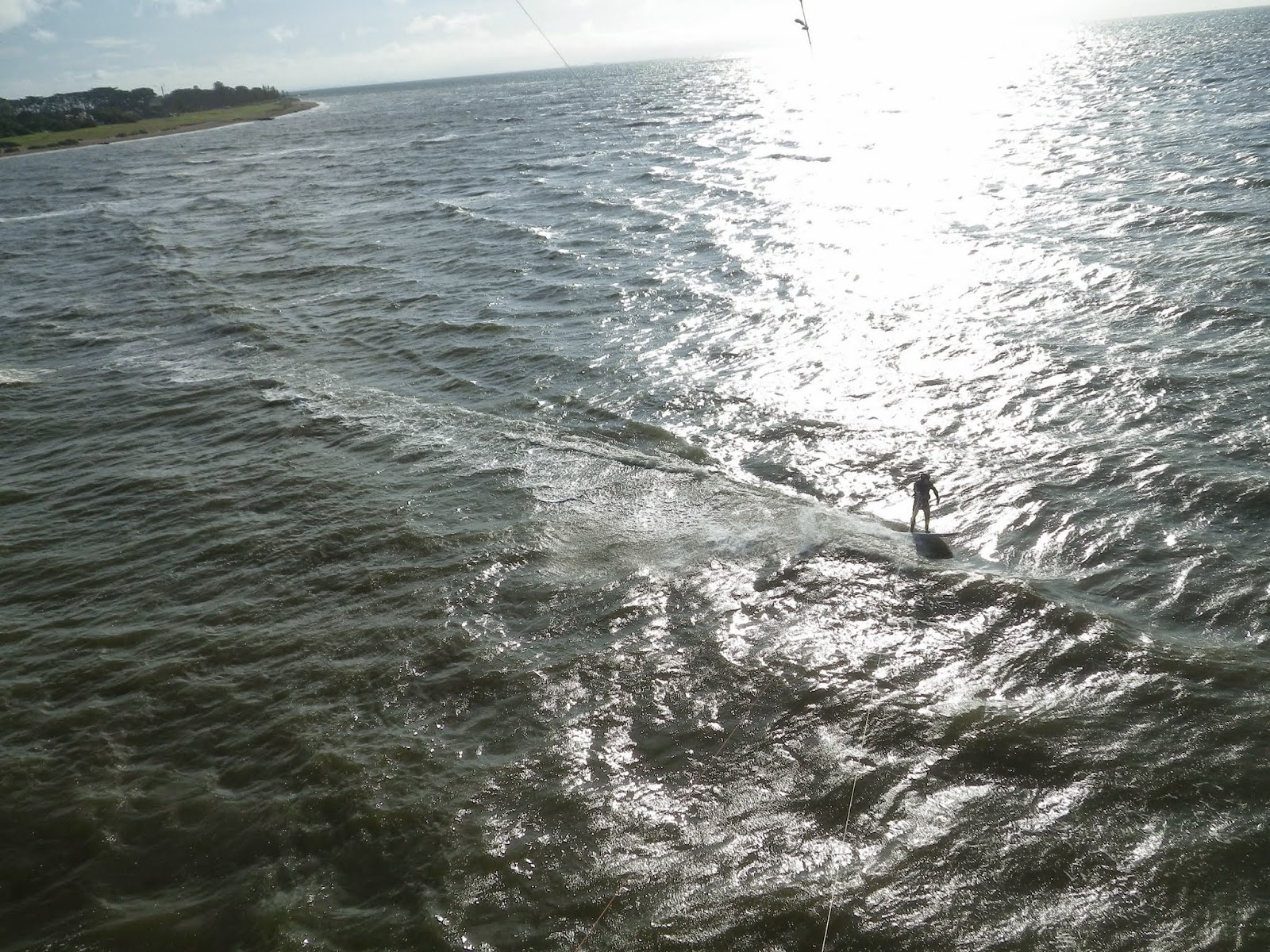 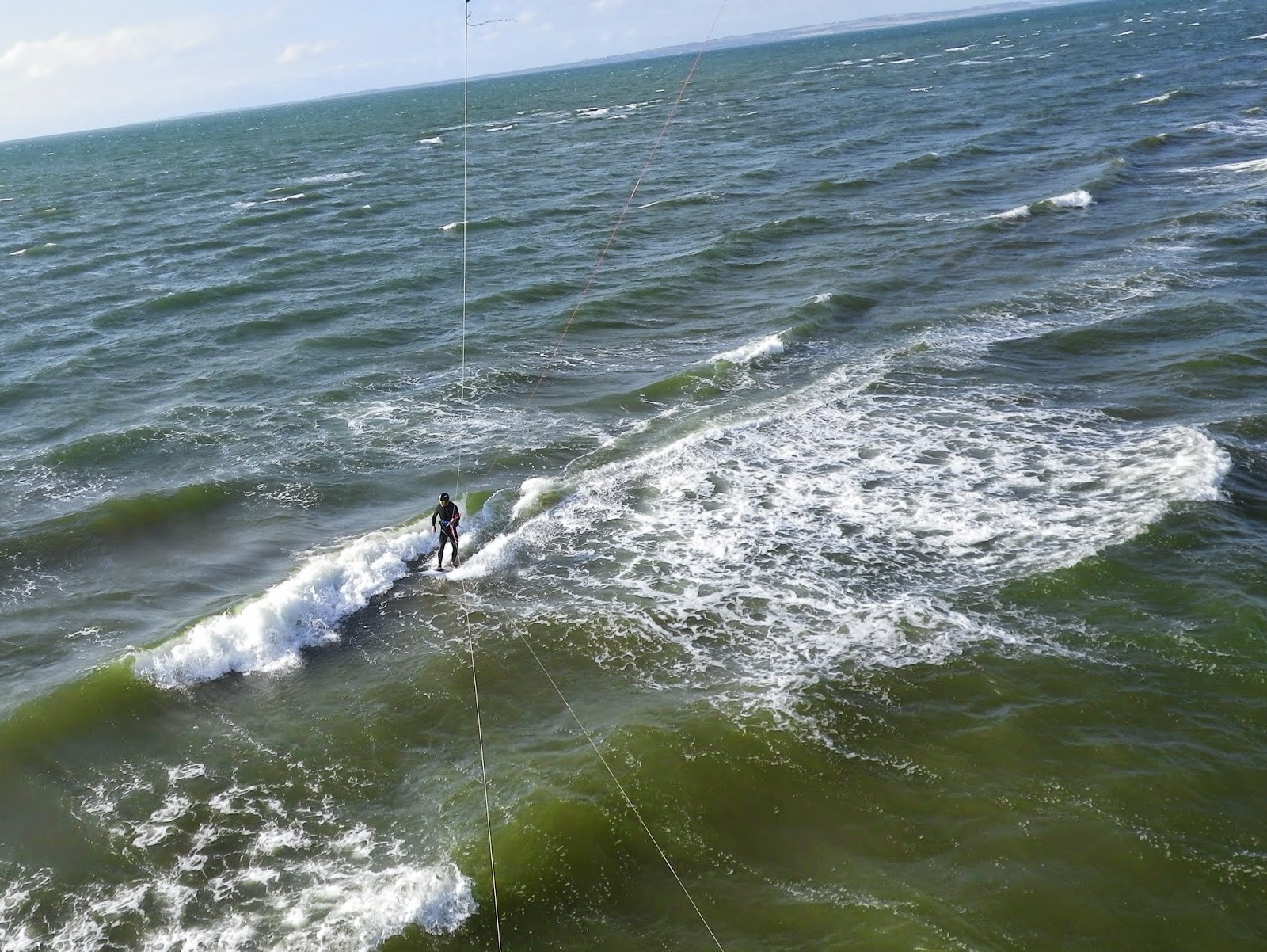 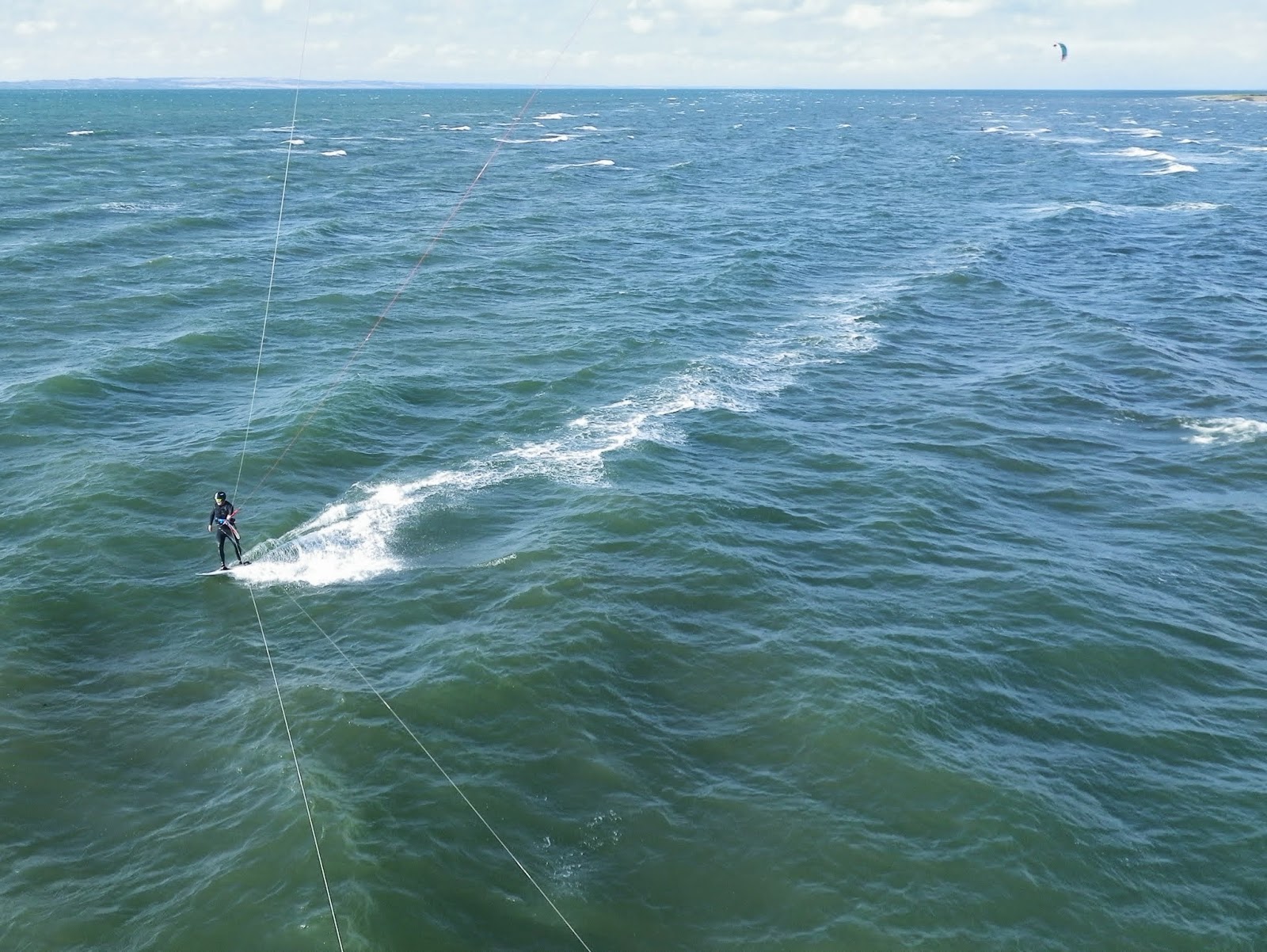 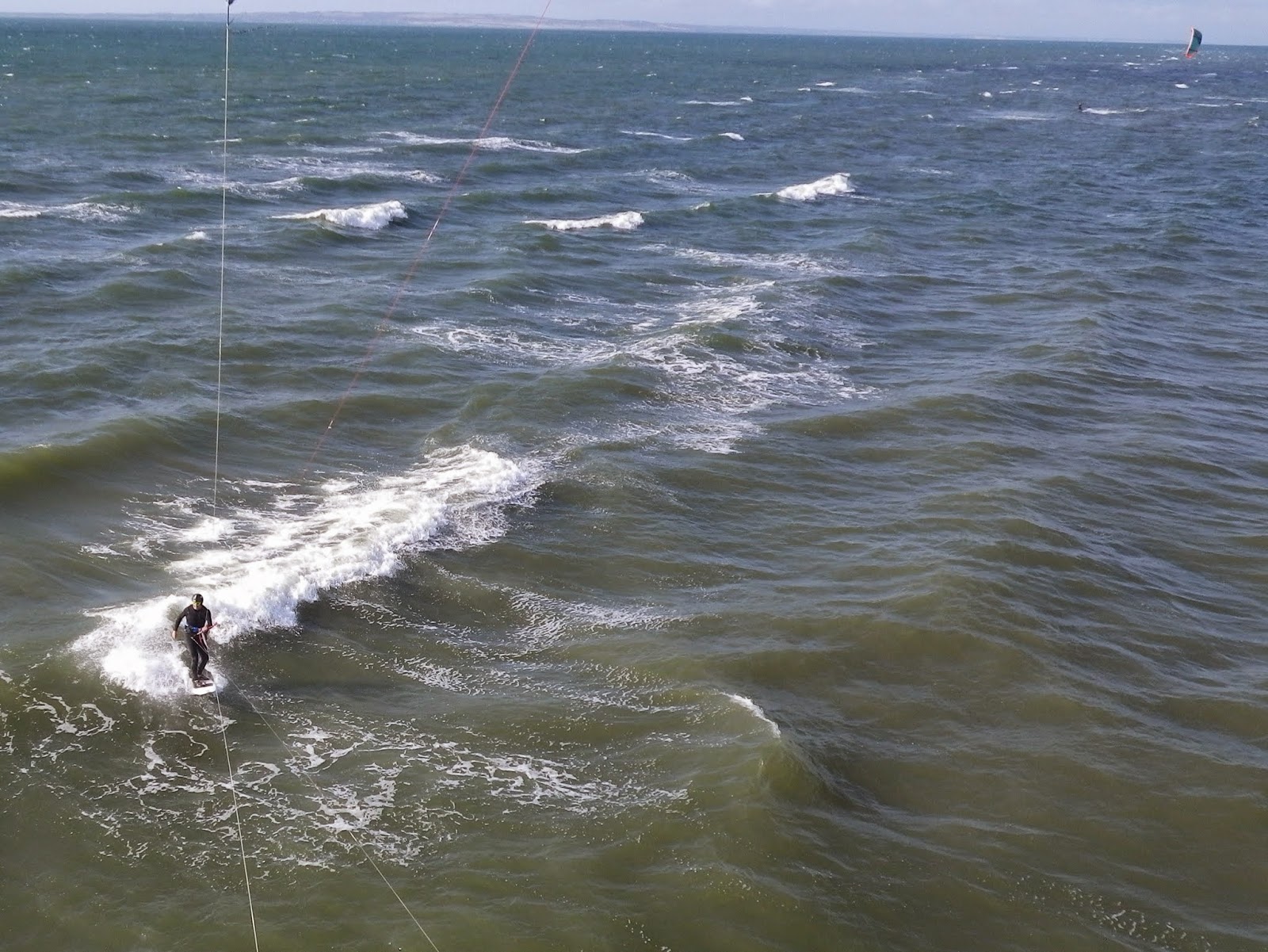 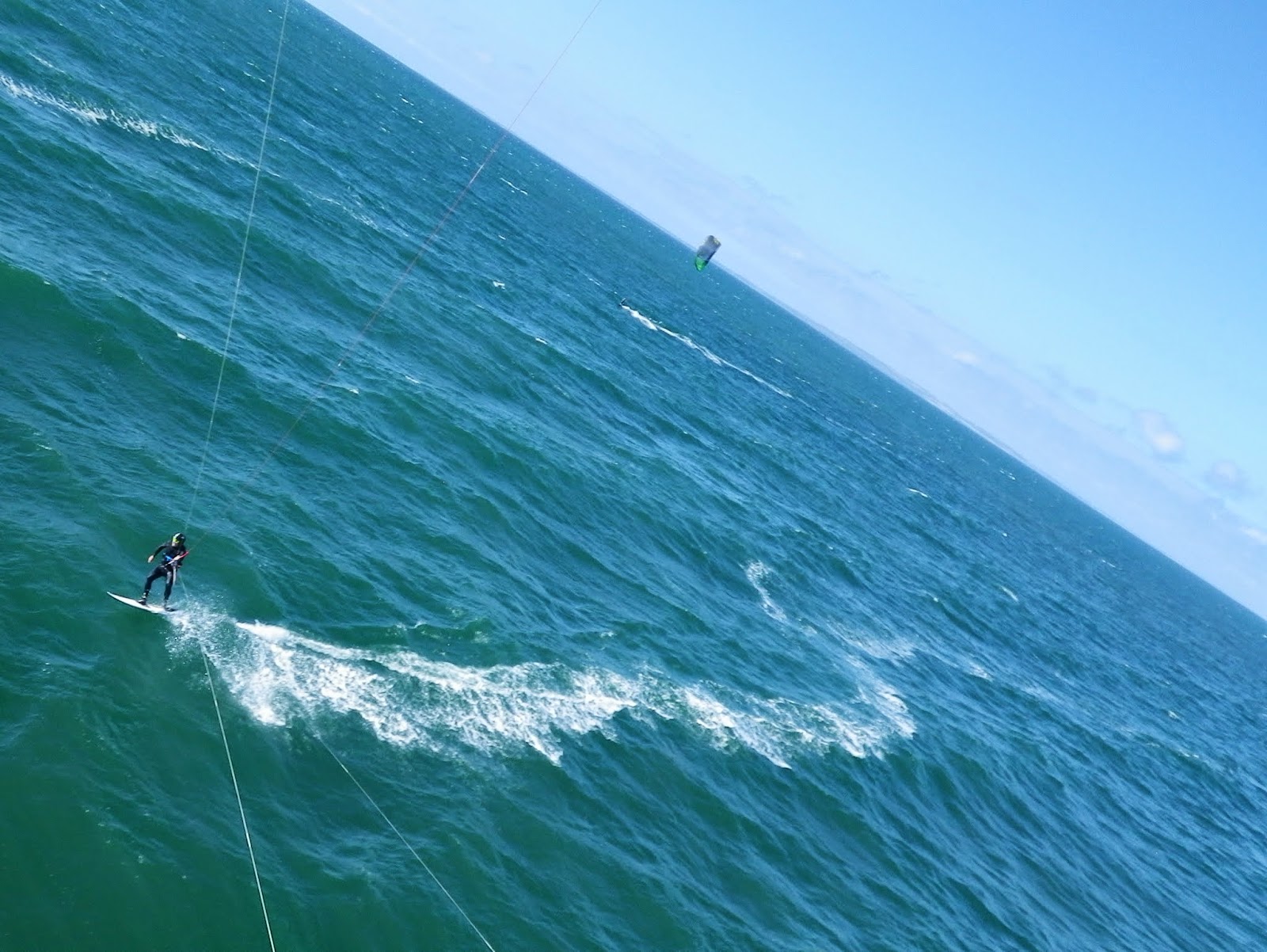 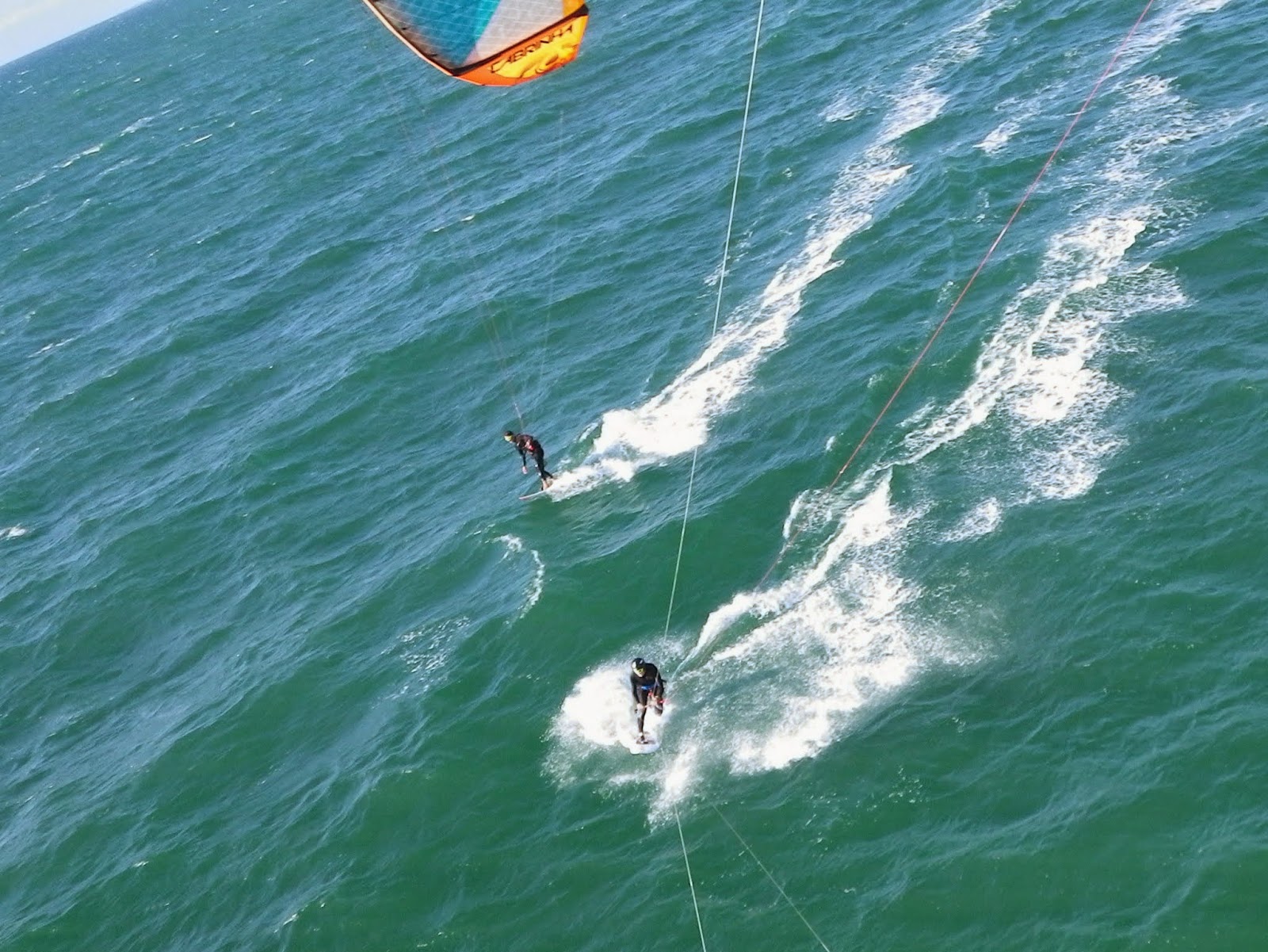 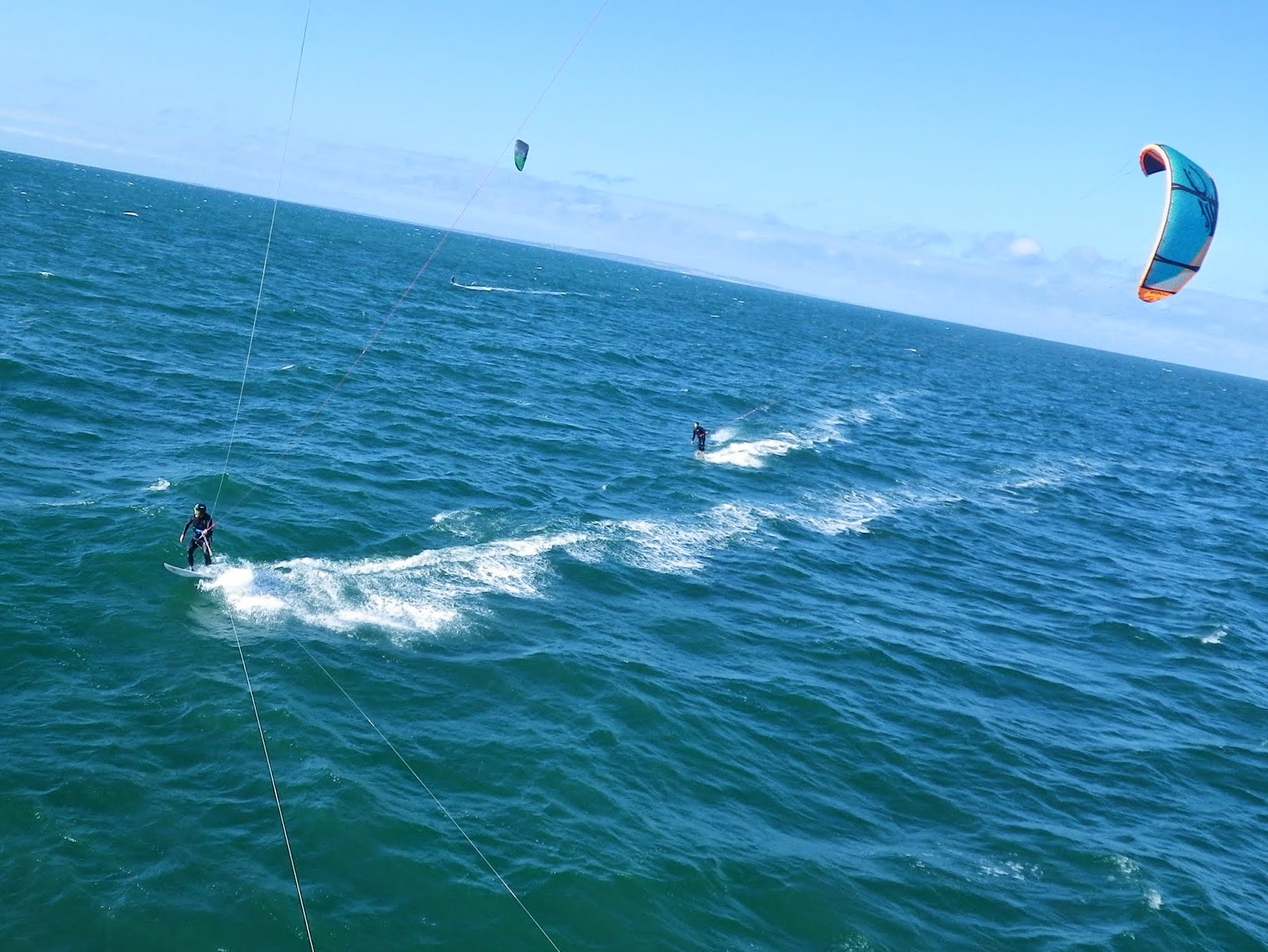 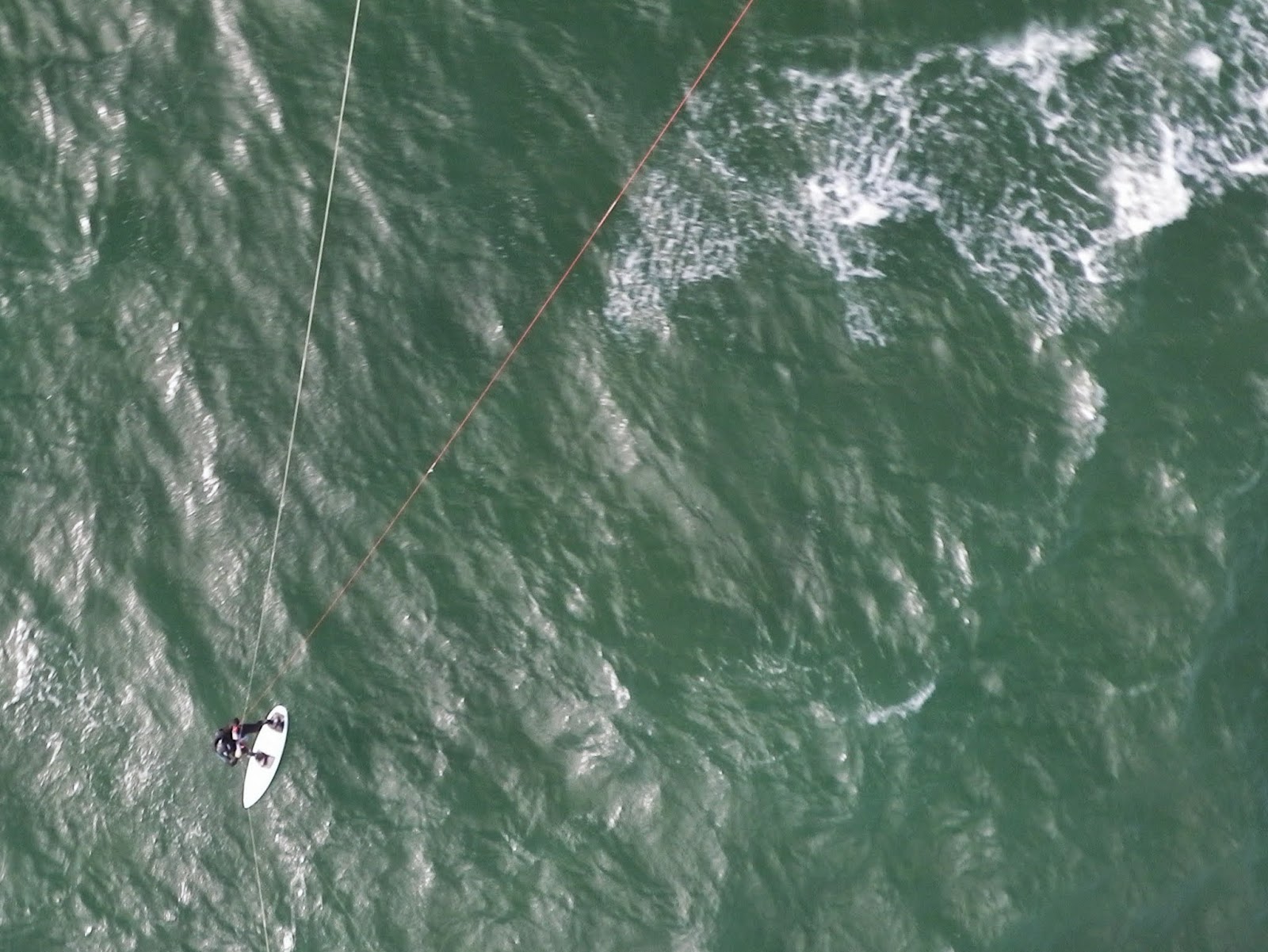 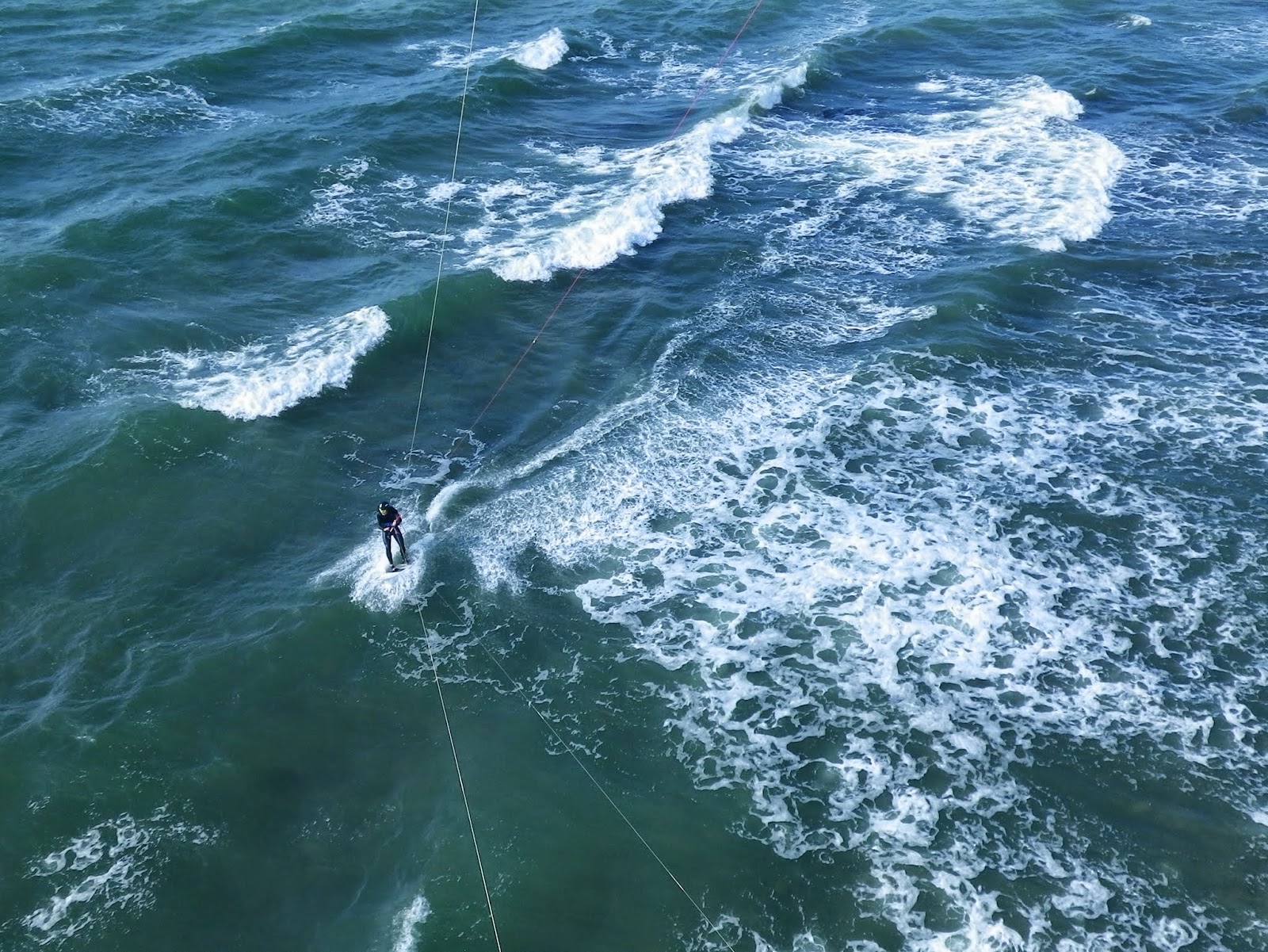 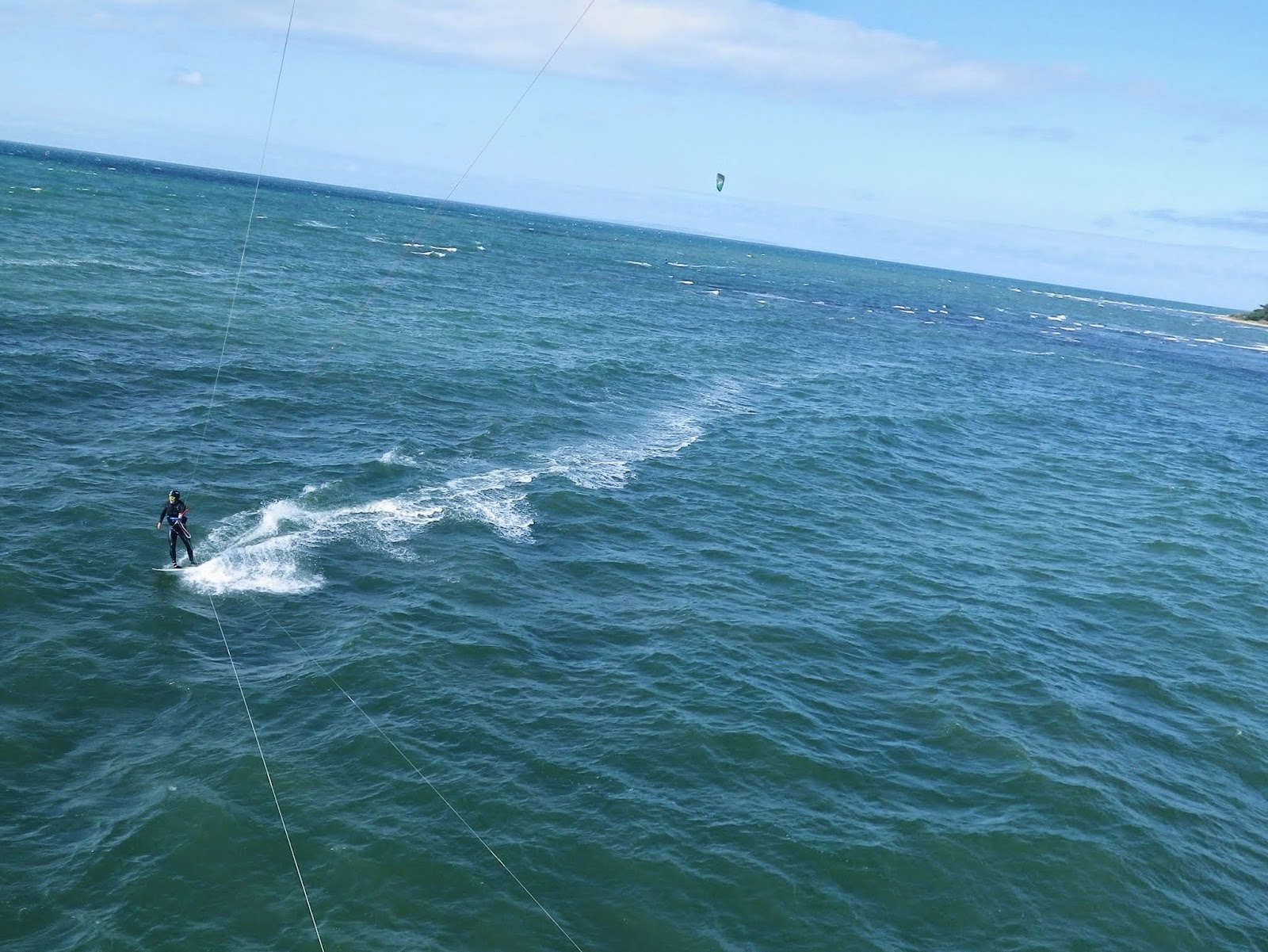 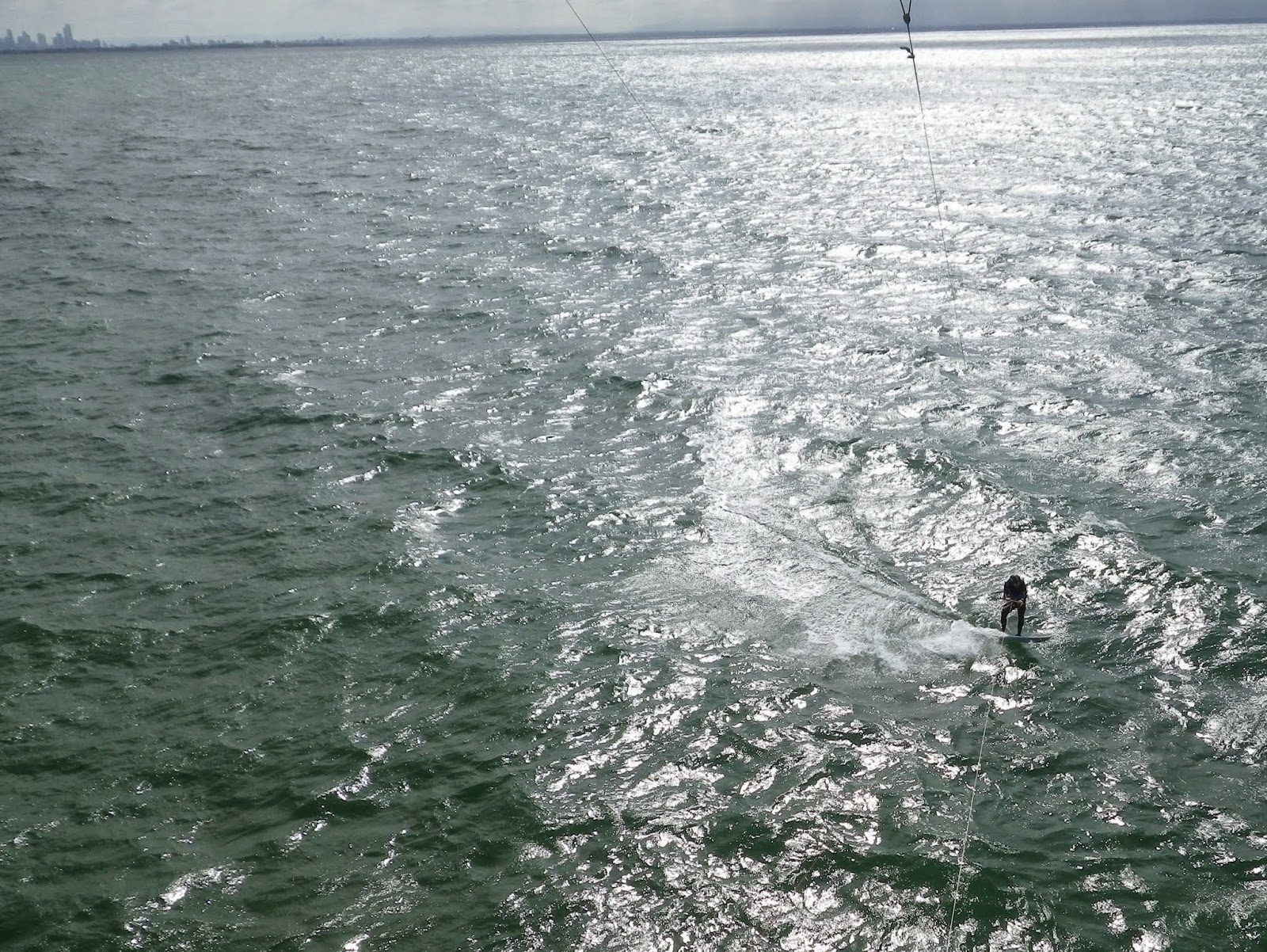 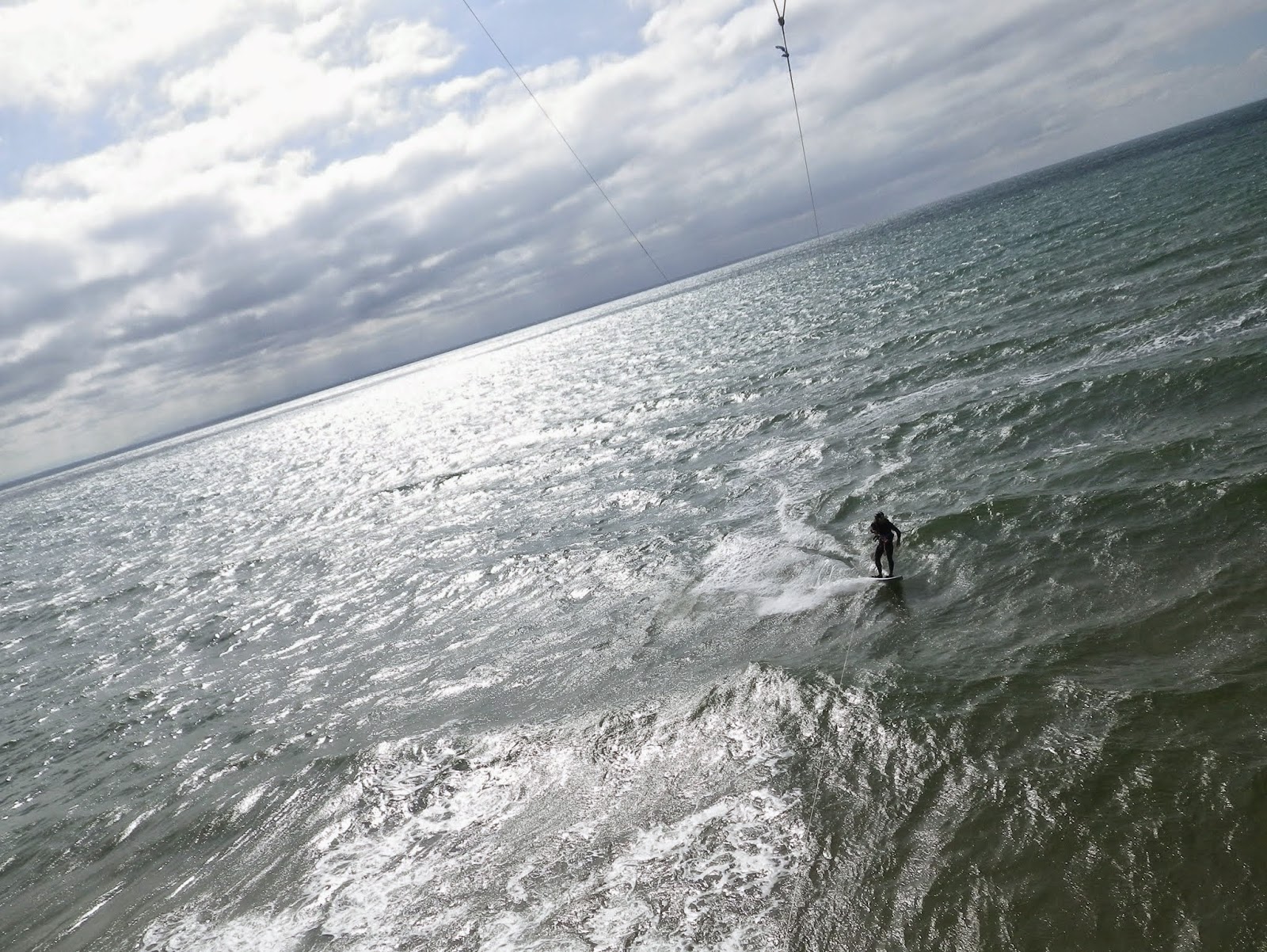 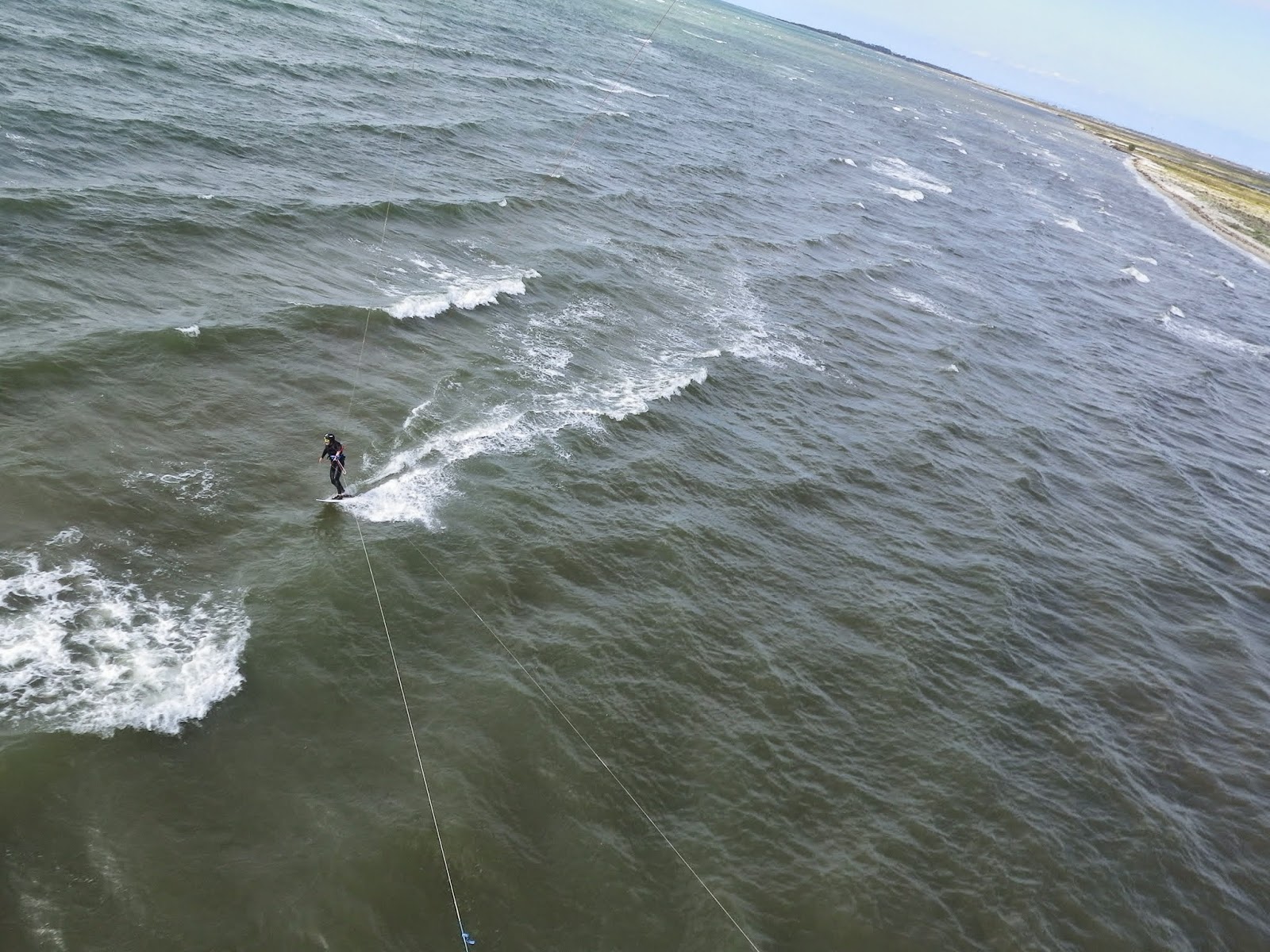 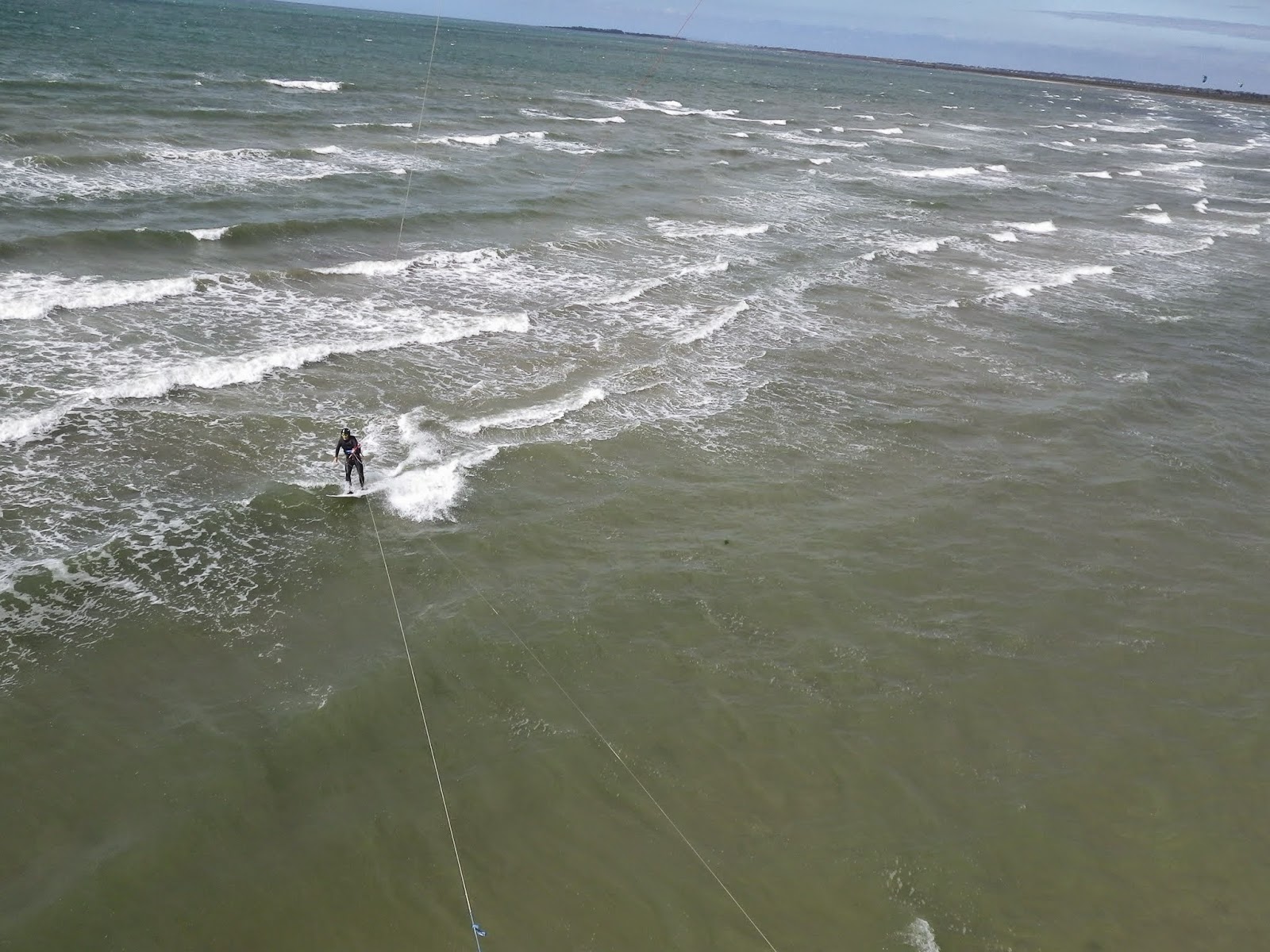 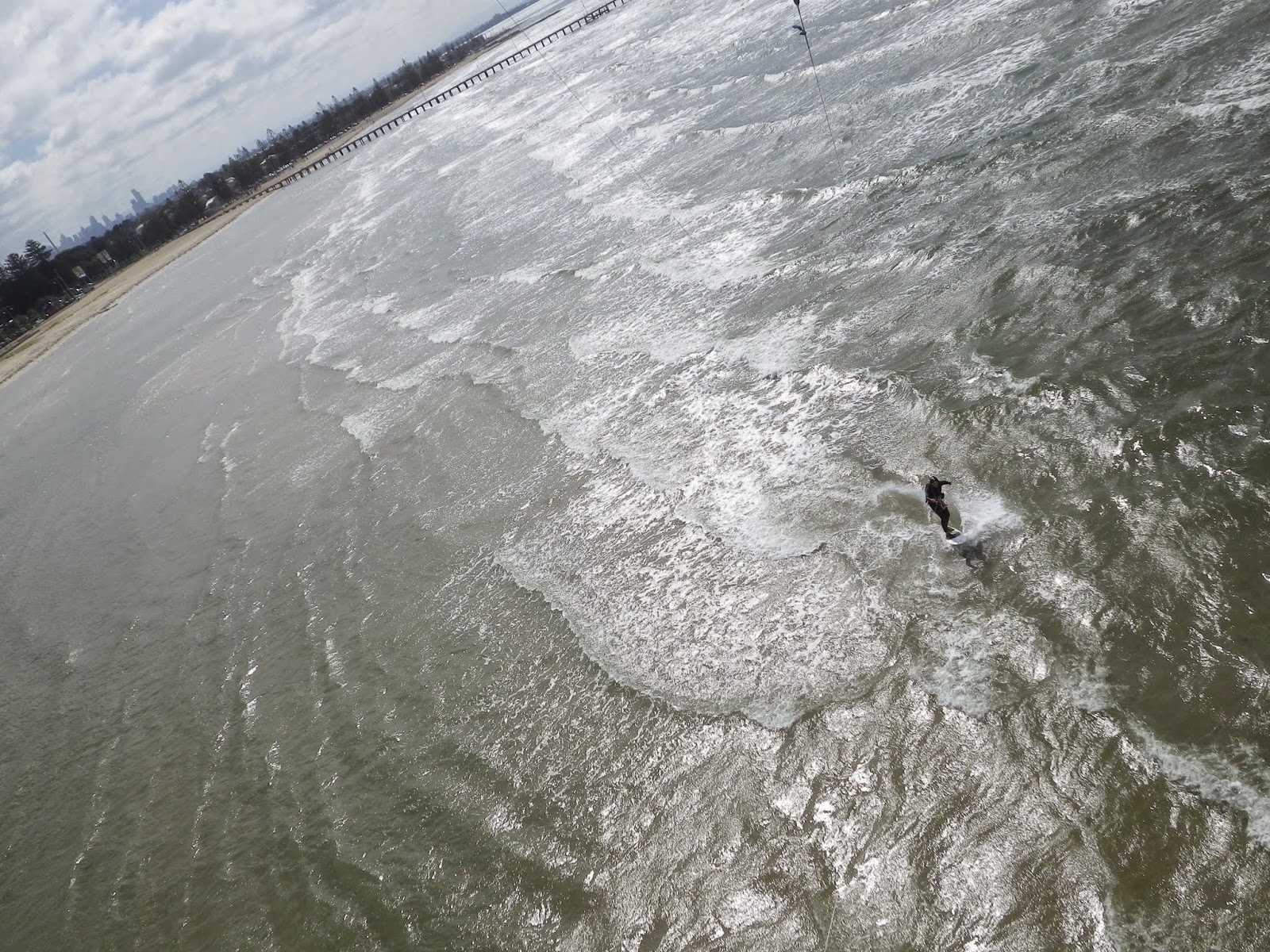 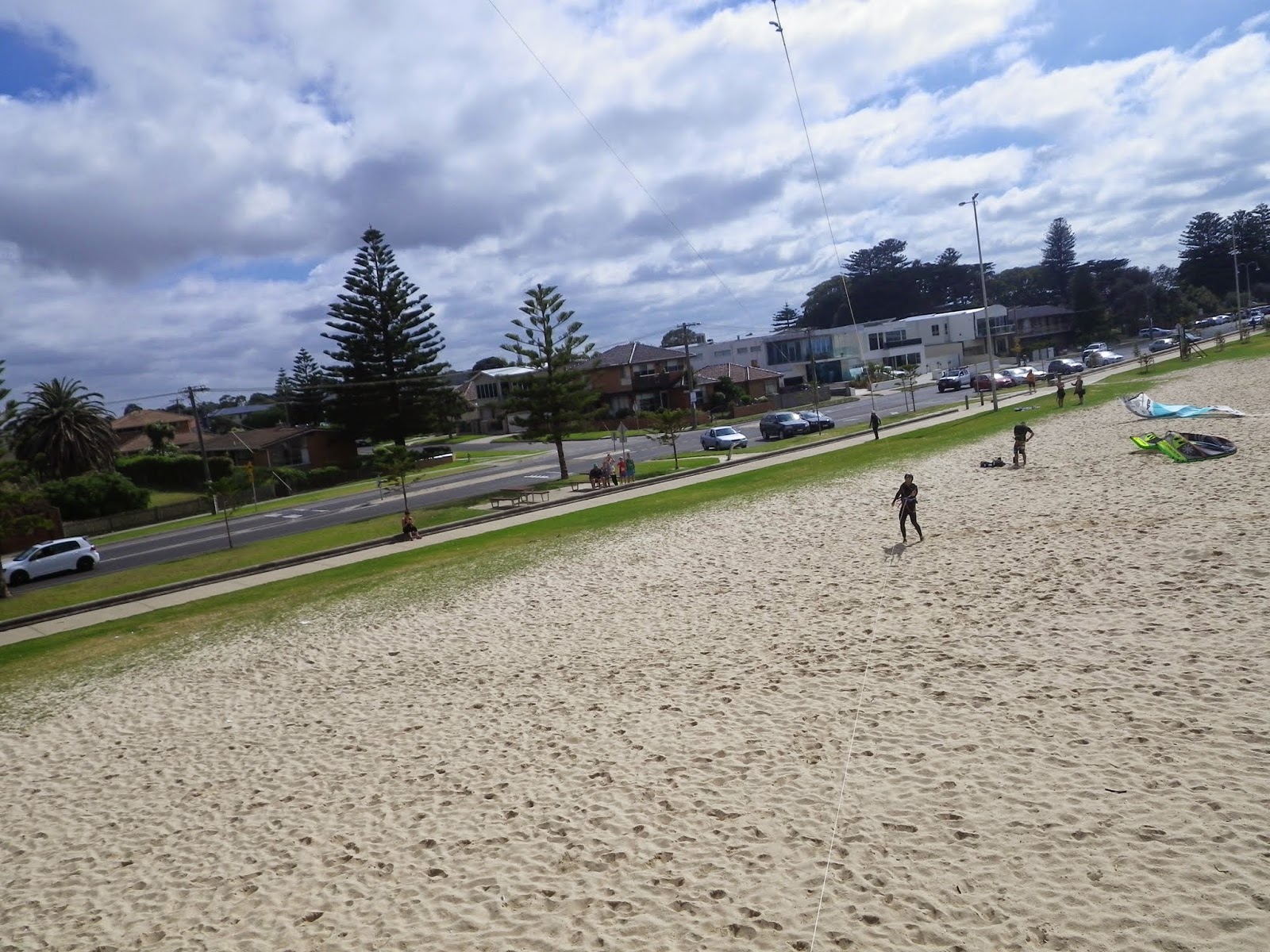 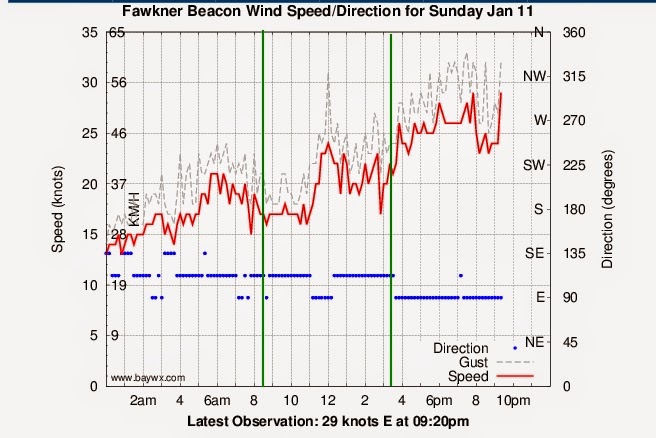 Posted by Peter Campbell at 9:58 pm