Session 372.  The wind forecast for the South West Coast was good so the crew (Dan, Mike, Stu W, Stu S, Eric and myself) drove there in the morning.  We stopped at Breamlea first but the wind was only around 10 knots and there were fishermen on the beach. I saw one kite off to the west so we drove on to Point Impossible which is great kitesurfing location.  Good waves were rolling in and the wind was stronger.  There is lots of reef about but also some good beach for launching and landing. 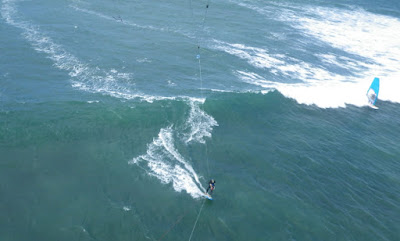 There was also a smallish surfing (longboard?) competition in progress in front of the car park.  Several windsurfers were already out and also one kiter, who turned out to be Julien.

Getting out wasn't too difficult with some gaps in the big sets and there was enough wind to get about.  Coming in on a wave was exciting as they build in size.  I had some good rides, then picked a big one. I did a bottom turn then came back up for a top turn but I flew the kite too far back and it stalled. I stopped and the wave dumped my.  Slack in the kite lines and it was down.  Bugger!  I also felt a line out behind me and tried to sort it out worried that the kite lines were snagged. Eventually I realised it was the safety line from my harness that had slipped out of its pocket.

I then focused on re-launching my kite which turned out to be difficult as the wind had dropped out.  Eventually I got it up and body dragged down to the beach.  Walking back my board was on the sand (phew).  Thanks Julien for sending it close to shore and Tony for collecting it.

I set up again and headed out for "part 2".  Some waves were very big and intimidating.  I repeated the "top turn" manoeuvre again and dropped my kite, but was able to relaunch it and get out of trouble.

I was then keeping more power in the kite when turning and powering up when heading back out to avoid it happening again.

After a solid two hours were were all well satisfied with our efforts.  Point Impossible is an excellent location for kitesurfing waves, but it is not really suitable for beginners.

Kiting big surf can be tricky compared to bay surf and swells but it is a whole lot of fun.  It is a longer drive to the surf coast, but well worth it when conditions are so good. 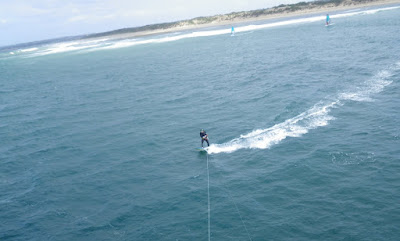 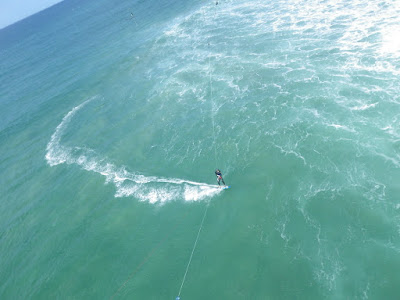 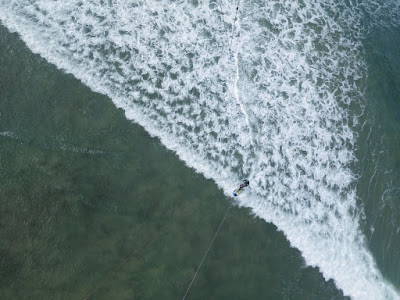 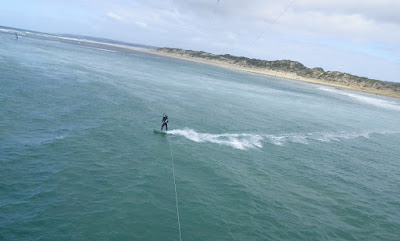 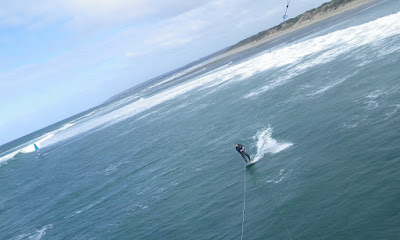 The following photos are from Stuart Webb. 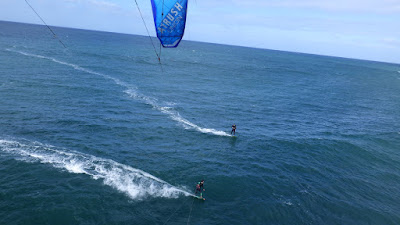 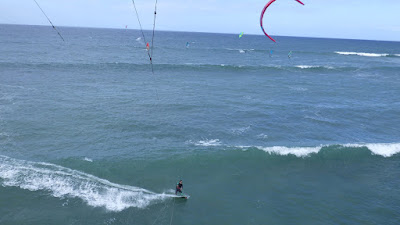 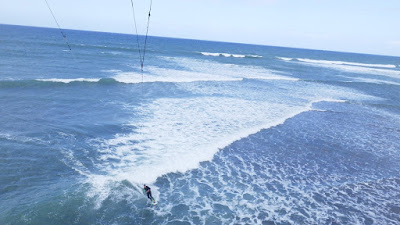 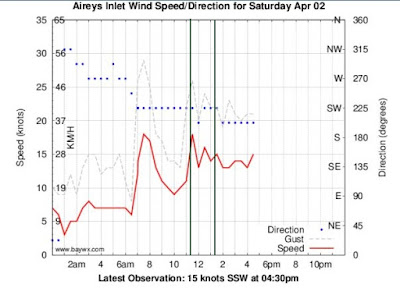 Posted by Peter Campbell at 4:38 pm