Gjuratinden 1712m. Our first ski peak in Romsdal, and what a beauty.

We had dinner the previous night with Joel, our skiing friend we met in Patchellhytta, who said that Gjuratinden was a great peak to ski so we met on the access road at 8:30 and started the climb on foot through nice forest on a good track.

It wasn't long before we put our skis on and started skinning up in glorious sunshine, passing some alarming old avalanche debris that had come down from surrounding peaks,

We approached a steep headwall on icy snow. I put my ski crampons on early and crunched on up.  It got quite steep so the ski crampons were very nice to have.

Once over the headwall the angle eased but the snow was still icy and firm so we left our ski crampons on.  From below it was hard to see which peak was higher, but Gjuratinden was prominent due to its rocky summit.  I check our location with the map and GPS.

Spectacular views opened up as we climbed, eventually stopping at a nice snow ledge just beneath the rock summit which was still about 200m above us!  I decided against booting up the steep snow slope to the ridge where we could get a view to the coast as it looked a bit steep and sketchy.

We had a quick lunch in the cool air with a gentle cold breeze blowing then started our descent on the firm neve.

It was exposed but the runout was good and our ski edges were holding well.  Exhilarating! We skied down the first pitch then traversed back to our ascent route.

Joel fell and a ski came off. He tumbled a bit then slid down the slope to a runout unable to arrest his slide.  One of his ski leashes snapped but his ski lucky was stuck tail first in the snow. I skied down and retrieved it and gave him some cord to use as a temporary replacement leash.  If you lost a ski there it would have been gone forever.

I skied down to a bluff but decided against continuing as I couldn't see over a rollover so I directed the others to go left.  A short ski down a nice steep pitch on good snow brought us to a large group of Swedes resting on their ascent.

Then we skied the headwall which had softened a bit. It was much easier to ski down than it was to climb.  The further to the right the more sun and the softer the snow.

We continued on nice corn with fast sweeping turns then straight lined it to the traverse on the left, ending with some tree skiing down the trail. We got a fair way down then took our skis of for the short walk back to the car.

Another superb tour.  A big mountain experience, some technical difficulty a great descent and good company.

We stopped for a look at a large abandoned house on the return down the valley from Rabben that had views back to the peak.  An azure green stream flowed by.

Back in Andalsnes we could see Gjuratinden in the distance.  We found a coffee shop for a relaxing brew before going to the supermarket to get some local fish, veges and salad to have for dinner back at our home stay at Villa Åndalsnes 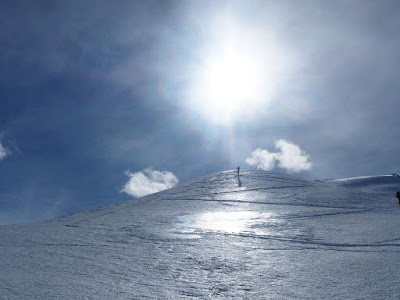 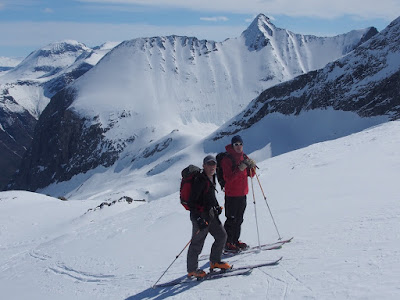 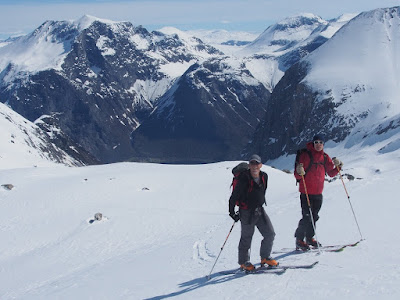 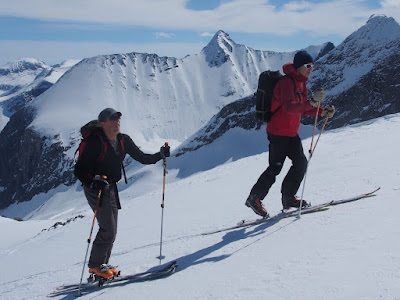 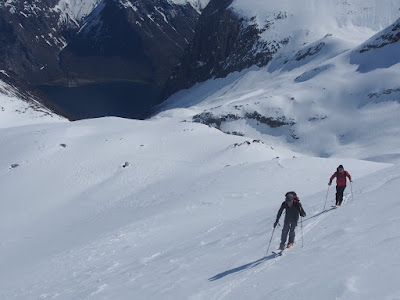 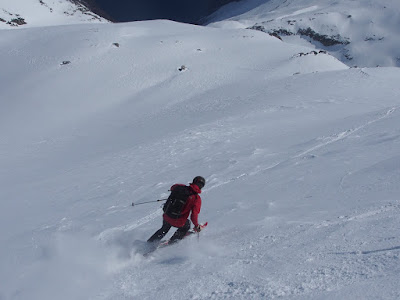 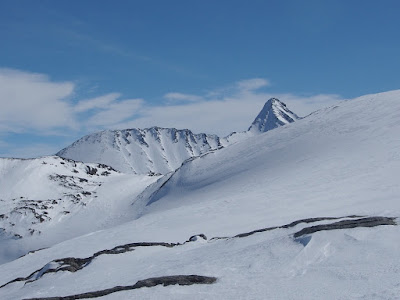 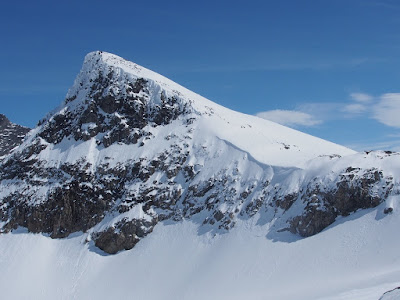 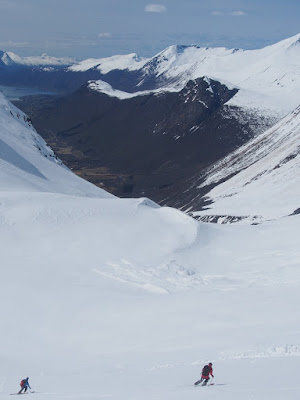 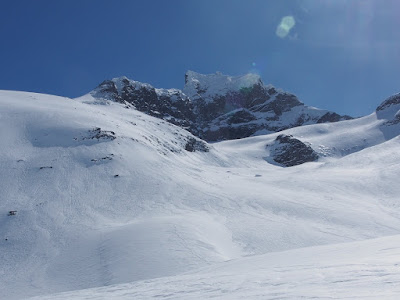 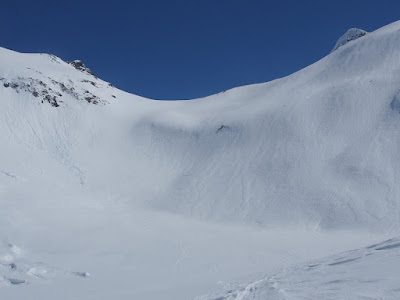 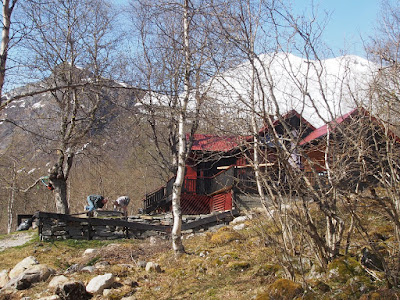 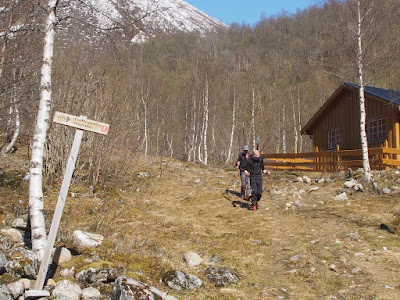 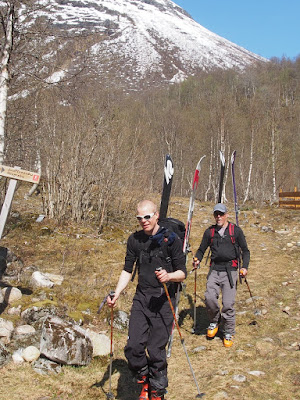 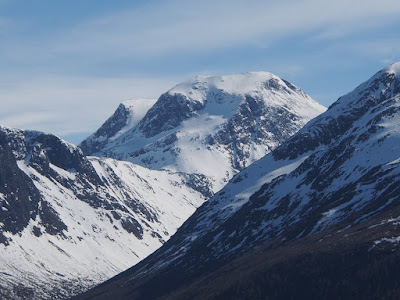 Posted by Peter Campbell at 6:11 am