We had ordinary weather for our ski day in Narvik.  We set off to do the tour around to
Tredjetoppen (1272m) but the snow was incredibly wet and deep, so we skinned up the piste in the ski resort towards Narvikfjellet.  The resort isn't running during the day at this time but it opens from 5pm to 9pm for locals to do some night skiing after work. 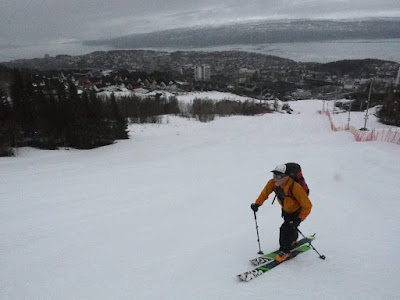 We spoke briefly to two locals who had just skied down - they said the visibility higher up was close to zero and had to navigate solely by GPS.

Roger and I skied up at a good pace on the firm snow.  After climbing fairly steeply there slope eases and we followed a pole line to the base of the top lift.  The visibility was poor so we skied down from there - a long fast run.

During the afternoon we drove the Swedish border close by and visited Riksgränsen, passing windmills in the snow along the way.  There is a ski resort there that is reputed to have Sweden's best skiing.  There was lots of accommodation, a busy supermarket, a campground and several snowmobiles about.  I said hello to a very woolly Kelpie out for a walk. 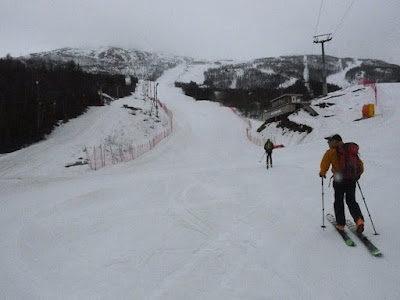 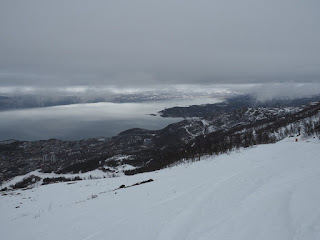 Our lodgings at the Breidablikk Guesthouse were excellent good value. The view across Narvik is great. 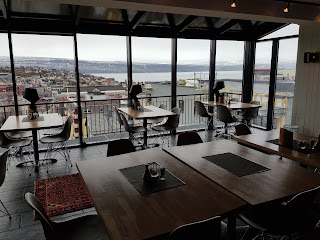 And the seafood lunch (or early dinner) at Fiskehallen As is great too.  Its very popular with the locals.  I had cod tongue and artic char.  The tongue is unusual while the char is very tasty. 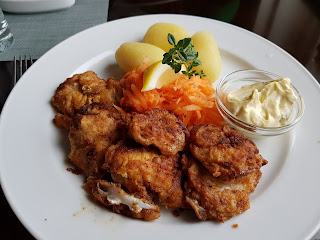 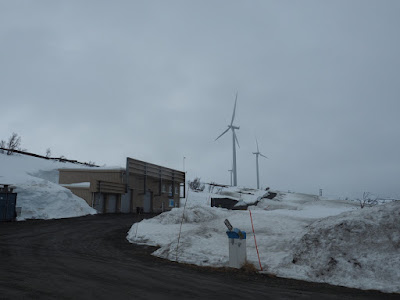 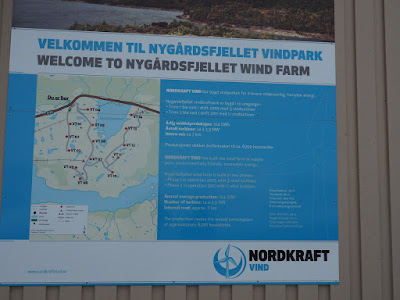 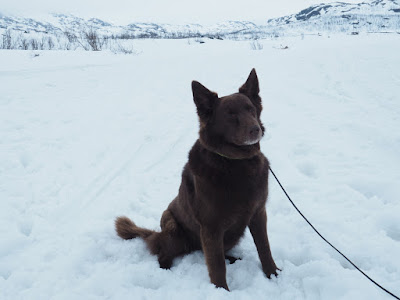 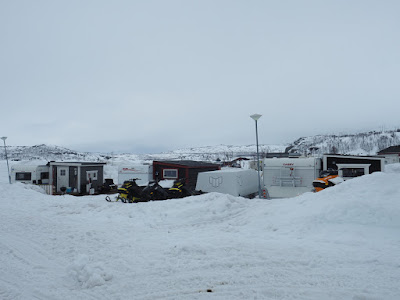 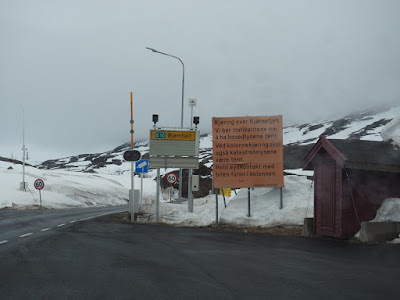 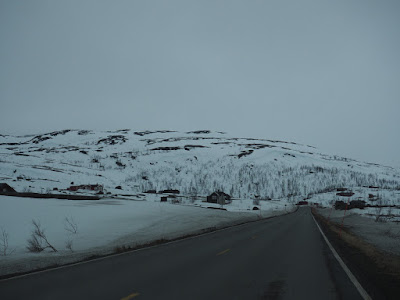 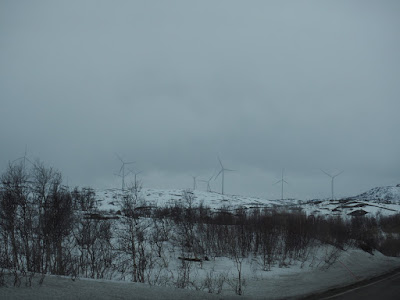 Posted by Peter Campbell at 8:53 pm