Back on skis after a couple of days off.  We chose to go to Rundfjellet because the ascent is north facing so has lower risk of avalanche.  The avalanche hazard dropped to 2 today (from 3 yesterday and 4 the day before).

We started the route about 10:20 following tracks up through light tree cover then up a long ridge. We passed a couple of German snowboarders who were  skinning up on tiny skis, stopping for a brief chat.

There was debris visible from a large avalanche on a North West facing slope.  Our snow was wet and unconsolidated - there had not been a good freeze on the lower slopes.

We climbed over a high point on the ridge then followed tracks up the face to the shoulder, revealing excellent views to the south.

The visibility was good so we pushed on to the summit, leaving our skis about 50m from the summit and proceeding on foot.  There is a big cairn on the summit.  We chatted to a group of 5 Austrians who were there too, we had followed their tracks.

The 360 degree panorama was superb with clouds shrouding some other distant mountains.  This is our highest summit so far.

The descent on the firmer snow up high was good. The snow got wetter and heavier as we descended, mostly along the ridge we climbed to mimimise the risk of an avalanche.

We drove back around the coastal road though Laukvik past more fjords and looking across to the islands of Langøya and Hadseløya to the north.

We had a coffee and great nachos at the Bacalau bar, drove out to the fish racks and walked along the breakwater.  Fish soup for dinner in our wonderful cosy cabin.  An otter swam past after dinner! 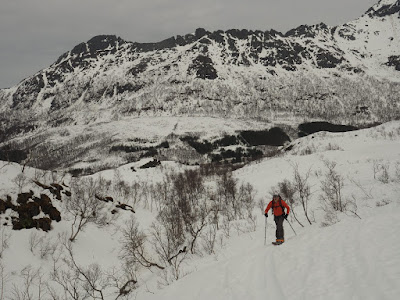 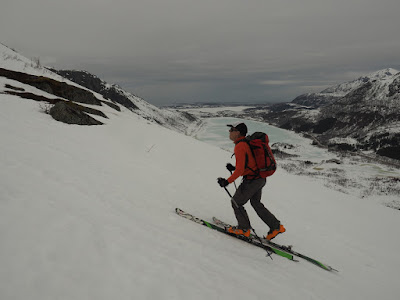 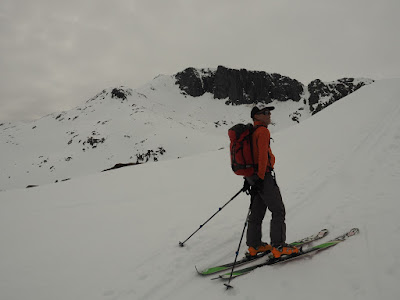 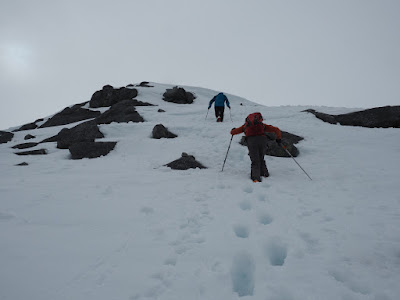 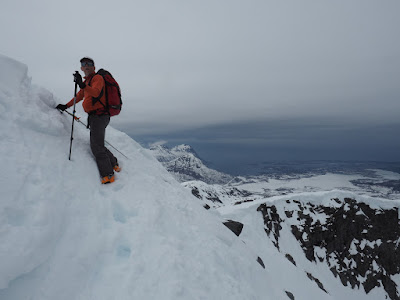 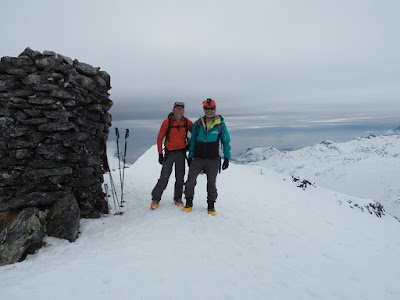 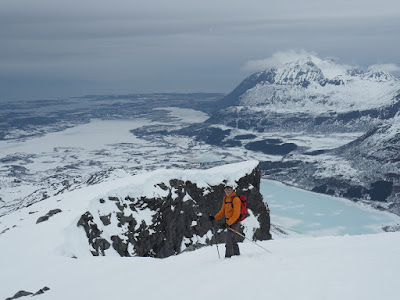 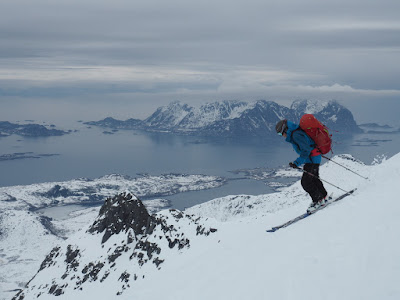 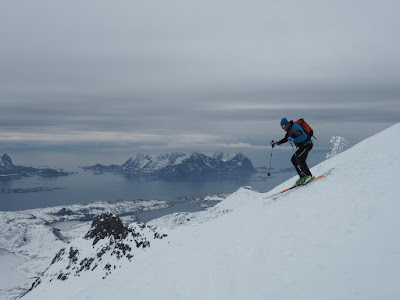 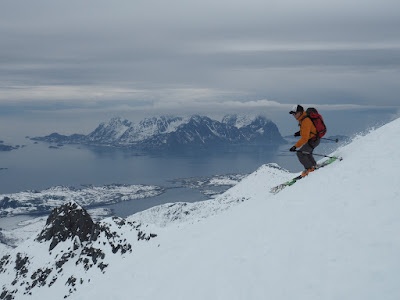 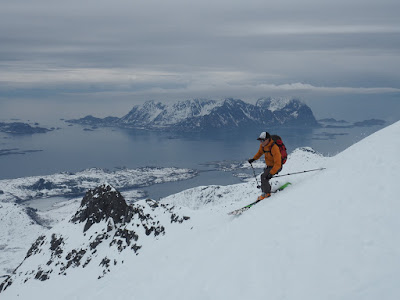 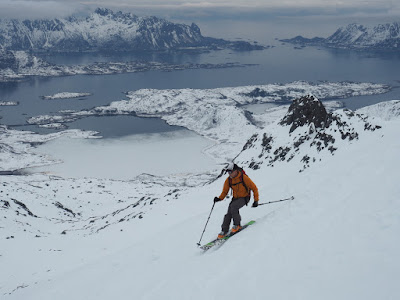 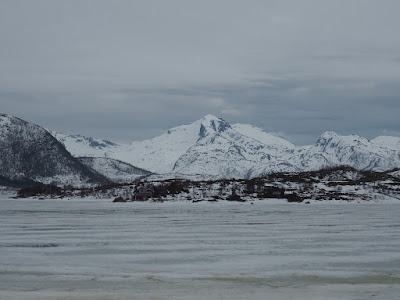 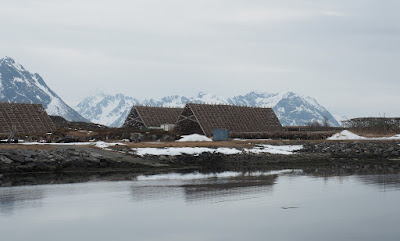 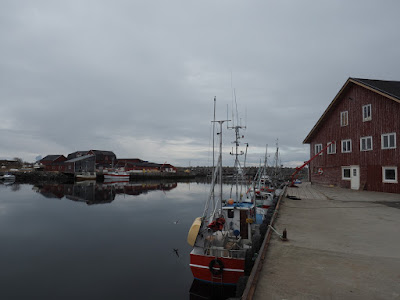 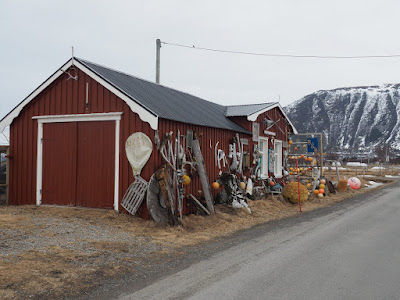 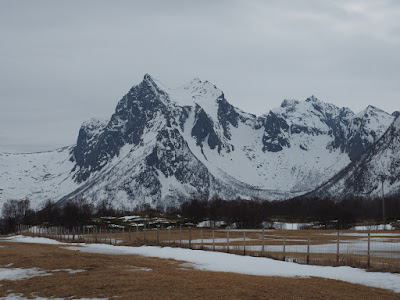 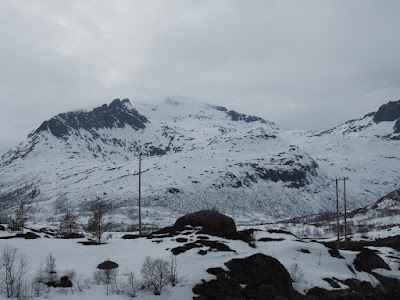 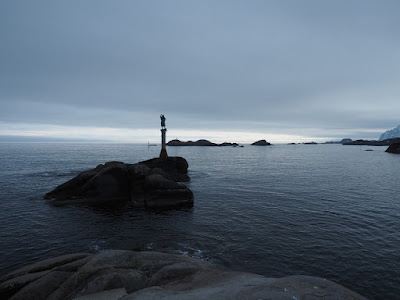 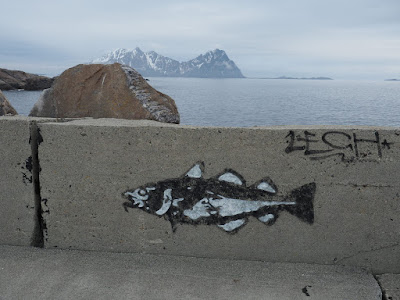 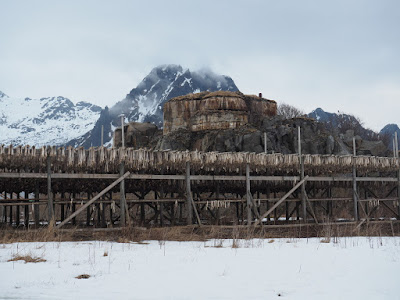 Posted by Peter Campbell at 3:43 am