Our targets today were Sautinden and Pilan on Austvågøy - the same island that Svolvaer is on.  We first called into Svolvaer to pick up Pete's skis that were repaired by Skandinavisk Høyfjellsutstyr the drove around to the start of the route on the north side of the island.

It was overcast but the forecast rain did not eventuate.

It was firm skinning on icy snow up to the large col. The snow softened as we ascended Sautinden for more great views.  The snow was wet and heavy on the ski descent back col.

We then climbed Pilan which was much higher and a long way up.  More views to fjords and the ocean on both sides for the island.  There were a lot of other groups on the summit and still climbing up - its a popular peak.

There was heavy snow on the first part of the descent but the second half the descent lower down was good corn snow and much nicer skiing.  A short pleasant blast through the trees took us down to the road.

This was the most physically demanding route so far with over 900m of climbing.  The Garmin Epix GPS is not recording all the route reliably which is annoying.

We stopped for a coffee at Bacalau in Svolvaer on the way home, then had another wonderful dinner prepared by Rupert. 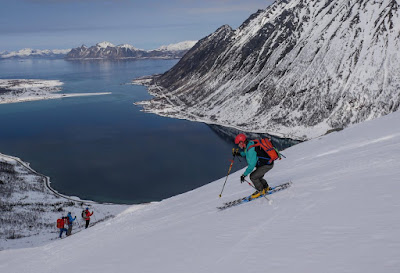 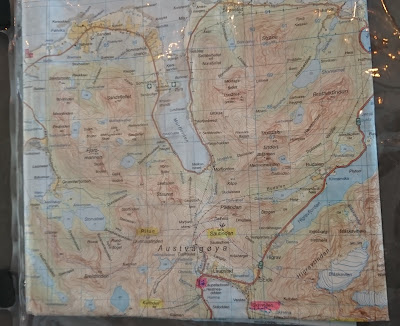 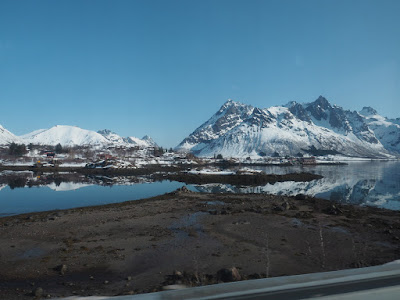 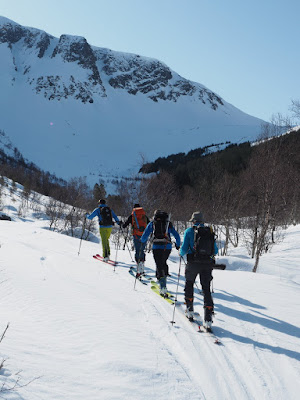 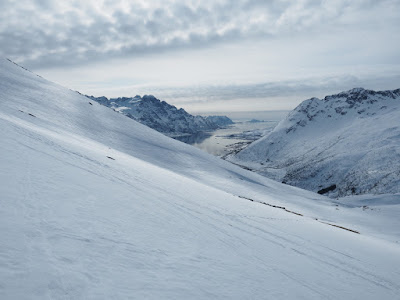 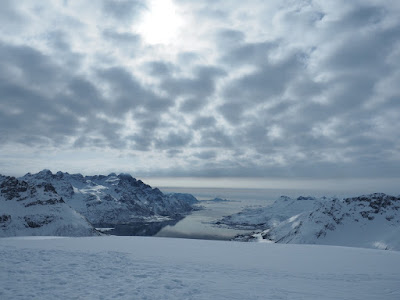 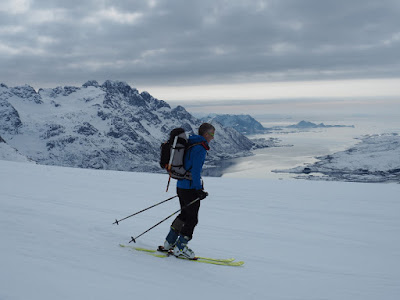 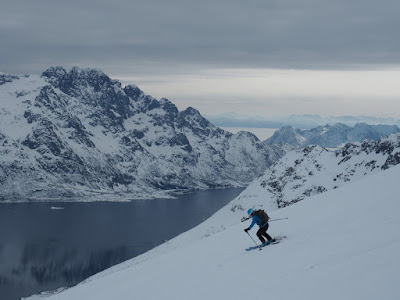 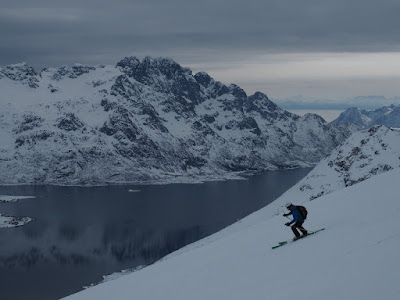 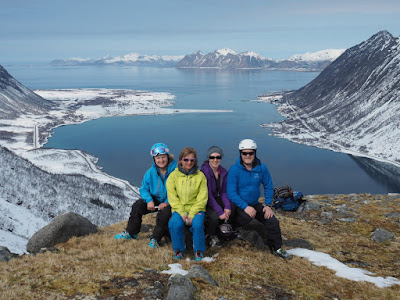 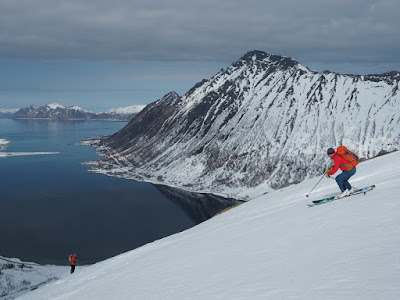 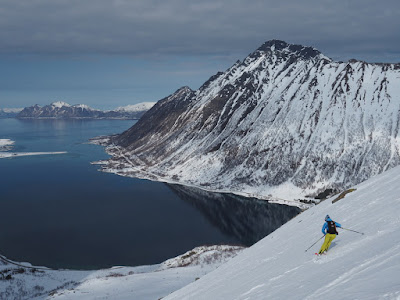 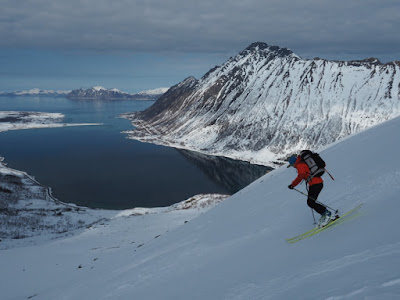 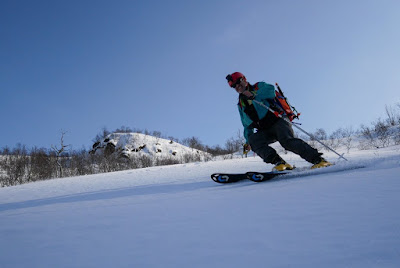 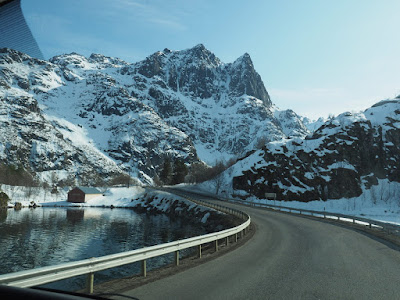 Posted by Peter Campbell at 5:43 am