There was some low cloud around Tromso so we decided to ski Keipen on Senya, about 2h 30 minutest drive.  However, on our way we saw skiers climbing Steinskardtinden, a "topptur ski peak" on Kvaløya, so we decided to ski it  A bird in the hand is worth two in the bush. 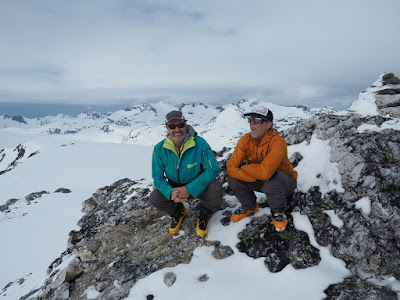 The snow was nice and firm at the bottom, there had been a freeze.  Towards the top there was fresh snow, the best of our trip.  On the summit we chatted to Rudolf, a Swiss guide from Zermatt and his client, it was there first day on skis in Norway.

From the summit we could see down to Tromso and across to the summits of Skitntinden, Middagstinden and Storsteinnestindend.  We could also see down to Ersfjordbotn where we stayed in 2016.

The descent was great.  Soft snow and sweet turns.  Down lower the snow was heavy and funky.  We finished with a straight run back to the car park.

This was a great way to end our skiing this trip in Norway, we were lucky to score a brief weather window.

We then drove to Sommaroy Island which is a popular tourist destination in summer due to its white sandy beaches and good scenery.  The clouds dropped and then it started raining so we were very happy to score the ski summit.

Tomorrow Roger flies to Iceland (via Oslo) and I board the Hurtigruten (large coastal ferry) for Kirkenes. 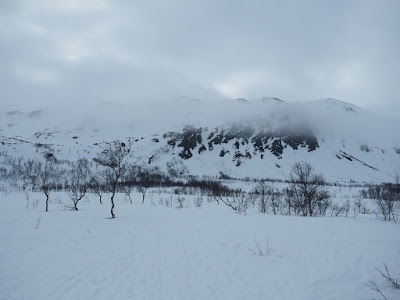 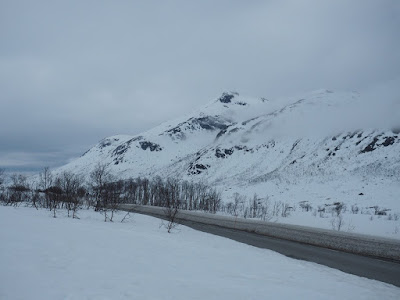 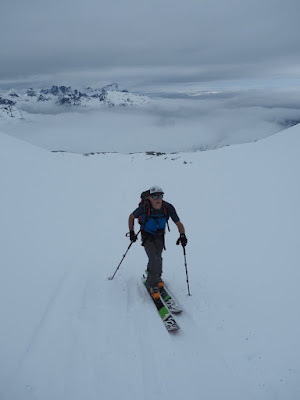 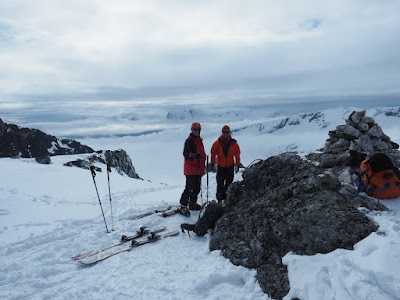 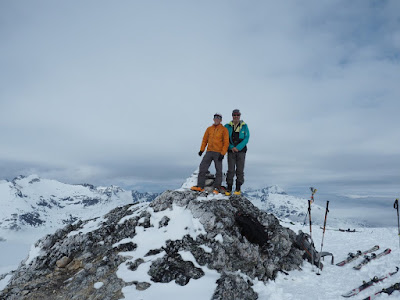 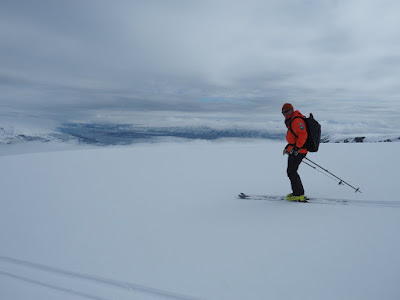 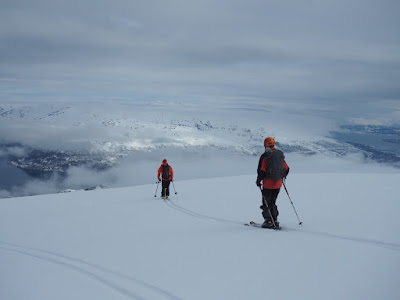 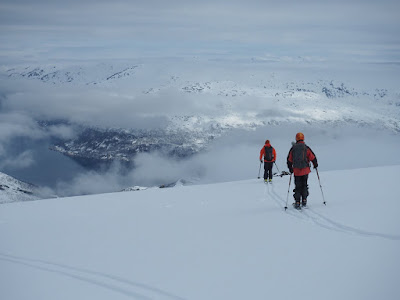 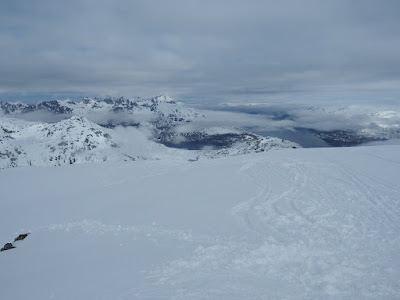 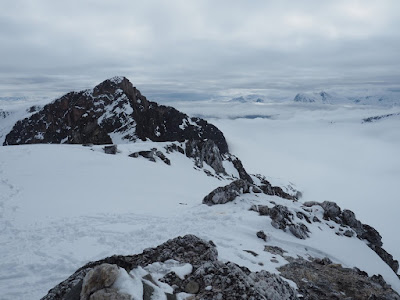 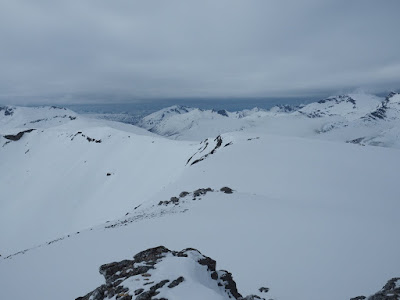 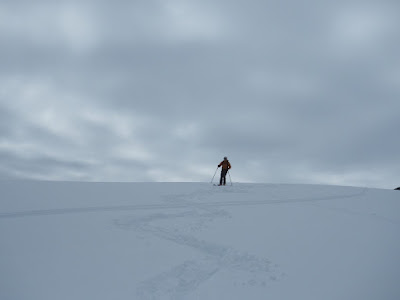 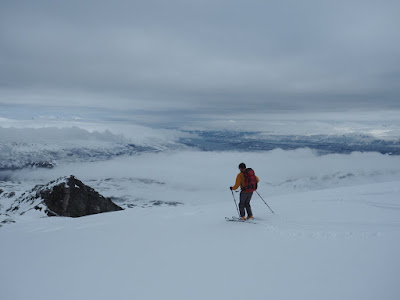 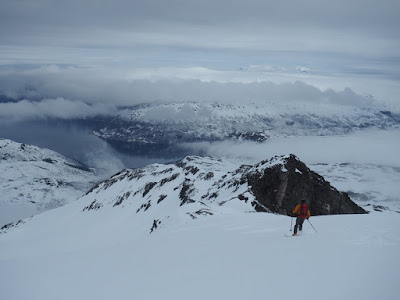 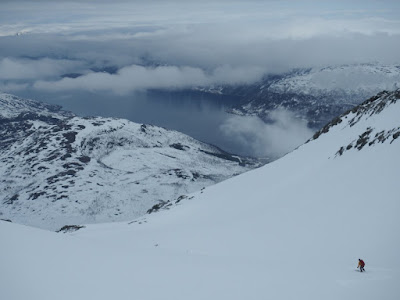 Posted by Peter Campbell at 2:54 am