We chose Himmeltinden for our last ski day in the Lofoten Islands due to its lower risk of avalanche.  The ascent / descent route faces south west.  We were the only ones on the mountain that day.  After walking up the old mountain road from the coastal hamlet of Uttakliev we found the foot track to the huge gully.


Skinning up was easy at first but got progressively more difficult as we climbed.  The slope steepened and there were some icy sections.  There were some Ptarmigans about making their peculiar call - its almost grunting.

Ski crampons were good to have.  We followed some old ski tracks most of the way and topped out on the ridge at about 2 p.m. and had some lunch.  The wind was strong and we were almost in the clouds.  After lunch we decided to ski down the slope rather than continue to the summit.  There were some steep rocky sections on the ridge and the snow slope further across was wet and deep so both skinning and walking would have been difficult.

A very airy ski slope with lots of exposure.  We took turns on the upper section watching each other then got some nice turns in for the last half then walked back down the old road.

We visited the beach lookout were the old coast road is.  The new tunnel was built in 1998 - an amazing effort for the few houses at Uttakliev.

Driving back we visited Flakstad again but there were no waves.  We drove back along the narrow coast road on the south side of Vestvågøy from Leknes to eventually join the E10.  More stunning coastal and mountain views included the peak of Justadtinden (also a Topptur). 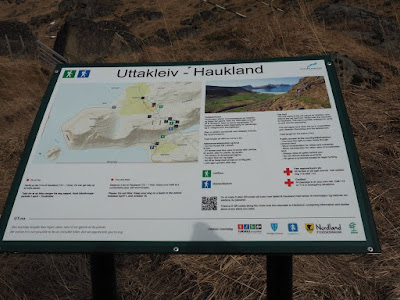 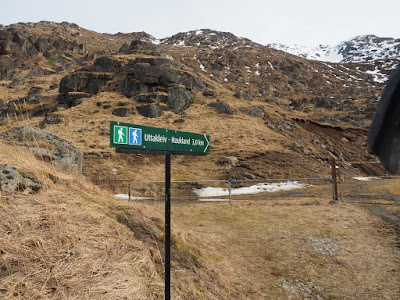 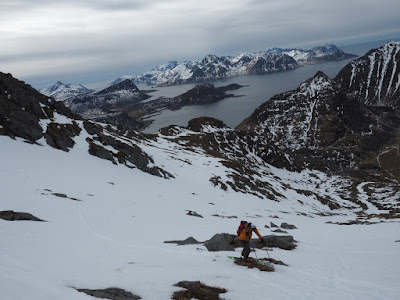 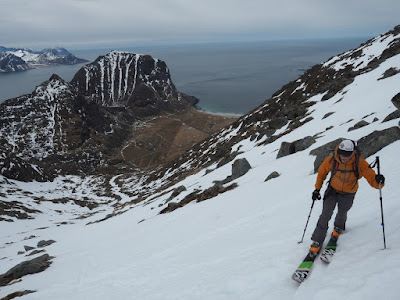 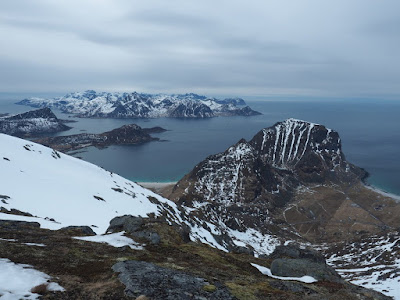 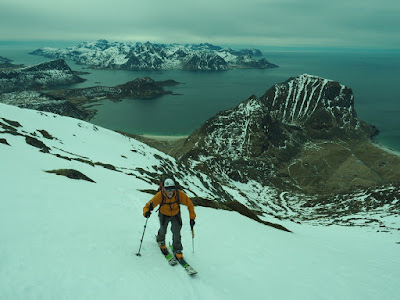 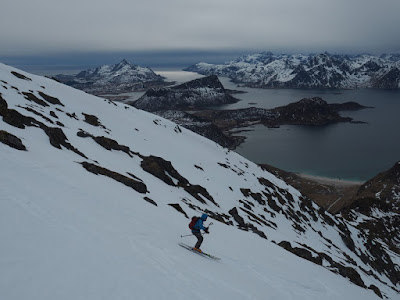 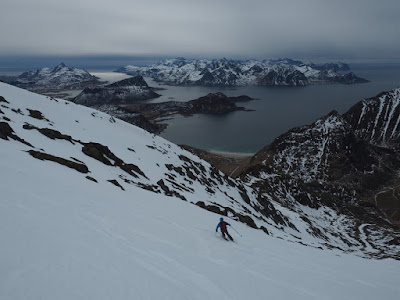 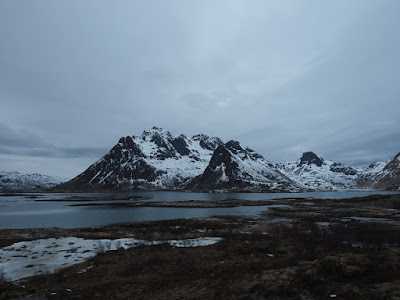 Posted by Peter Campbell at 6:08 am