Hellostinden looms as an impressive peak on the Vestvågøya, the second of the Lofoten Islands. I was in the first group led by James with Pete, Craig and Robert. Skinning up a ridge was straightforward on icy snow after the overnight freeze.

Gaining open ground the ocean and mountain views again opened up.  The views from the summit are spectacular.

We did a run down on good spring snow that was warmed by the sun.  Slope aspects are critical for getting good skiing conditions. 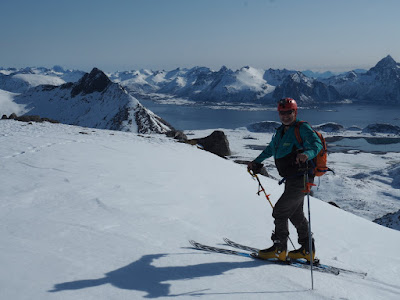 We climbed to the summit again and met George with the second group of skiers.  Our second run was also very good.  Lots of turns in soft snow.

We climbed again for our third and final run then began our descent route which included sideslipping through a small icy chute.  Navigating down was tricky - we ended up following the ridge line back down.  It would be very tricky in poor visibility.

Peter hit a rock on the descent so we headed to Svolvaer to get the excellent outdoor gear shop
Skandinavisk Høyfjellsutstyr to repair them.

On the way we spotted a Moose close to the road!  A superb animal, they stand very tall and can move very quickly.   When it took flight there was another one with it.  They fled with their white tails up - George informed me they use this a silent signal for danger. 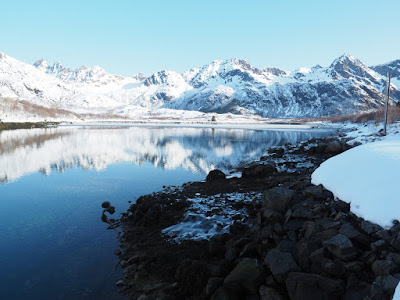 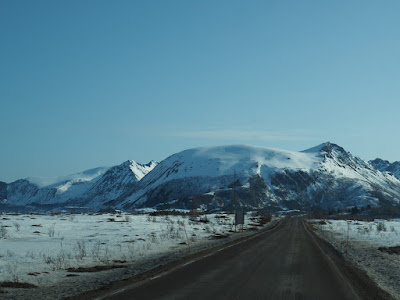 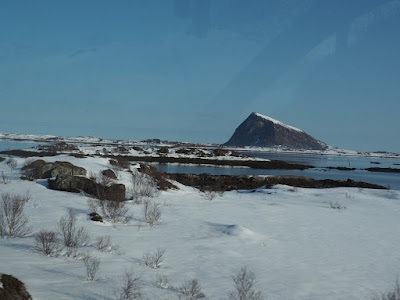 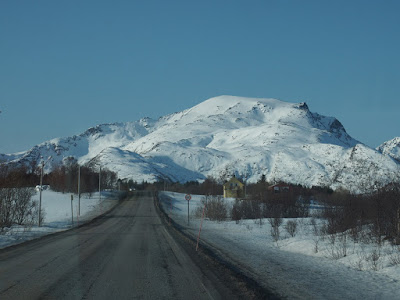 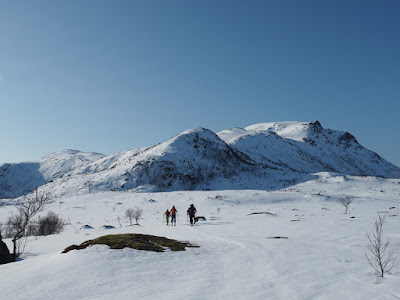 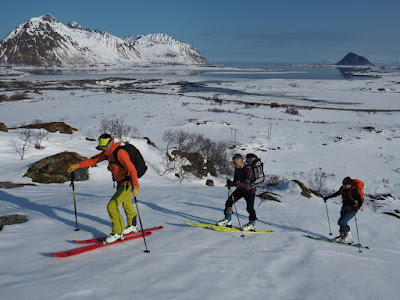 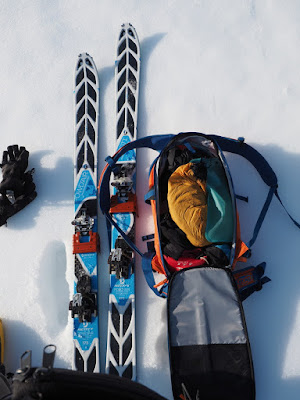 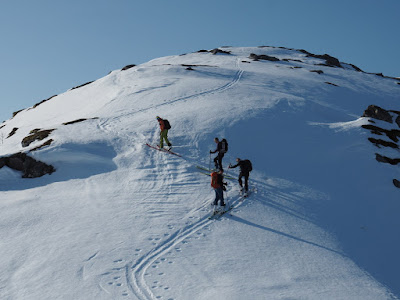 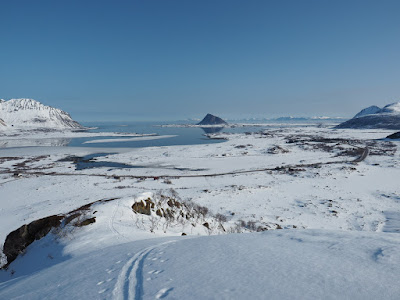 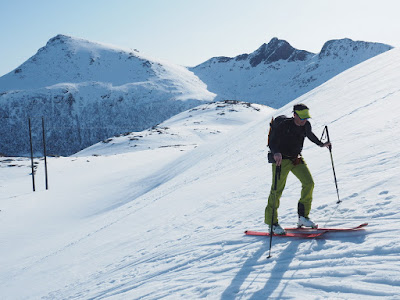 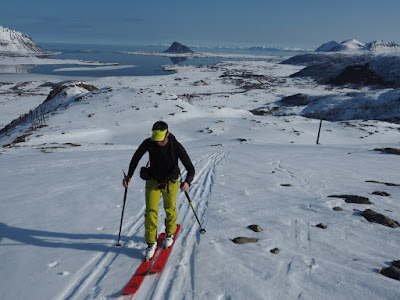 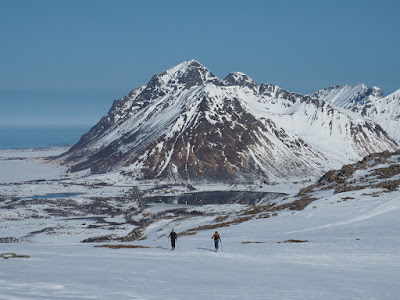 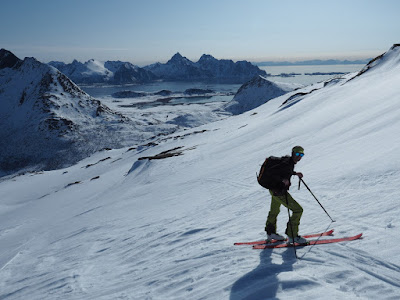 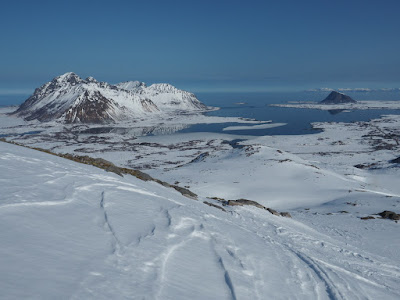 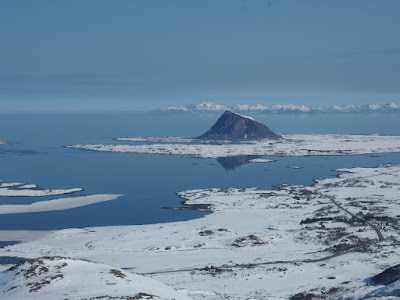 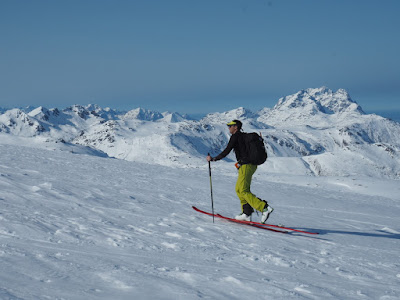 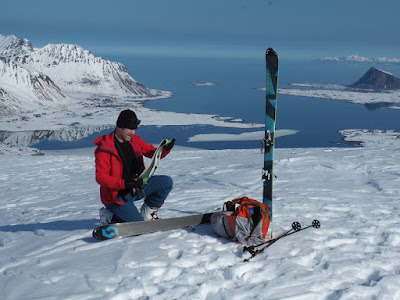 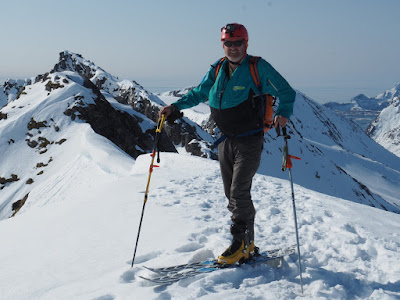 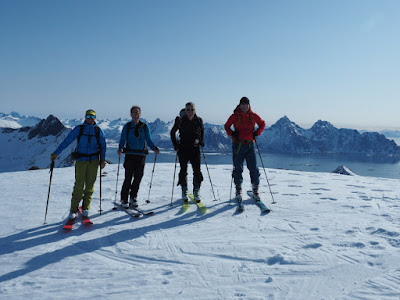 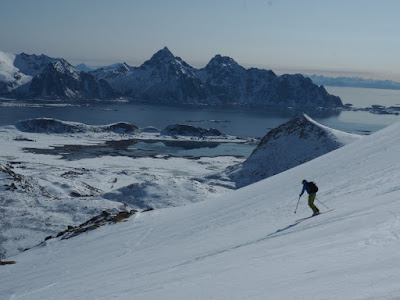 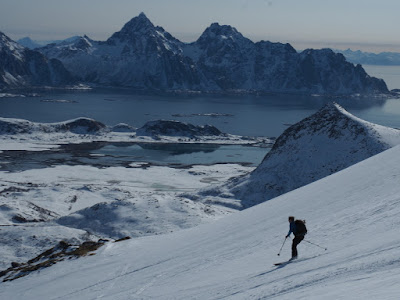 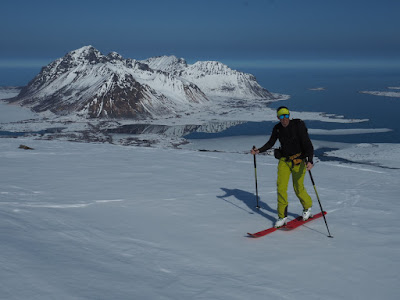 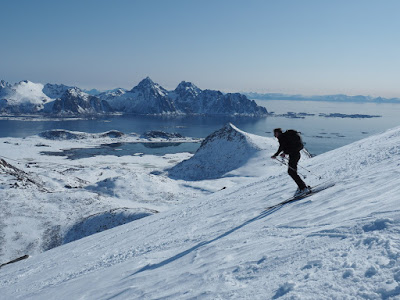 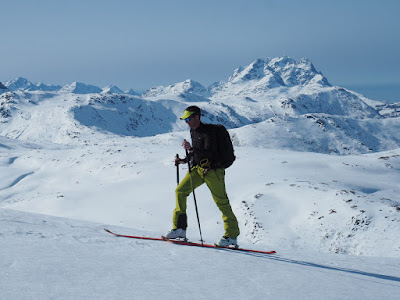 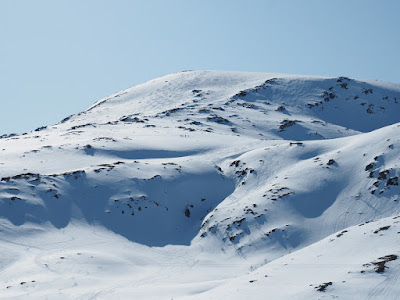 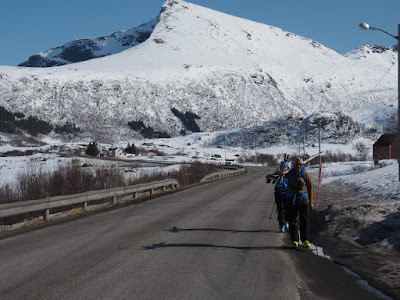 Posted by Peter Campbell at 5:04 am