Upwind from Hampton to Ricketts Point on Sector 60 raceboard

Session 165, 18 January 2012
Good wind this afternoon, so I headed to Hampton for my keenly awaited for session with the Airush Sector 90.  I was thinking of maybe doing a downwinder to St Kilda where Stuart was kiting after work.

I fitted the fins and headed for the water.  Nobody else about, but a lot of yachts further out in the distance.  A good sea breeze was on.

I got up and going without any problems on the Sector 60.  It felt a bit like the surfboard (S-Quad) but with more buoyancy.   It bobs around a lot more than the twin-tip like a surfboard does, but it much more stable than both.

I was immediately going upwind fast - these board are incredible for that.  Twice as good as a twin tip.

It took me six tacks to get to Half Moon Bay, then three to Ricketts Point!  No problems with speed, control or balance.

I rode the board flat and twisted it like I had my feet on a manhole cover.  I switched feet for the direction changes, not willing to try a gibe until I got a bit familiar with the board.

It was nice to cruise past the HMS Cerberus wreck, but terrible to see it disappearing under the waves.

I went past Ricketts Point until I could see right into Beaumaris Bay.  I could have kept going to Frankston.  Stoked!  A whole new experience, and a great one.

Turning around and heading downwind it was game on!  Heaps of speed and quite stable.  I was flying the kite high on the left tack to depower.  Its weird to feel the wind speed drop as you go downwind even though the board speed is so high.

I tentatively tried going to toeside which felt a bit weird but was OK.  There boards are smooth and not difficult to control.  Super stable at speed too.

I stacked a couple of times, misjudging the speed and fanging down a roller without leaning forward enough.  Tacking in past the Cerberus I got yanked over toeside.  Shit! Board getting washed toward the wreck.  But it surfed downwind on the swell and I body dragged to it without difficulty and cleared off.

Back at Hampton, it what seemed like no time at all, I did a couple of speed runs then cranked upwind and into the flat water behind the breakwater.  About 10 kites were out, and a couple of windsurfers.

I tried a few jibes too and got around onto toeside, which felt a bit weird, and once reversed my feet but still fell in.  Its hard, but the extra buoyancy of this board will help I think.

I was still tired after Sunday's epic bay crossing, so I came in after about 2 hours.

The Airush Sector 60 is fantastic!  I can see lots of potential for varied sessions and some great tours - both upwind and downwind. 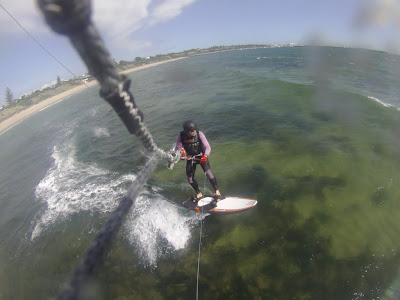 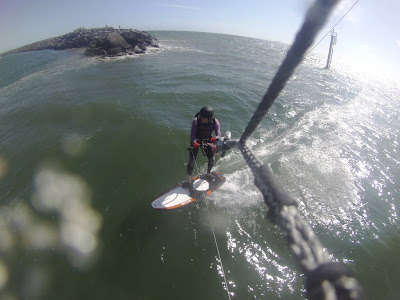 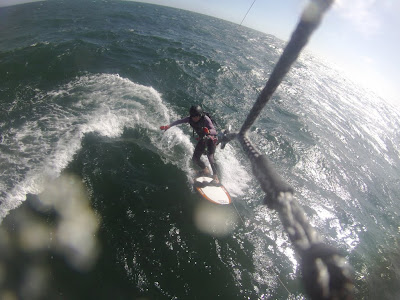 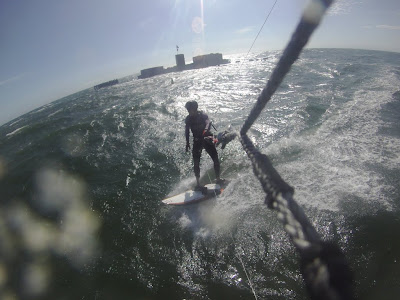 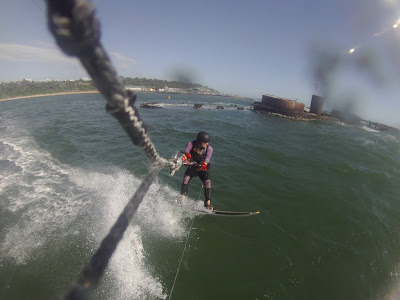 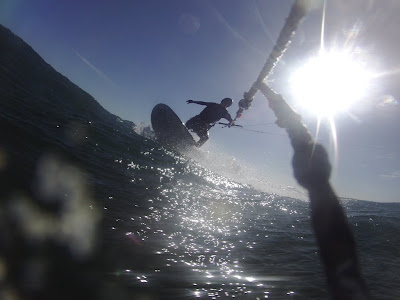 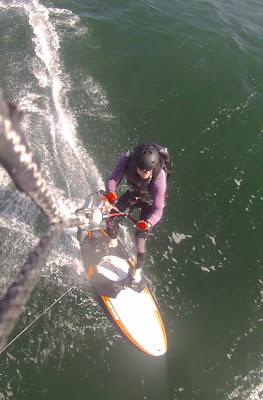 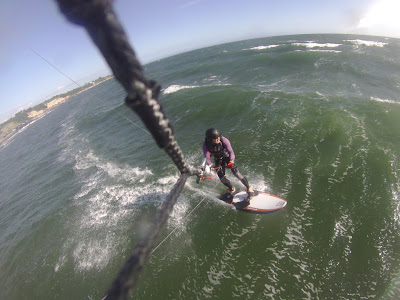 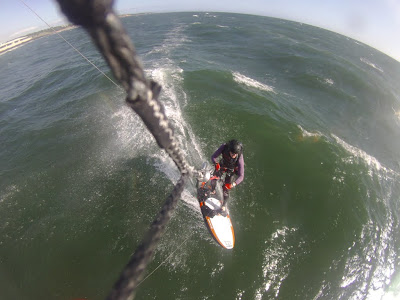 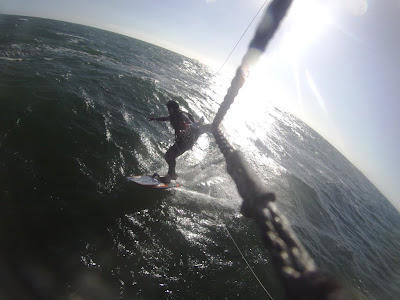 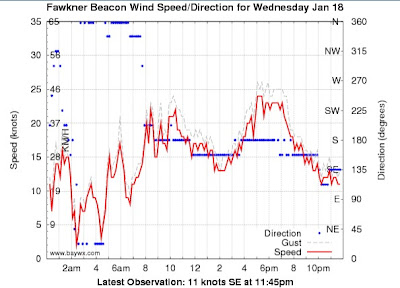