Rinsed at Rye Back Beach

Session 160, 4 January 2012
Down on the Mornington Pennisula, the hot weather was chased away by a raging southerly. It blew hard at over 30 knots most of the morning and backed off a bit during the afternoon.

Stuart and I headed down to the ocean (back) beaches for a look.  The wind looked good at Rye Back Beach so we decided to give it a go.  Stuart took his 7 out while I used my 10.  The wind was not quite so strong on the water; we were both a bit underpowered. 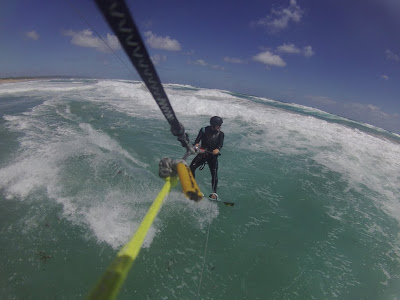 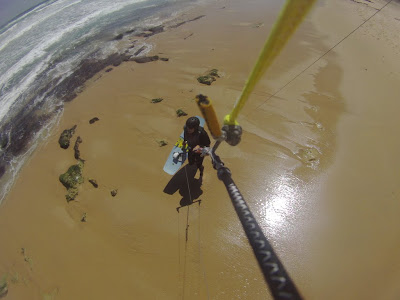 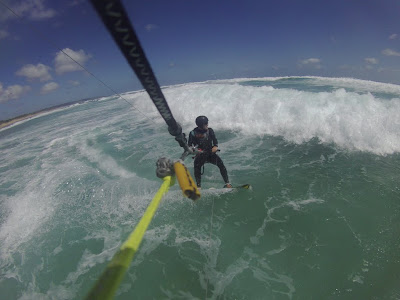 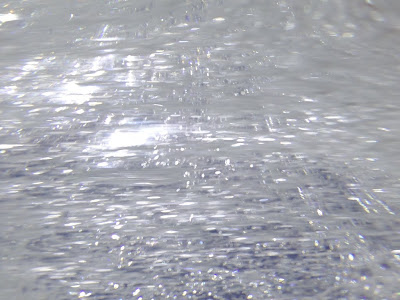 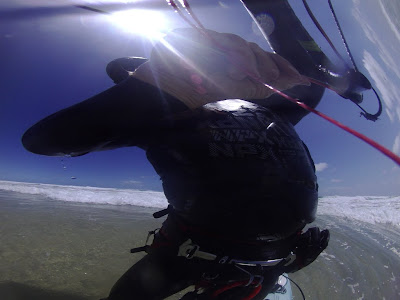 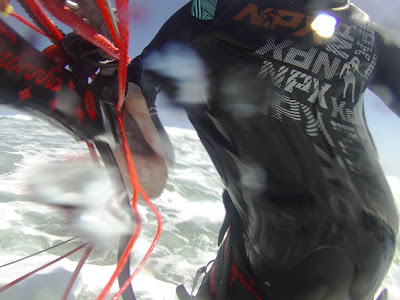 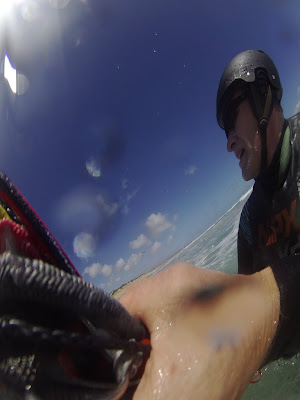 The large surf was pushing us in to shore to.  I got a couple of tacks in then got rinsed by a big wave. The water pushing you in to shore works to drop the wind speed, then my kite was down, so I swam in.

We then changed our kites to the Noise 12m (me) and Switchblade 10m (Stuart).  It was good to have some more power to crank over the large broken waves.  Conditions were very unpredictable though.  There were small nasty reefs lurking under the waves and some sharp rocks studding the shoreline in places.  The water was often chopped and variable.

I lost my board in a stack and saw it heading out in a rip, so I landed my kite and headed out to get it.  Back on the water I got rinsed again and dropped the kite for another swim.  Conditions were really tricky. Stuart helped get my kite on the beach, then untangle my lines.  I was lucky to not get it shredded on the sharp rocks.

It was just as well I had my camera on the linemount clipped with a carabiner to the line - it was the only thing keeping it secured after the kite was dunked.

Overall it was a pleasant if humbling session.  Kiting in the surf certainly is more difficult.  Neither of us made it out the back.