First session at Frankson in a hot northerly

Its taken about 4 years but I finally scored a session at Frankston.  So often the wind speed reads lower there (maybe its partly where the anemometer is located).  Hot strong northerlies blew all day, so later in the afternoon I headed to Frankston.  Franz gave me the tip to go to Gould St. I was lucky to score a park - there were quite a few people at the beach. 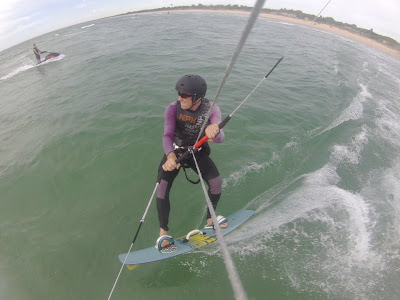 There was one kite out further towards the pier and enough wind.  Game on!
I rigged up, chatting to a lady very interested in learning kitesurfing, then attempted to launch.  The kite flipped on its trailing edge so I did a hot launch which worked well.  The beach was not too crowded where I launched so I had plenty of room.

I didn't try my new Airush Sector 60 board as I figured one new factor (location) was enough, and a northerly might not be ideal for its first outing.
The wind was good.  I was staying upwind and getting some good speed in what felt like about 16 - 18 knots.  Bay Winds showed Frankston with 12 knots gusting to 15 over this period, which I think was a bit lower than the actual wind.  The wind was consistent - not gusty like northerlies often are at Brighton, and it was side onshore.
Nice clean water.  I kept clear of the few jet skis that were about and they kept away from me.  One chap came off and was in the water.  I offered some assistance but he was just getting sand out of his shoes.

I was feeling a bit tired in the legs so a short session late in the afternoon was ideal.   I did a few good jumps when I was powered up too.

The Contour Roam camera was turned on this time - I double checked the record light was on - but it kept taking photos after I turned it off on the beach!  Not sure what is going on there. 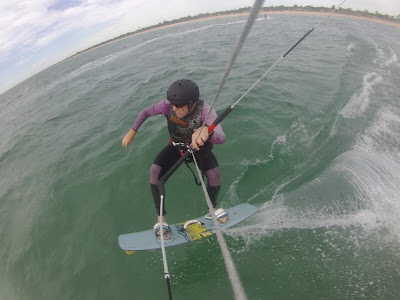 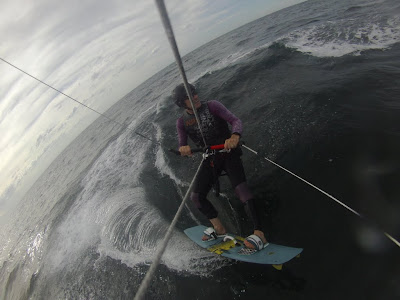 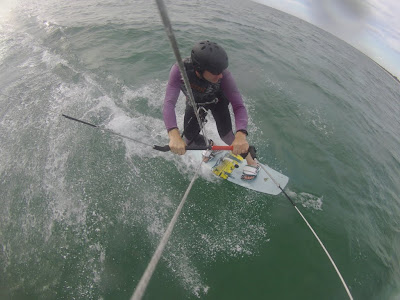 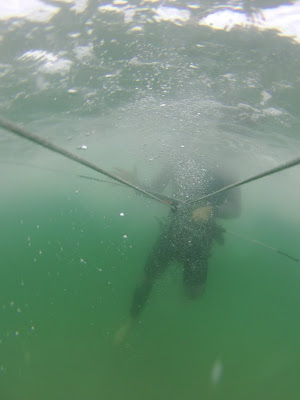 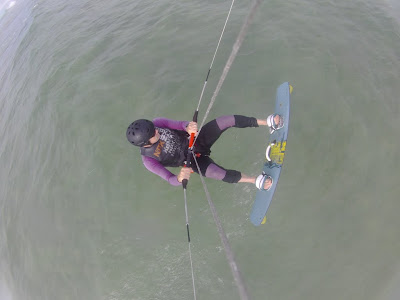 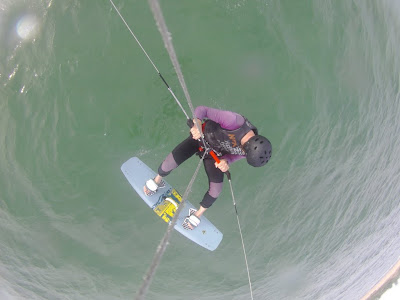 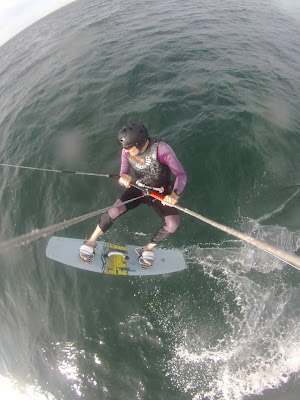 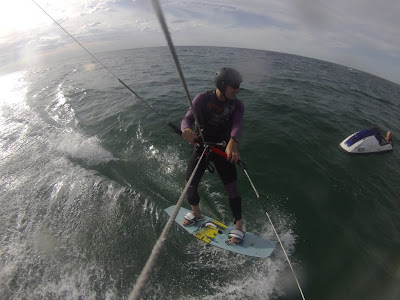