Session 295.  This was a downwinder training session for the 2015 Across The Bay kitesurfing event. A northerly was blowing at Aspendale which was perfect for emulating the sketchy launch in offshore wind at Rosebud for the main event.

We had a quick briefing on technique and safety.  The downwinder from Aspendale to Frankston is great because there is beach the whole way and no major obstacles.

I took my Sector 60 board in case I need to go upwind.  My Lithium 9 was flying and pulling well.  The wind was lower and gusty closer to shore, so anyone overpowered further out had the option of kiting closer to shore.

I kept an eye on everyone leaving the beach - once all kites were on the water and everyone was going downwind I did some speed runs out and back keeping an eye on progress.  The wind was much better about 300m offshore.

One kite came down and stayed down - the kiter had a twisted ankle. I headed over to render assistance and slowly tow him in. We were making slow progress but then a helpful jetski showed up and took him back to shore.

This highlighted the need for everyone to practice full self rescue technique, including winding the lines, getting to the kite and sailing it in.  Some tips are are here [Self Rescue]

One other kiter pulled out at Chelsea after inverting their kite - a hazard in the patchy wind closer to shore.

The rest pushed on enjoying nice wind and some small bay rollers.  Its been a while since I have done a downwinder on the Sector 60 so I was practicing carving some turns and came off a few times. A surfboard is much easier to turn  and surf the waves.

There were a lot of happy faces at Frankston - some had completed their first ever downwinder, and commented how different it is from normal upwind kitesurfing.  Thirteen completed the tour.

I spoke about doing slalom turns and using downloops to keep the speed up in lighter winds, and how varying your posture is important for long distance trips to avoid cramps and reduce fatigue.  Some tips on techniques are here [Going downwind].

We stopped for some refreshments at the BP servo on Beach Road (popular with cyclists) then walked through Frankston to the railway station and then caught the train back to Aspendale, getting the usual bemused looks from locals on the streets and train.

I estimate that the effort involved in doing the full Rosebud to Port Melbourne event would be about 10 times that required for this trip taking into account the extra endurance required and fatigue.  Heaps of kitesurfing will help and maybe some gym work too.

If you are keen to enter Across The Bay next year make sure you come on the training events listed [here]. 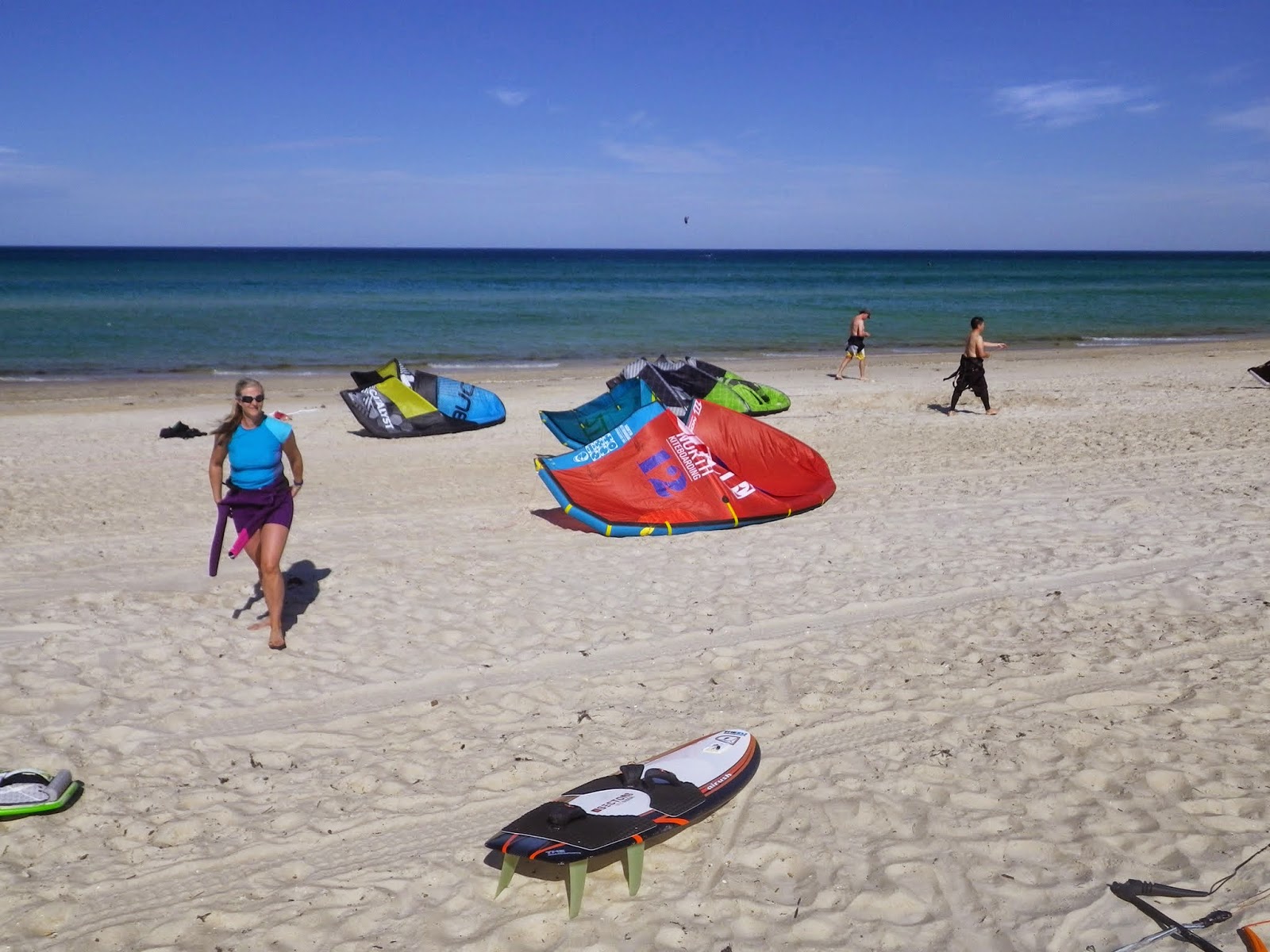 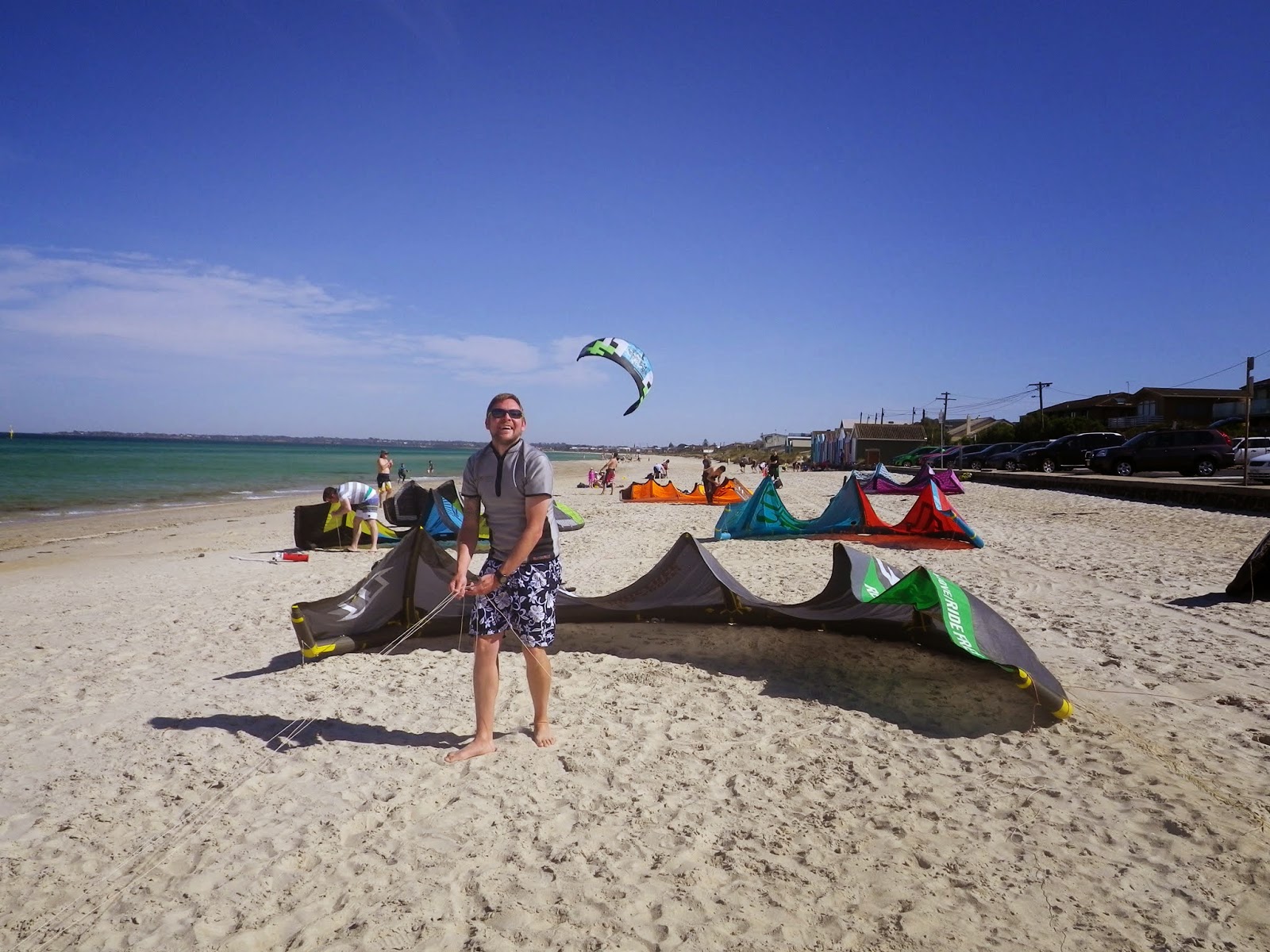 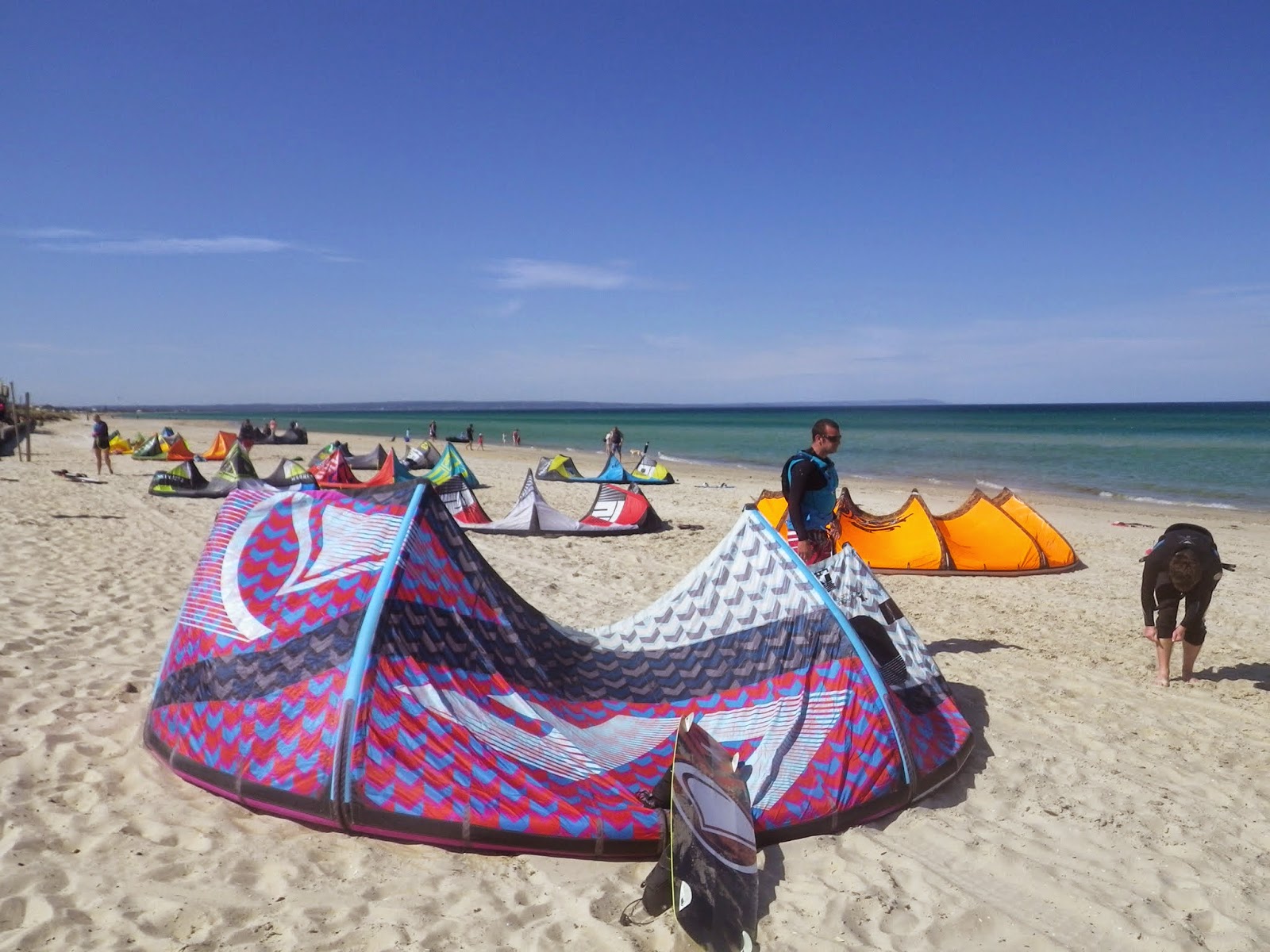 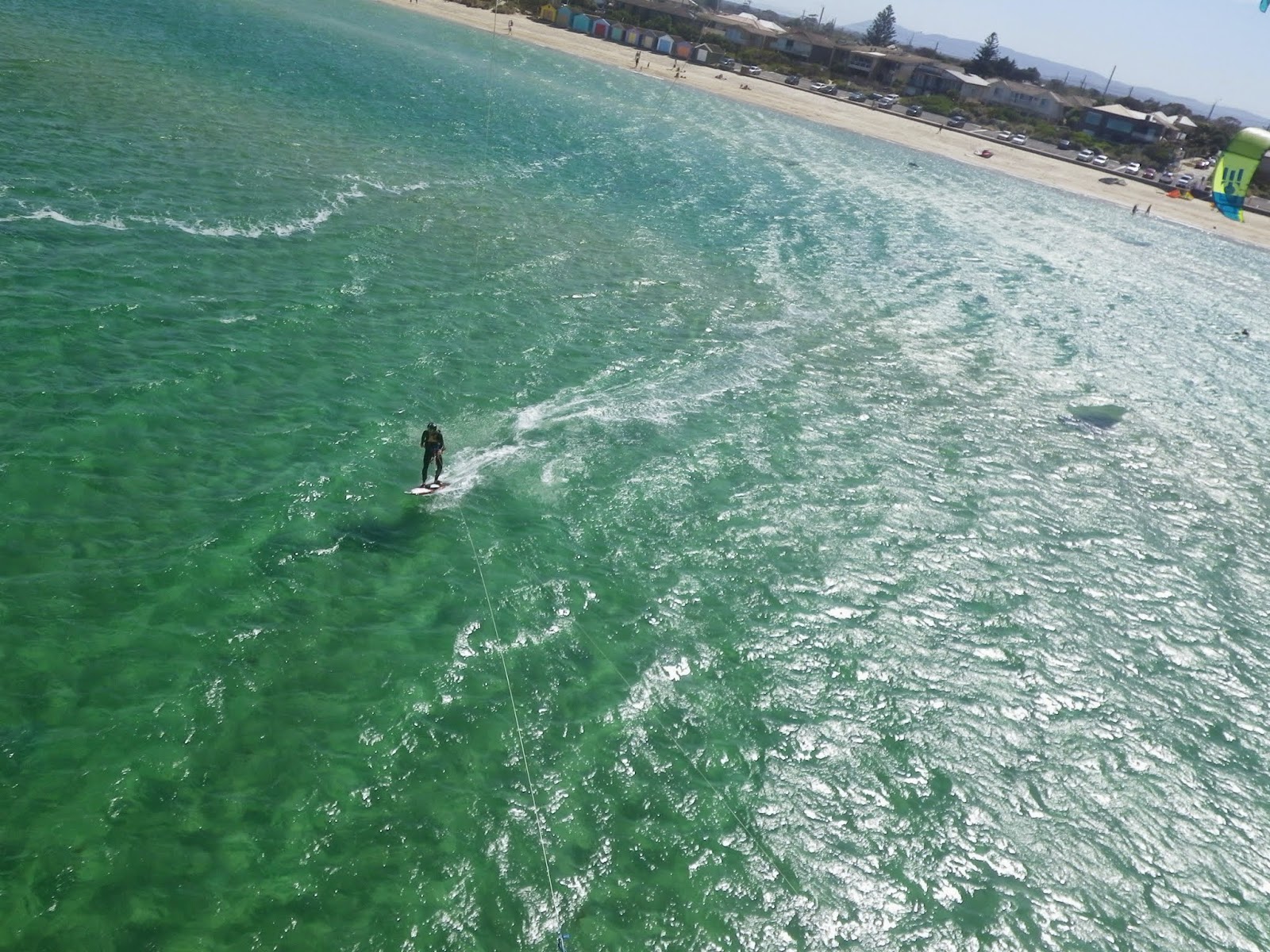 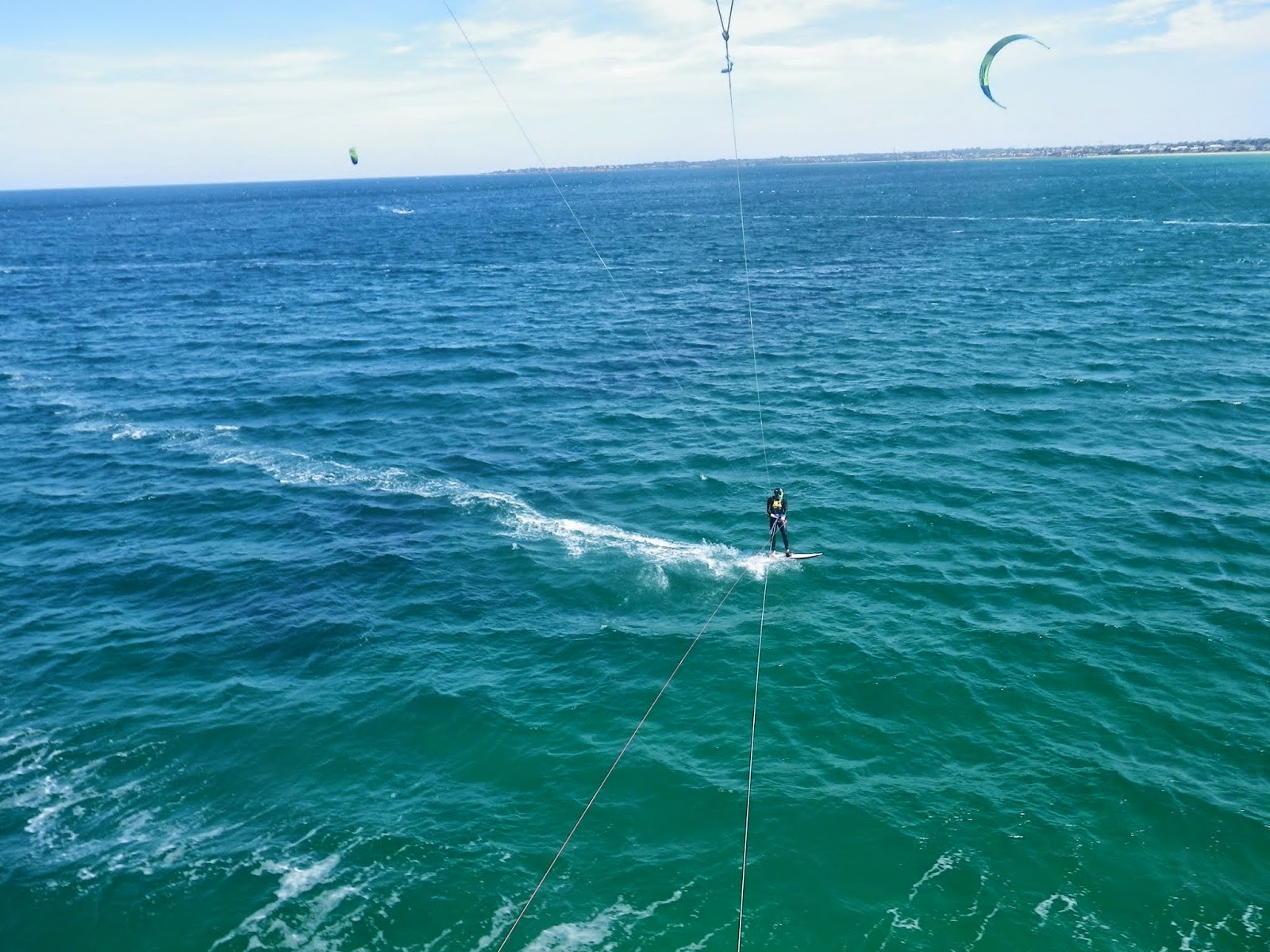 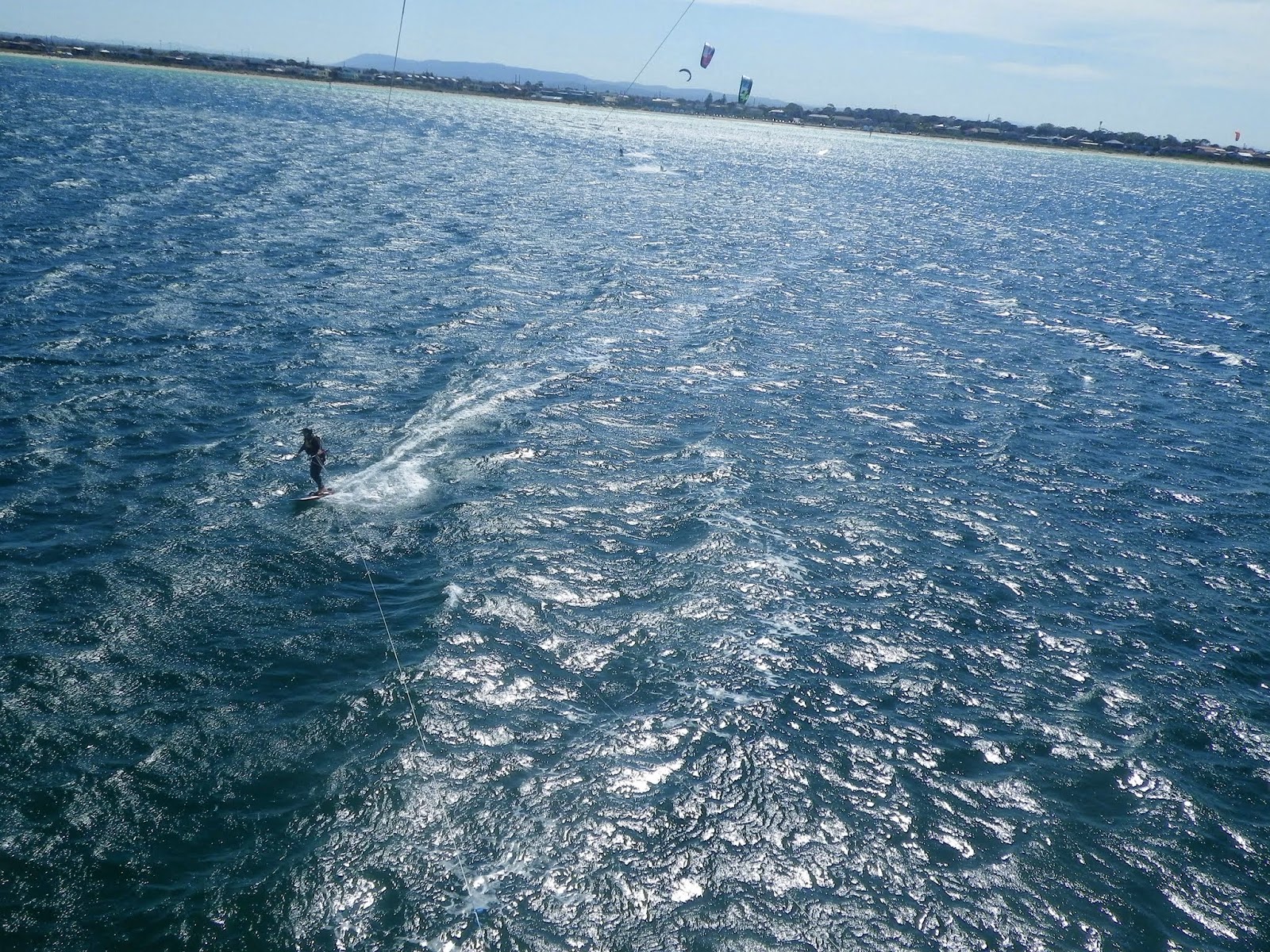 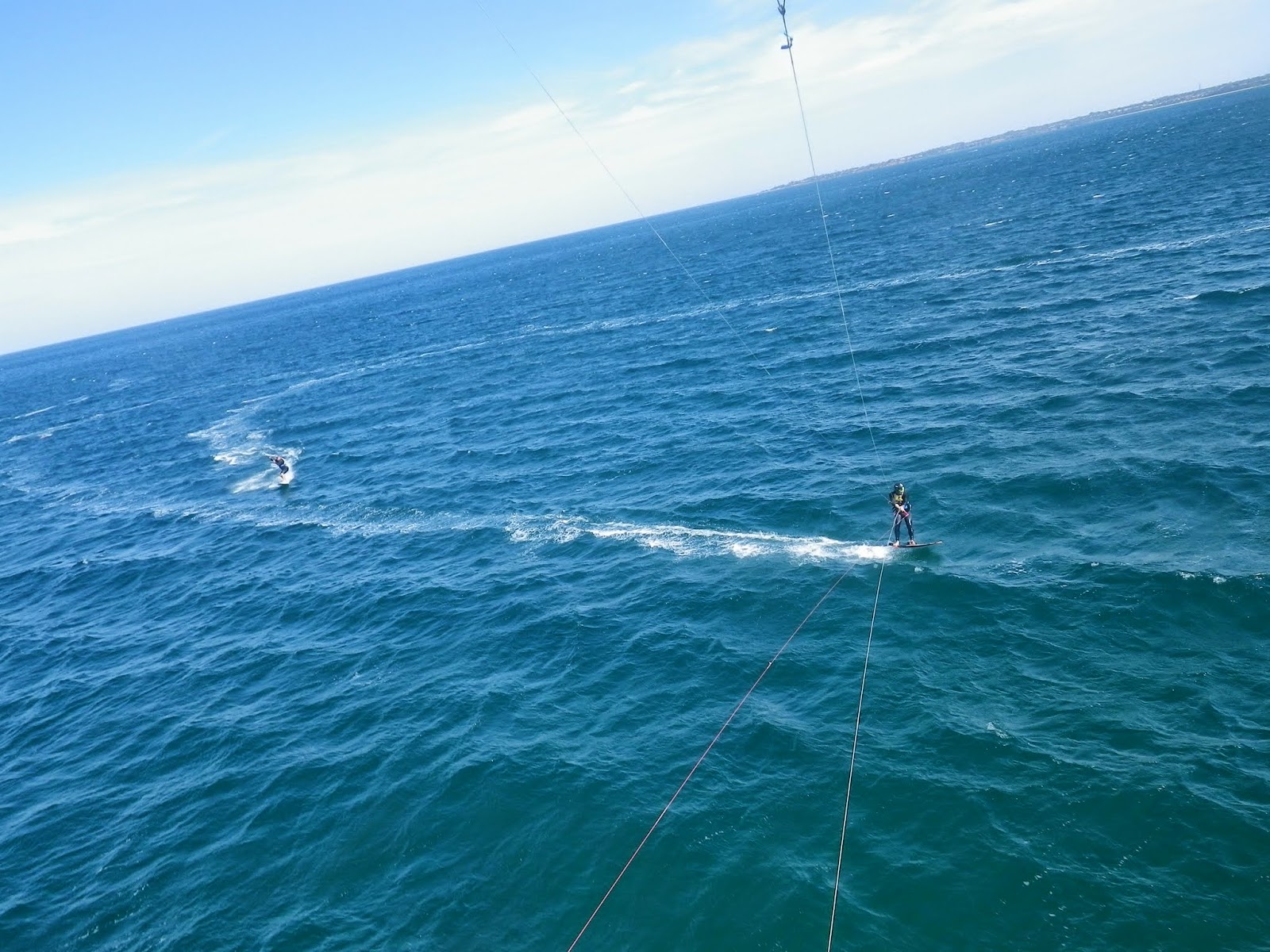 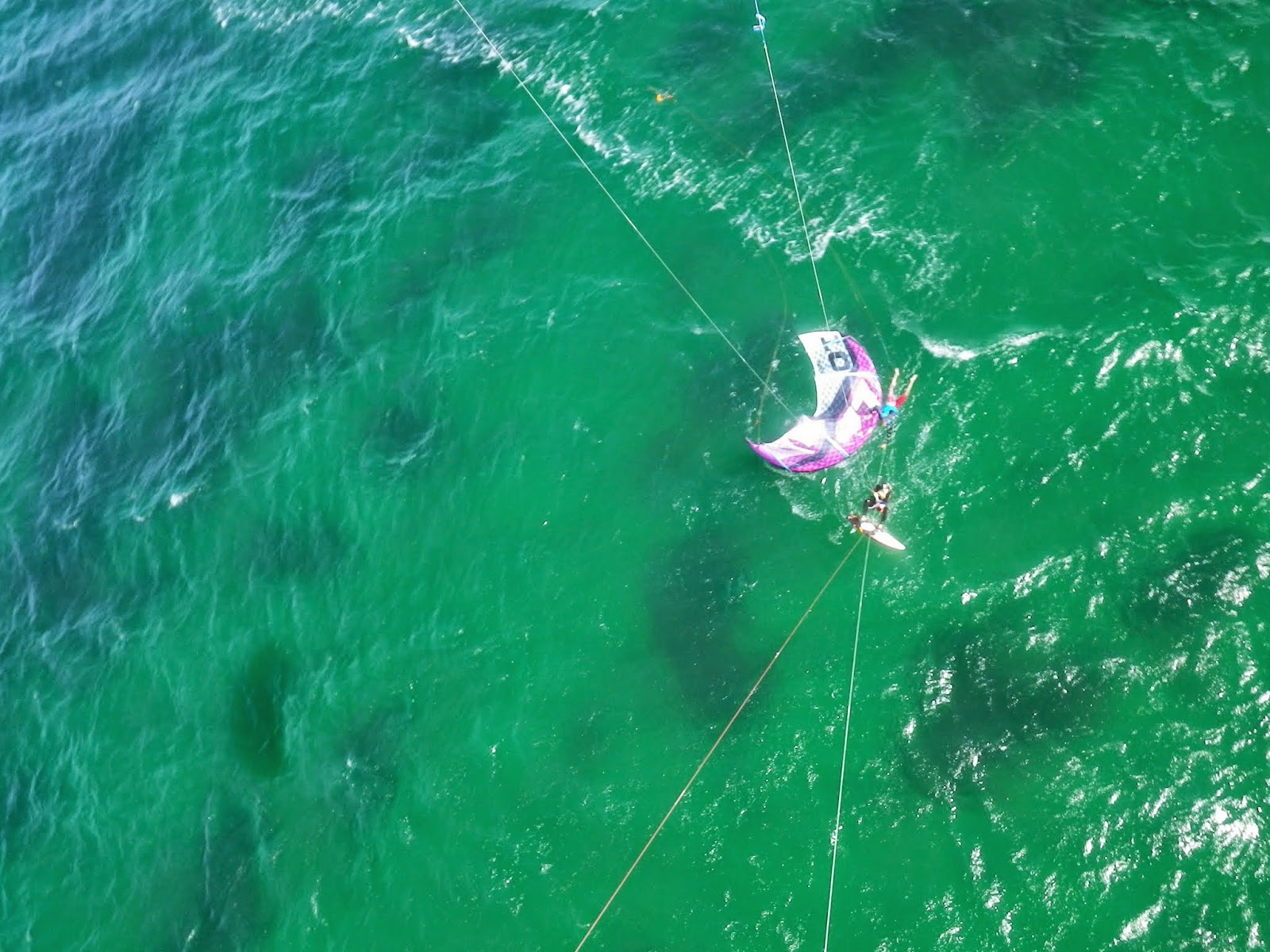 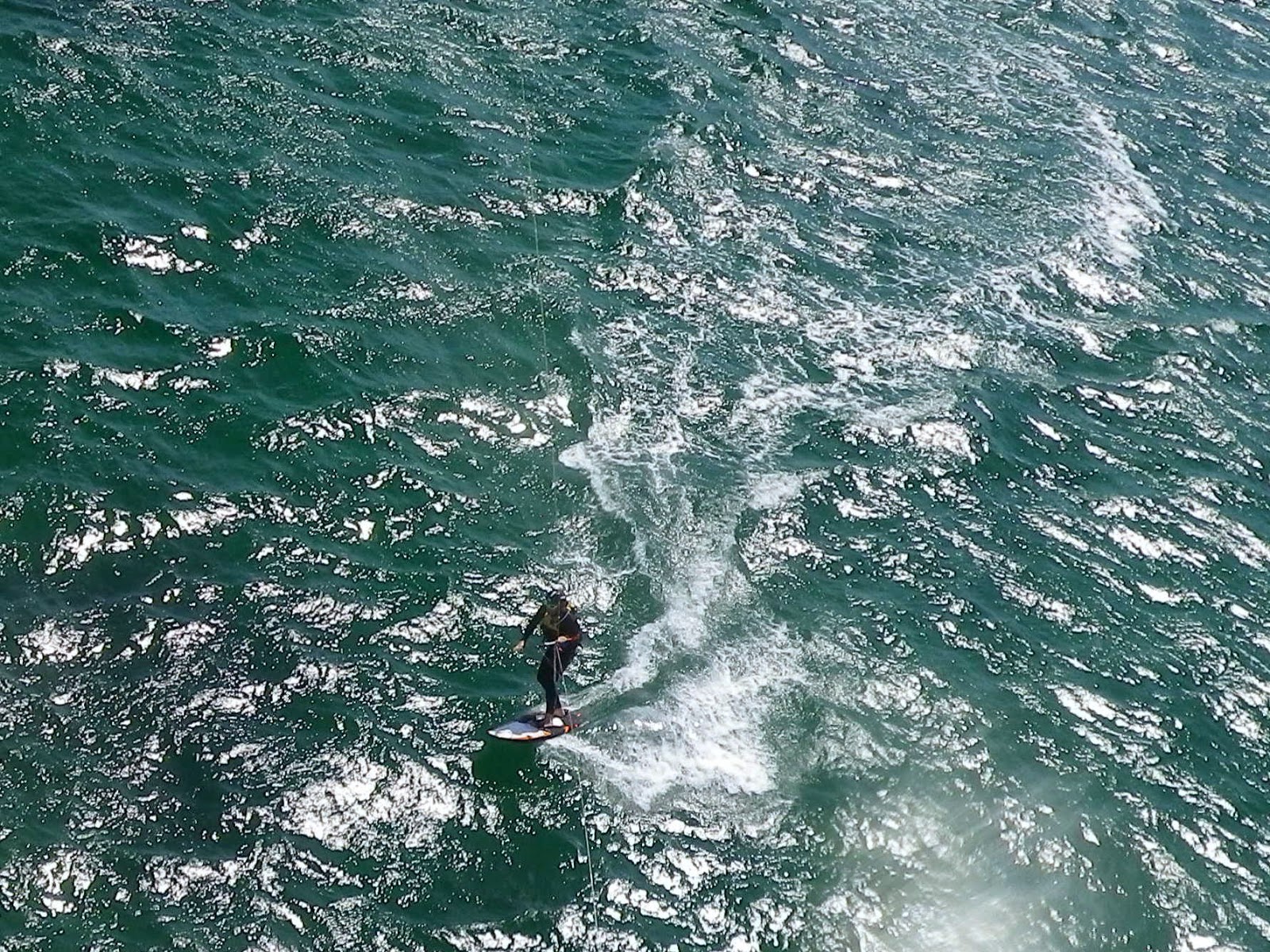 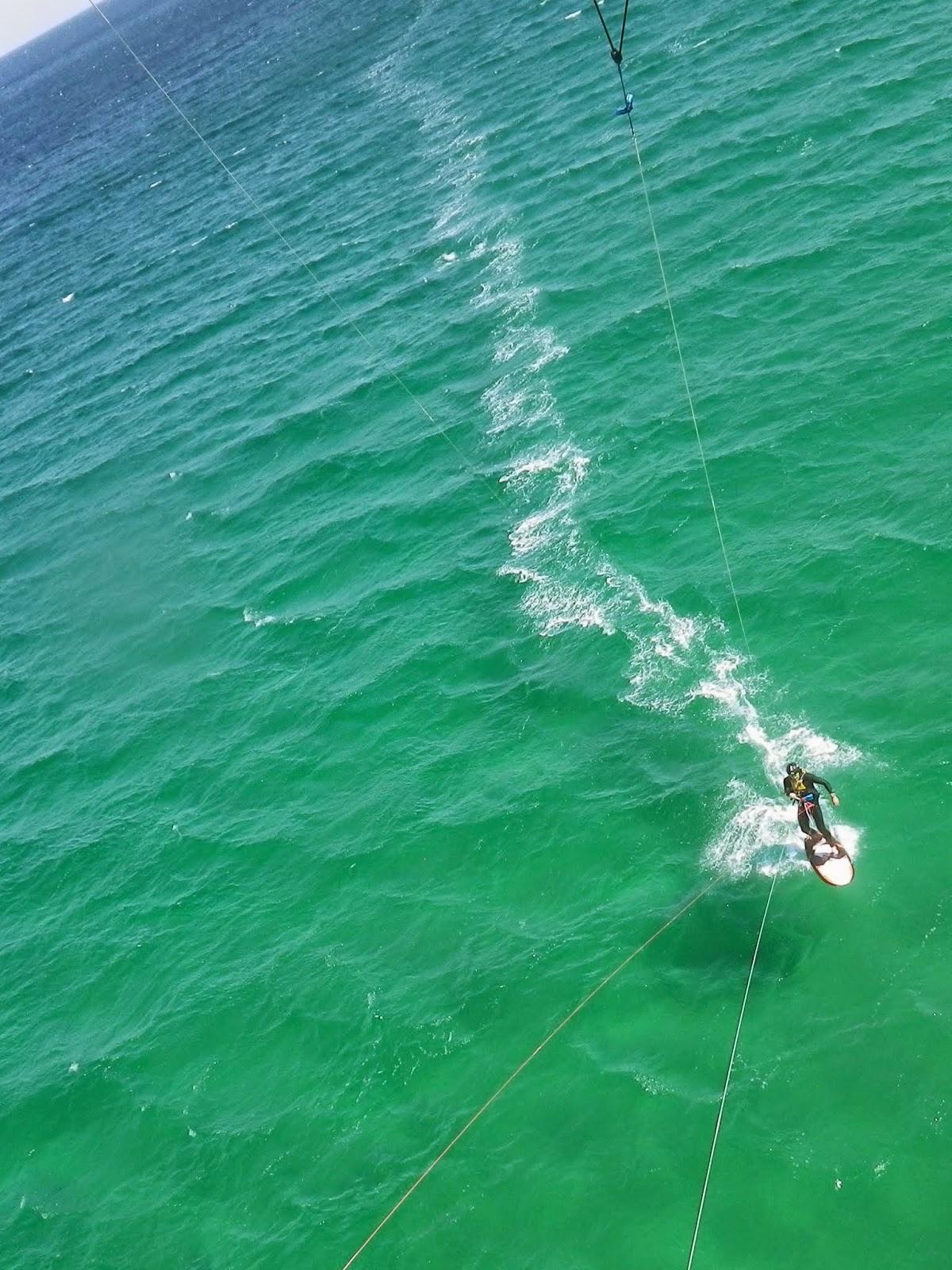 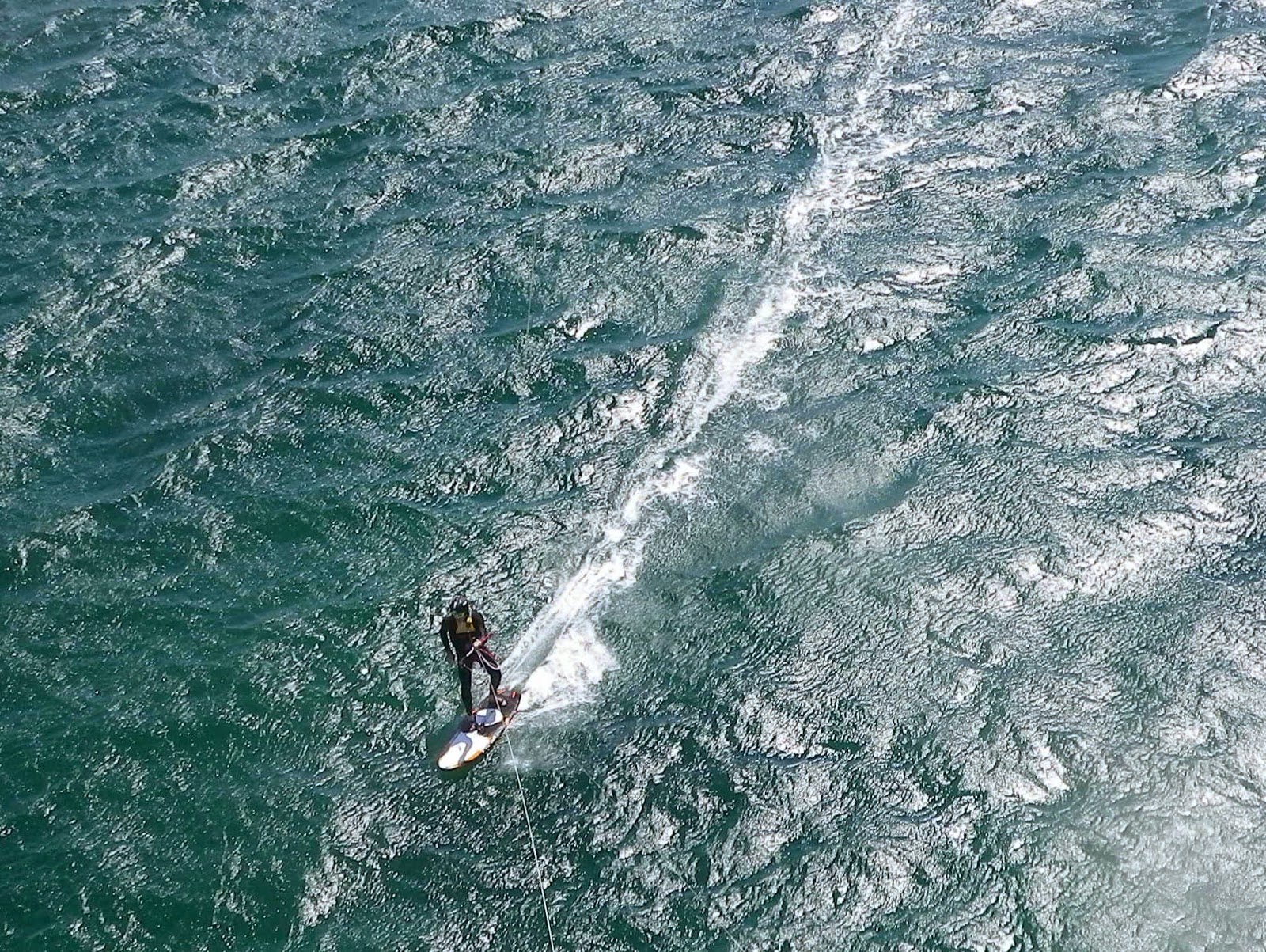 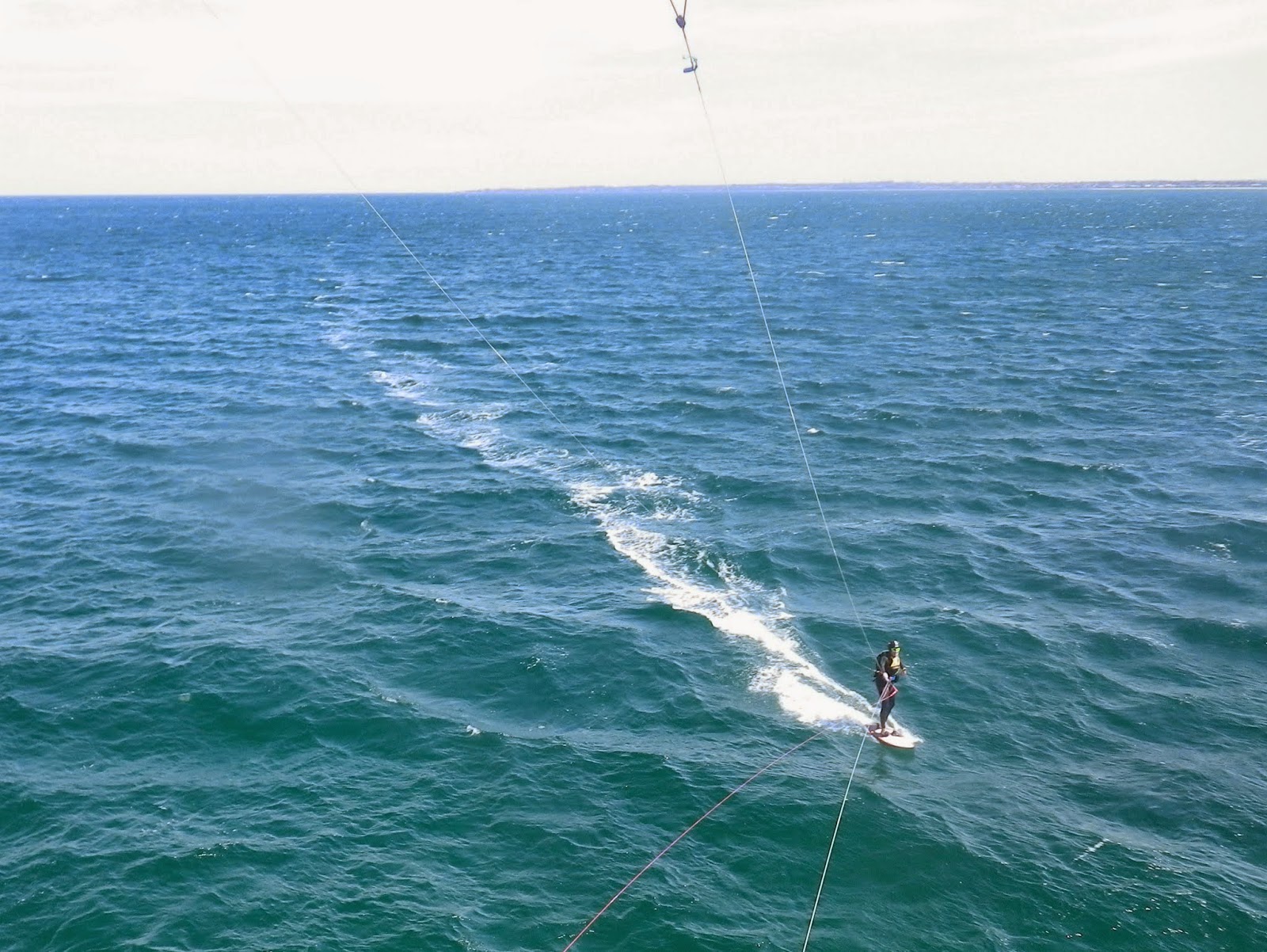 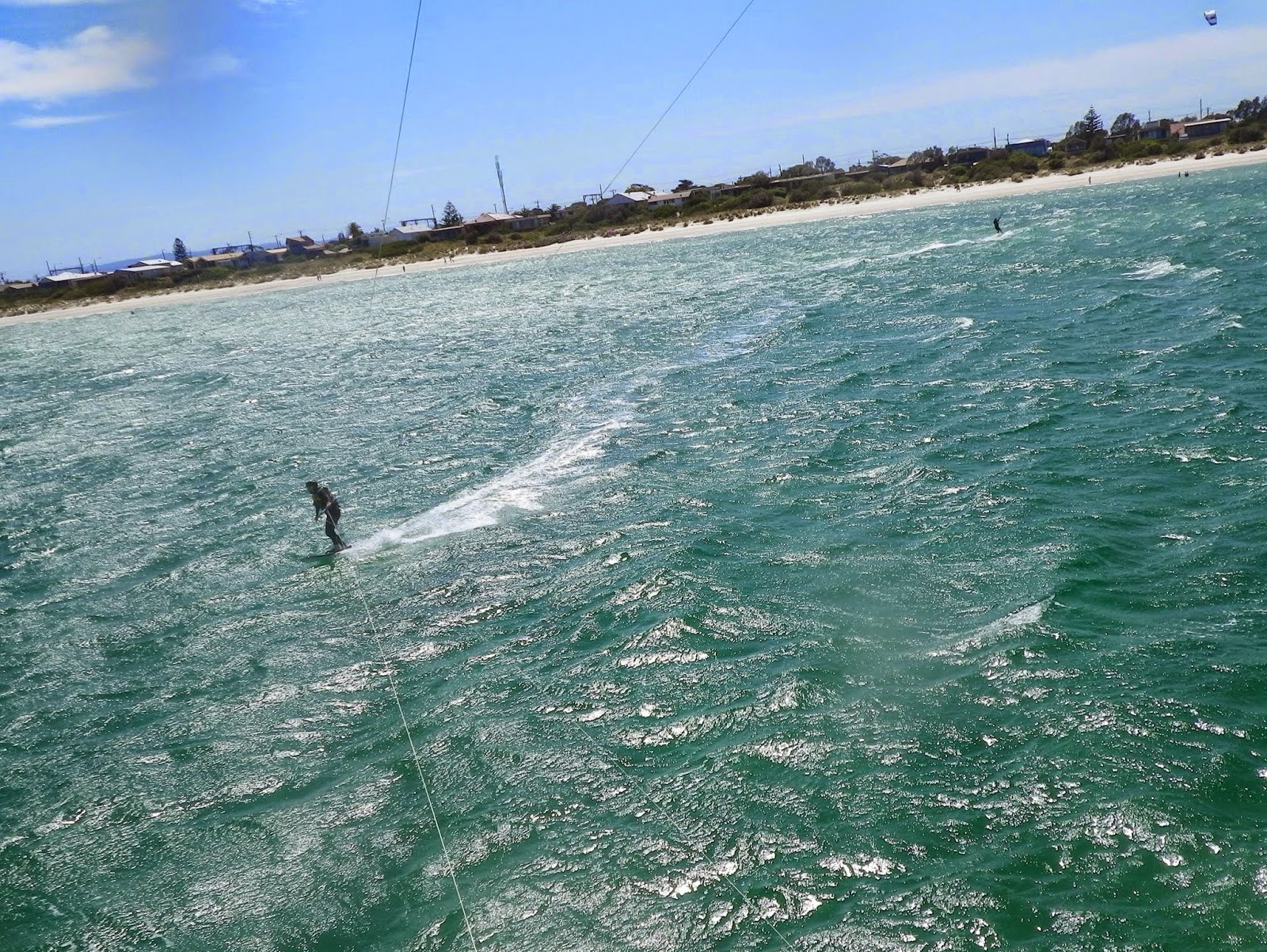 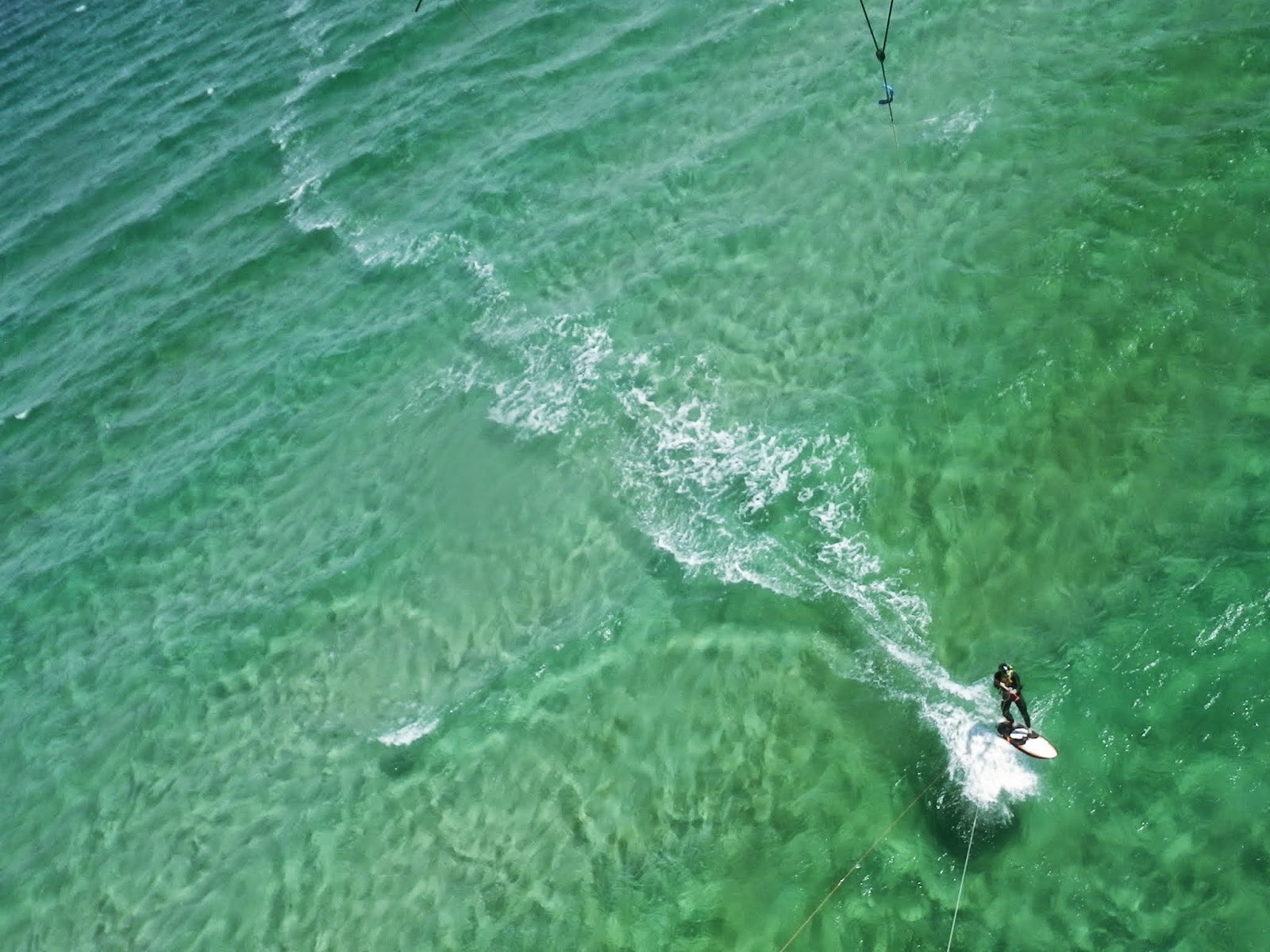 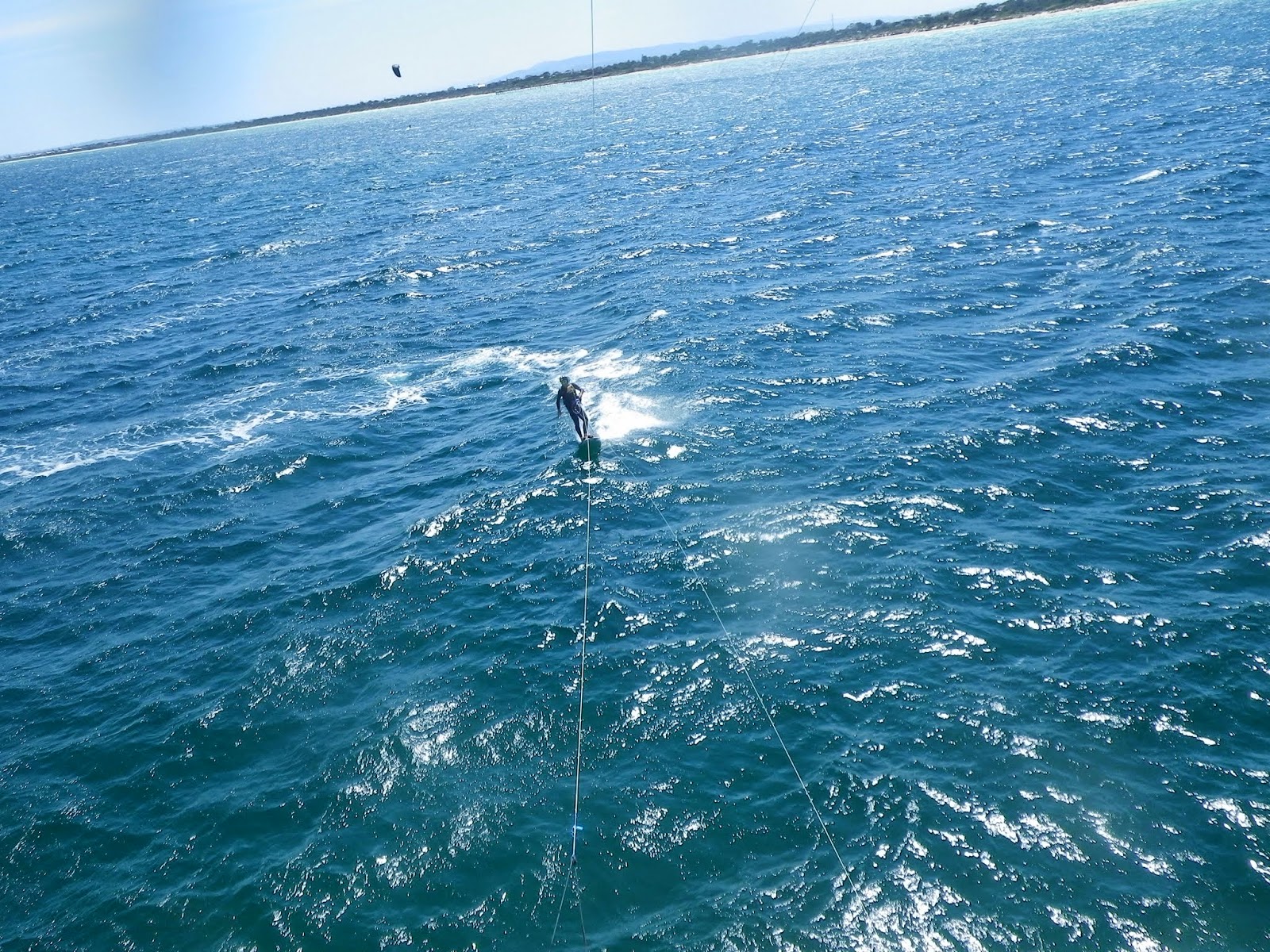 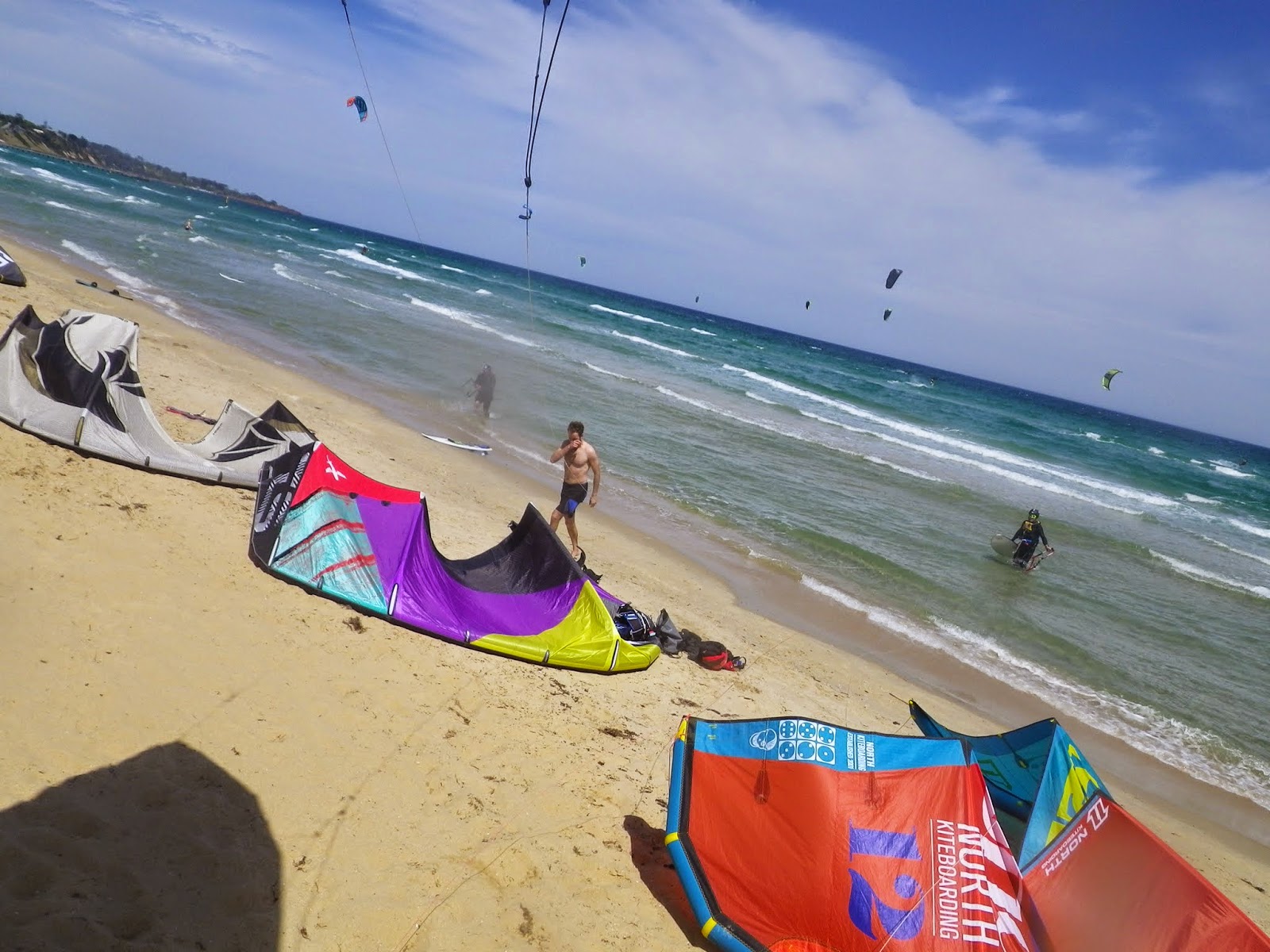 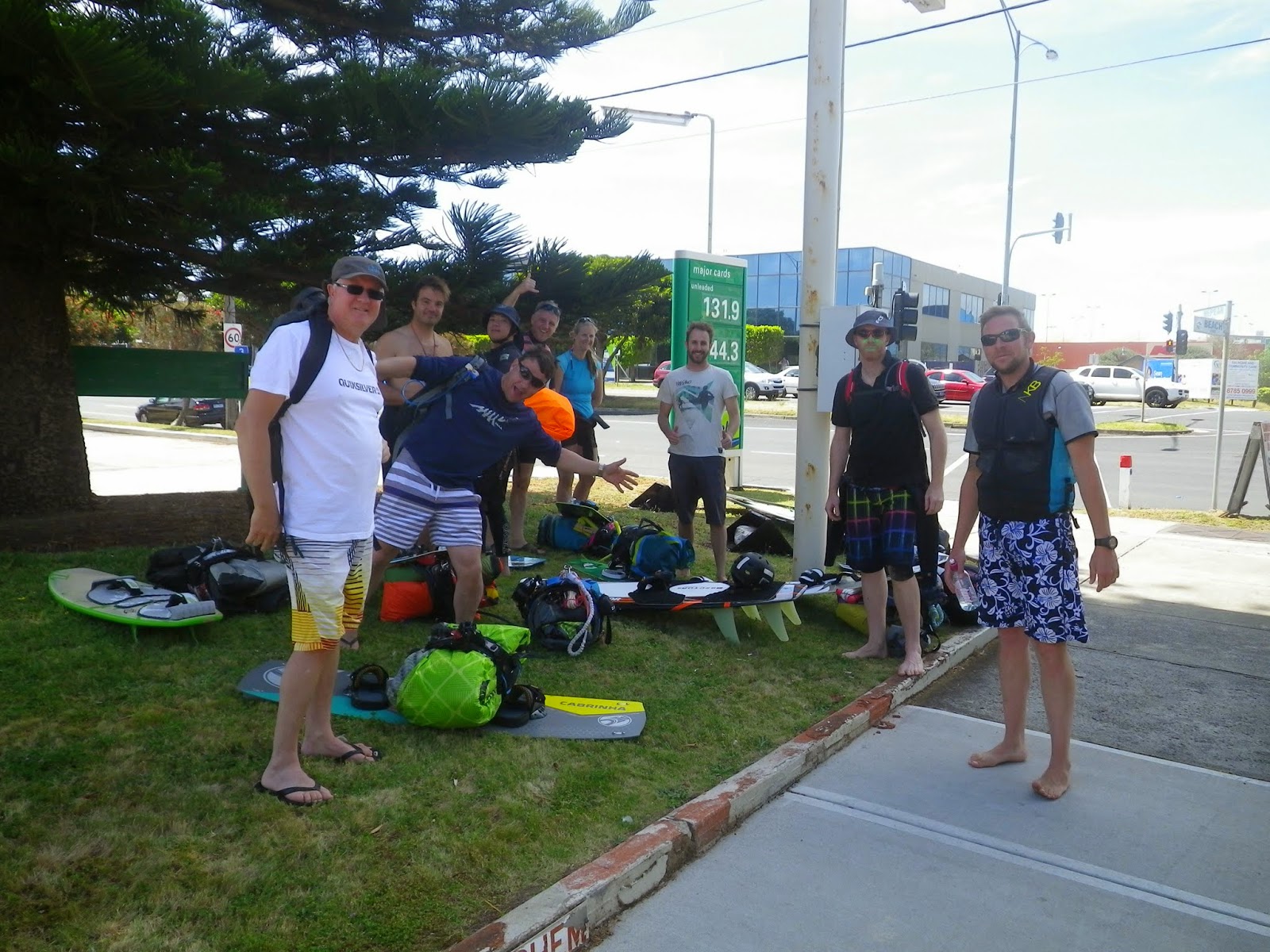 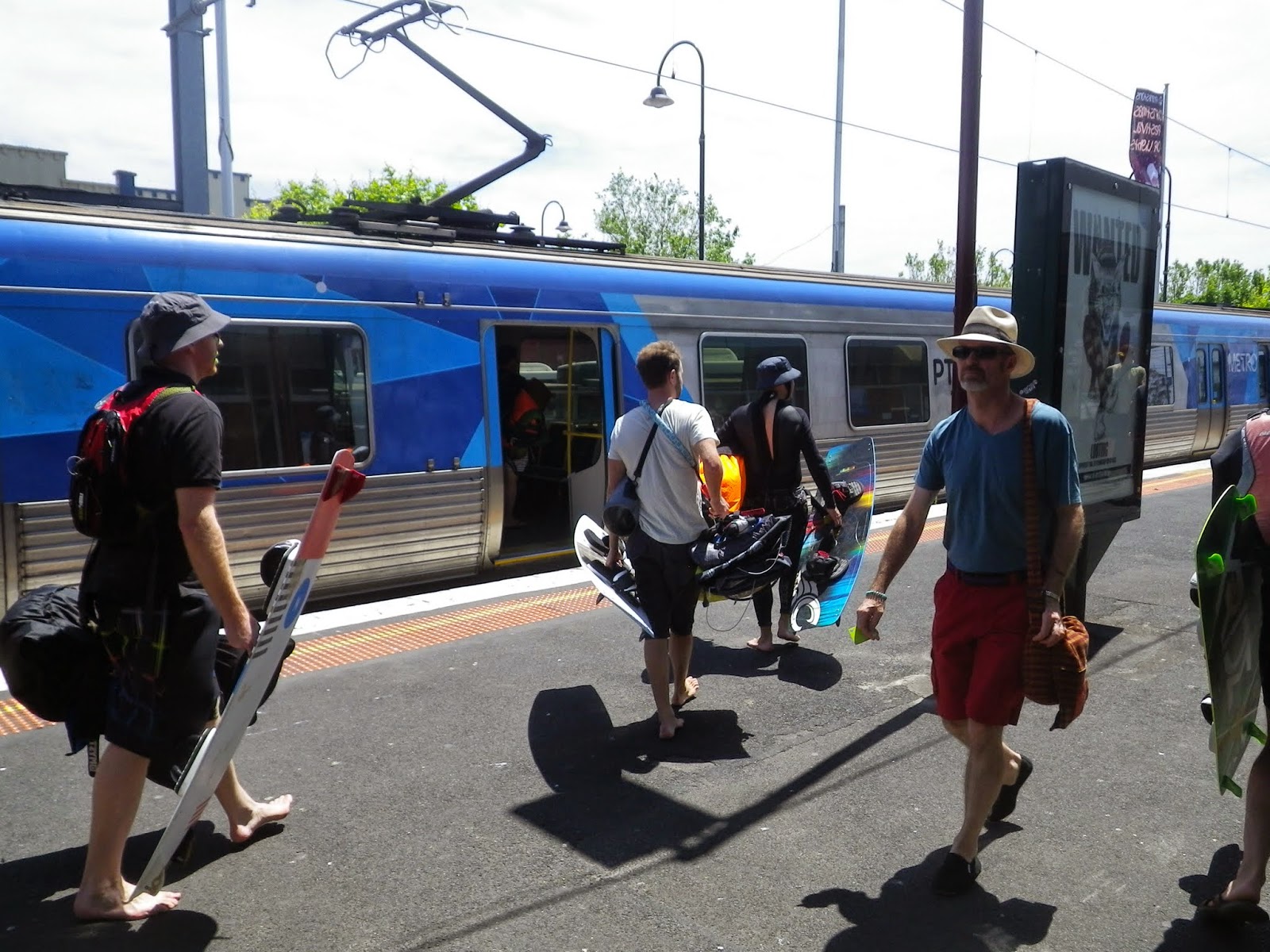 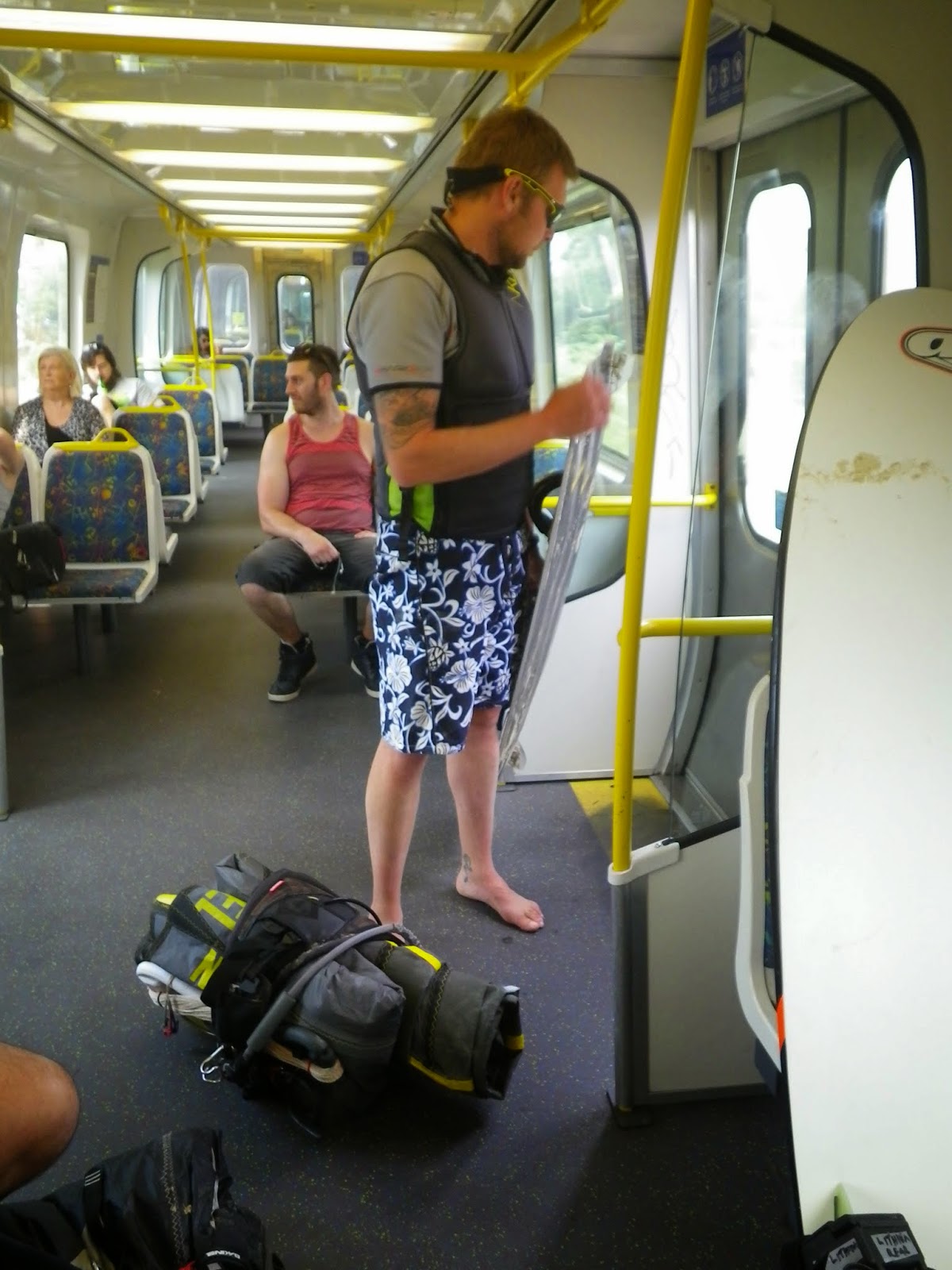 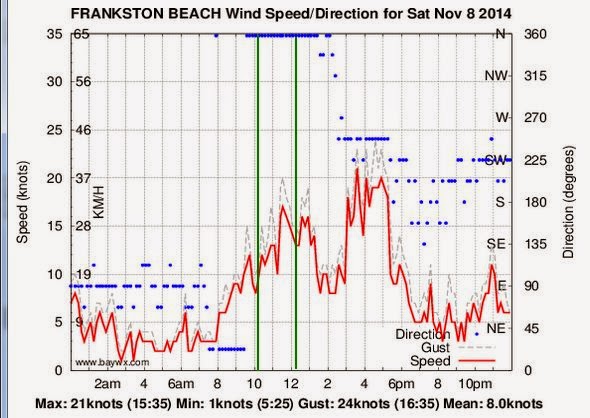