Session 202. A south easterly sea breeze came in late in the afternoon so I headed for Mentone.  It was nice and sunny with a breeze blowing when I arrived.  I was having doubts it would be strong enough as I rigged the kite but I self launched the Lithium 12 with ease. 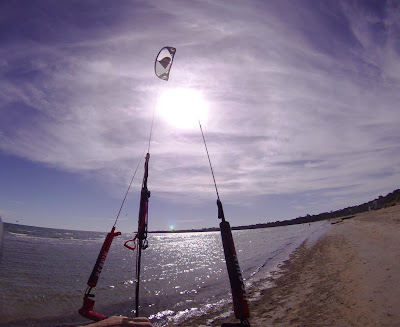 On the water I was zipping along - heading towards the mussel farm near Ricketts Point.  I did one tack back towards Mentone, going upwind without much effort, then decided to try for a longer downwinder as training for the upcoming Across the Bay to Conquer Cancer event. 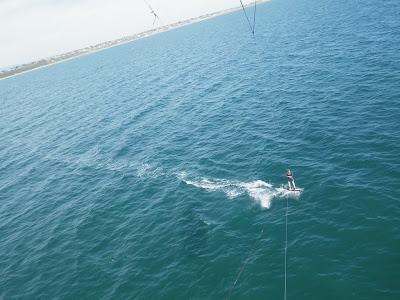 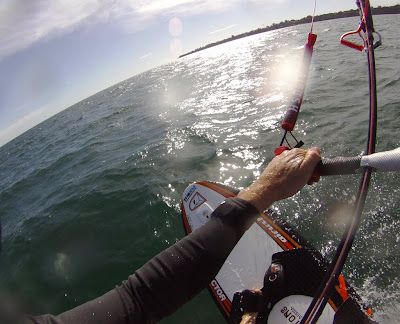 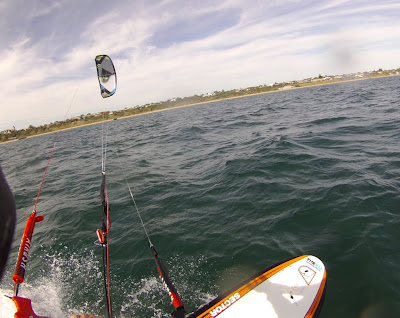 I rounded Ricketts and tracked more downwind, flying the kite from left to right as I passed some fishing boats.  I was able to turn from left (heelside) to right (toeside) while going fast downwind, but could not do this in the opposite direction.  My toeside riding heading left is still not so good, and the kite would come all the way around and stop when I attempted this turn. 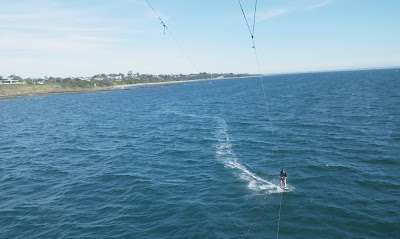 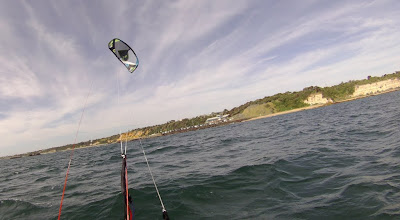 I came back into shore riding toeside and occasionally changing to heelside close to the Cerberus wreck and again near Sandringham Marina.  There were a few kiters out at Hampton as I cruised down past Green Point, then some more at Brighton. 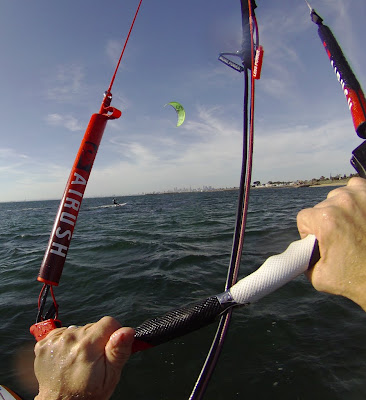 The wind picked up a bit so I depowered the kite for a while.  I was getting some good speed downwind and also cruising down some big bay swells.  I cut the power and parked the kite for a few and rode them for a short distance.

My rear leg was getting a bit sore so I was focusing on keeping it straighter and more relaxed.

I began to have some some difficulty with the fast downwind turns - its quite a tricky manouver turning during  fast downwind reaches. You have to keep the kite turning and the board heading back upwind enough to put some  tension in the kite lines.  I was leaning forward too much and diving forward so I started leaning back more during turns - this helped somewhat. 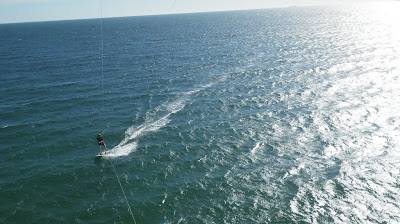 I was heading towards the main St Kilda beach for a while and contemplated landing there if the wind dropped, but I got around the St Kilda Marina breakwall without any trouble.  There were a few kites inside the breakwater. I wondered how they were going in the wind shadow.  The wind dropped about 5 knots at this point so I had to keep the kite flying and turning fast.

I tracked out again and toward the Spirit of Tasmania before coming in at Port Melbourne Beach, both elated and relieved to make it. 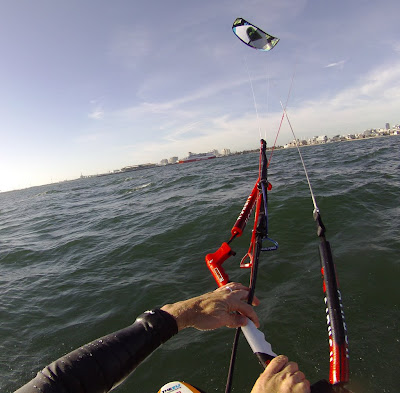 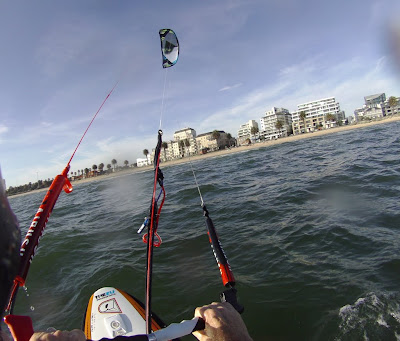 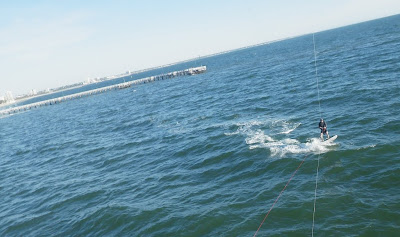 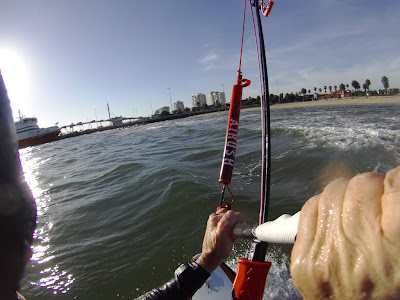 Saffer (Athol) was on the beach having just finished his kitesurfing session so he kindly stashed my board and kite at his apartment nearby.  I checked my phone, but my "waterproof" bum bag had leaked and it was not working (s*!t).  I should have used another waterproof cover for the phone - and will do so next time.

Tip: Never assume a waterproof bag or container will keep all the water out.  Put sensitive items (such as phones) in a separate wasteproof bag, pouch or case.

I caught the tram to Southern Cross station, scoffed a Hungry Jacks meal, then caught the Frankston train. I was still wearing my vest, wetsuit top and shorts and dripping a bit, but nobody was too concerned. I got off at Mentone and walked back to my car, arriving just on dark.  Unlocking the key safe was impossible until a friendly local lent me a torch to read the numbers!

So in conclusion, this is a great downwinder with a variety of scenery and some good bailout points along the way.