Session 201. Today was a training session for the upcoming  Across the Bay to Conquer Cancer fundraising event that Cesar Aldea is organising.  We met up at Gnotuk Avenue with plans to do a downwinder to Port Melbourne. However, the onshore westerly made it too difficult to get around Rickett Point so we decided to do a downwinder to Frankston instead.

It was blowing around 25 knots at around 9am but by the time we were on the water at about 10:30 it had backed off to around 20 knots.  I was concerned about more fronts bringing strong winds so I took my Switchblade 10 and surfboard.  I should have trusted the Predictwind forecast, as it correctly predicted the wind would drop off around noon. 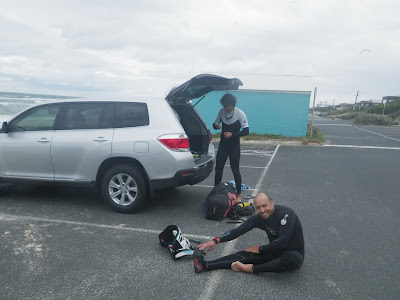 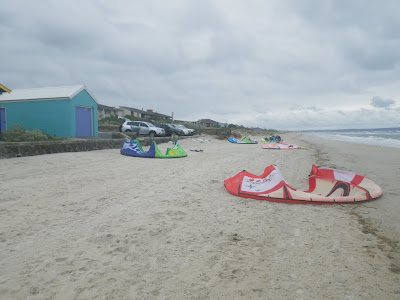 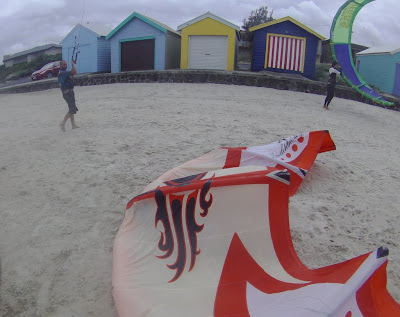 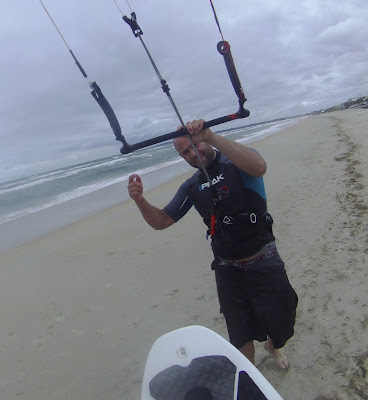 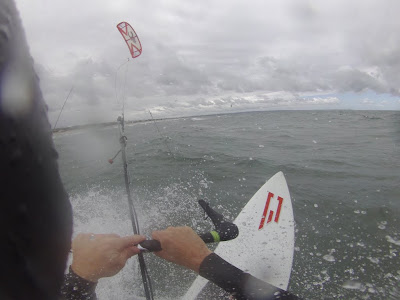 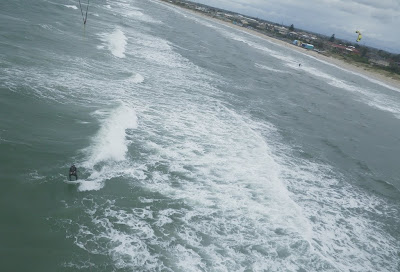 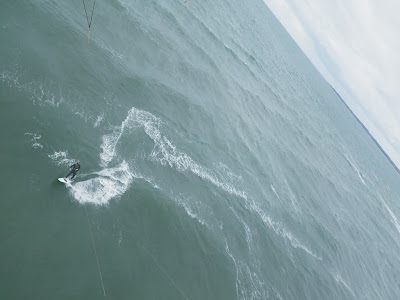 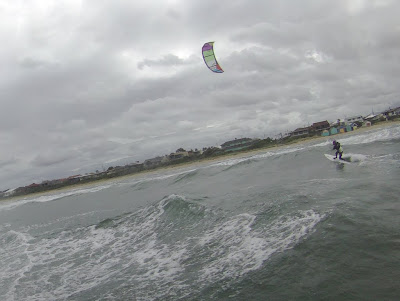 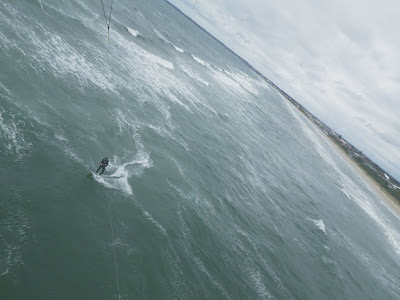 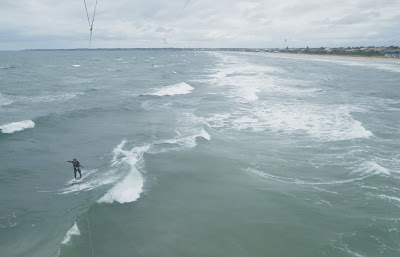 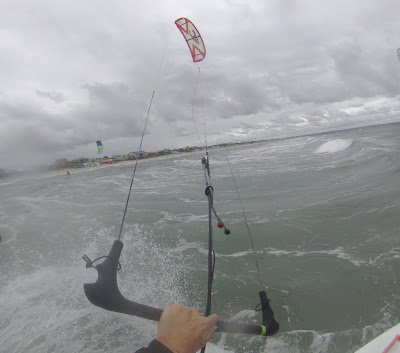 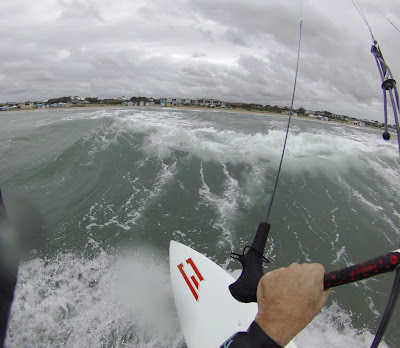 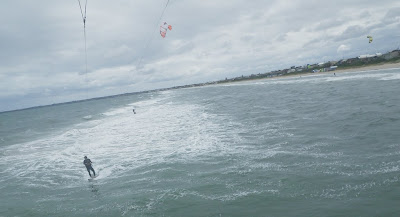 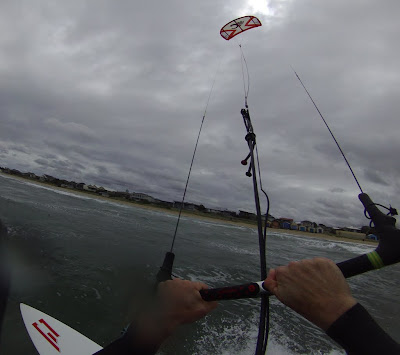 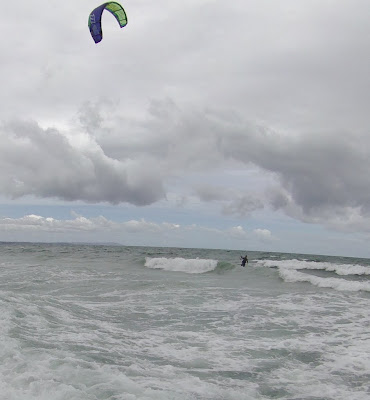 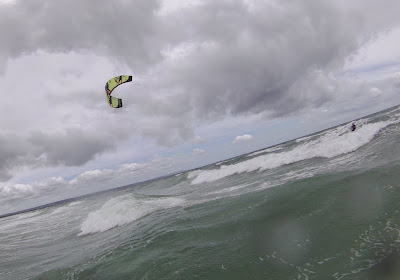 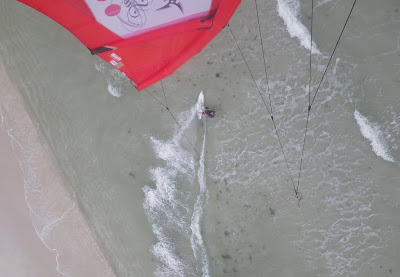 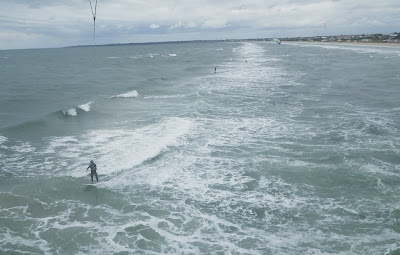 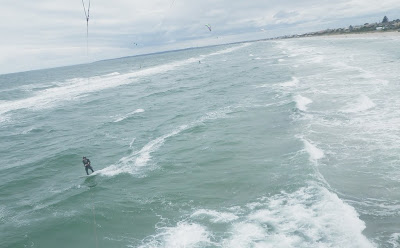 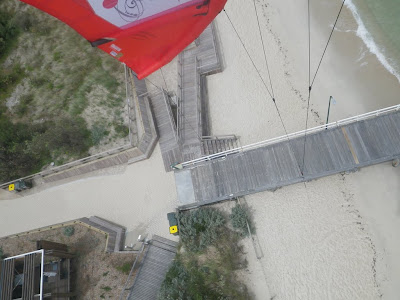 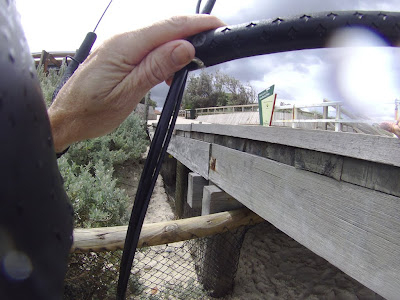 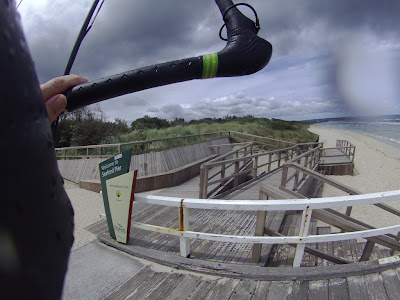 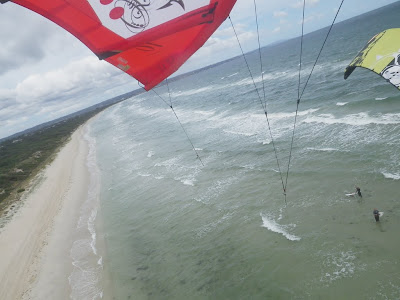 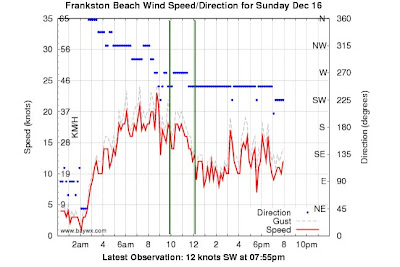 We had a lot of fun in the surf on the way down, but by the time we got to Patterson River the wind had dropped to around 15 knots.  Three of us waited for a while on the beach for the others to catch up then kept going.  The surf was big enough to push the board towards shore and effectively decrease the wind strength. I was wishing I had my Lithium 12 and Sector 60 as I would have been cruising with them rather than slogging along a bit under powered.

I didn't make it past the Seaford pier so I walked up to it and climbed over it, then continued kiting. I didn't quite make it to Gould Avenue when the wind conked out.  Tim was going OK on his 10m kite so he headed back, just making it past the pier. I couldn't get going so packed up and caught the train back with two comrades.

With downwinders, it is important to make ground while the going is good.

Overall, we all had great session.  The route from Sorrento to Port Melbourne will definitely be a challenge.

Posted by Peter Campbell at 9:42 pm