Kitesurfing at Hampton on a race day with 30 knots

There were strong winds on Port Phillip Bay today; up to gale force.  I got to Hampton late in the morning and was stoked to see lots of white caps and about 25knots! 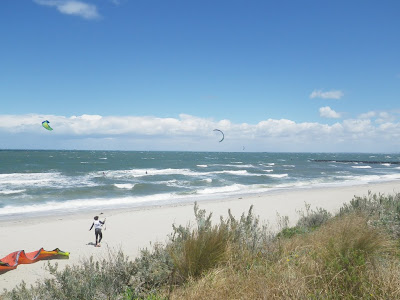 There were lots of kites on the beach and people with race bibs over PFDs.  A race was on.  I said hello to Rod White who was getting ready to race.

With 30+ knots at South Channel coming up the bay I took out my Crossbow 7. I am glad I did.  It was hard to get out past the shore break due to big waves and onshore wind.  Once out, I was able to get going well on my 7m kite but was wondering if I should have taken out my 10.  After a run to Middle Brighton and back, a 35 knot squall came in and I was glad I was on my 7!  I even depowered it for a while.

The fast speed of the 7 certainly takes some getting used to.  It zoomed into the water a couple of times. 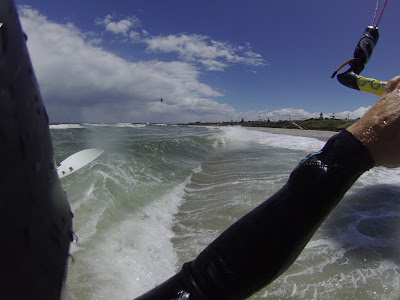 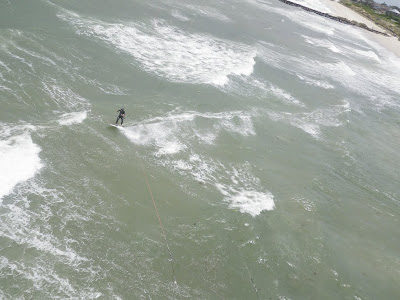 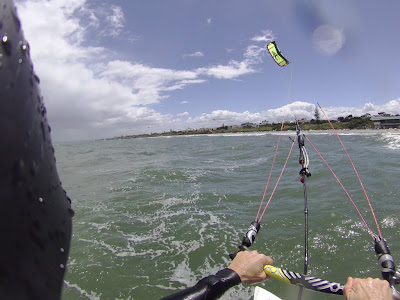 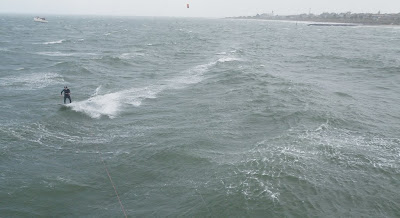 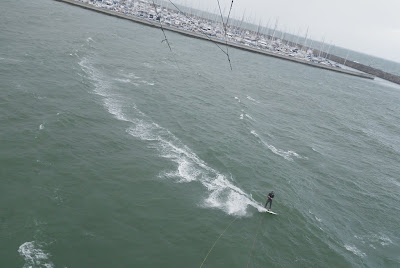 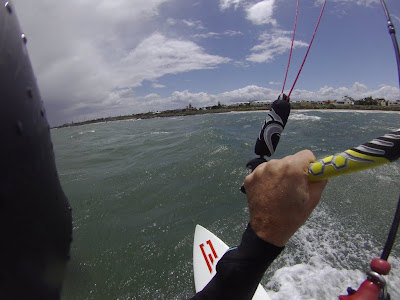 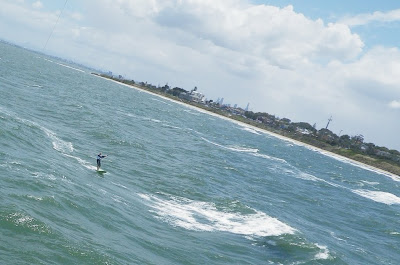 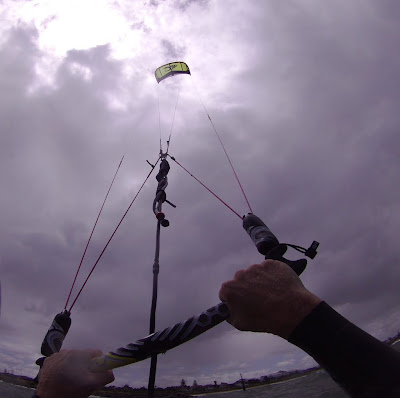 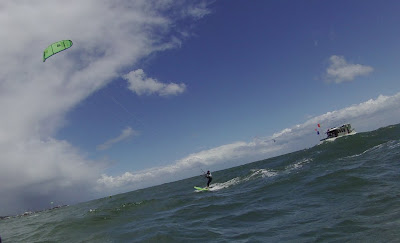 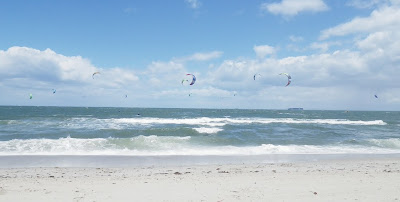 I did a run past Green point and back, checking out the race action.   I found myself in the way briefly at a turn so I scooted off out of the way quickly.  The wind dropped too so I headed in and took some photos of the race gear on the beach.  Check out the fins! 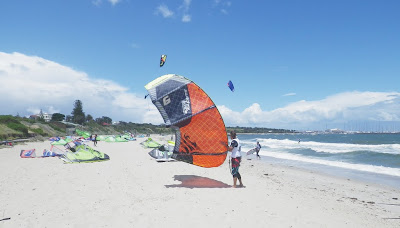 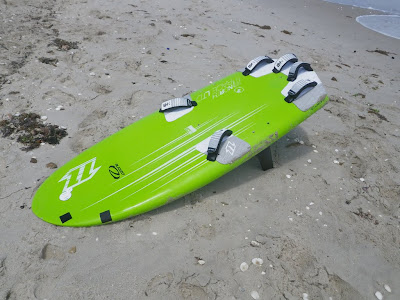 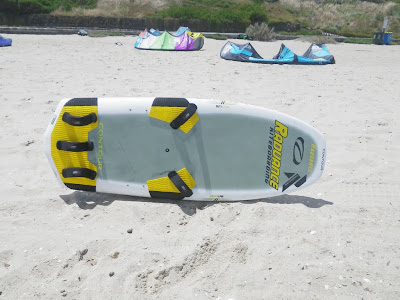 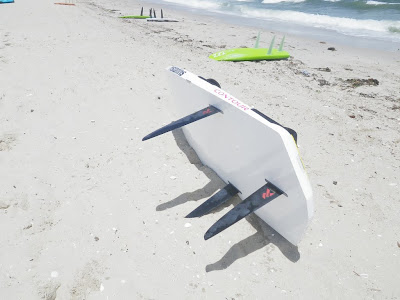 Its the most kites I have seen at Hampton, and there were race boards everywhere.  Kite racing is propelling kitesurfing into a whole new level of participation.

Some racers got caned by the 35 knot gust and other were having trouble with the shore break too, but most were blasting around at great speed.

On the way home I stopped at the Brighton car park and watched another 35+ knot stall rip in, this time with rain.  About 8 racing kiters were about 1km off Middle Brighton.  They parked their kites to weather the squall, then got going again. 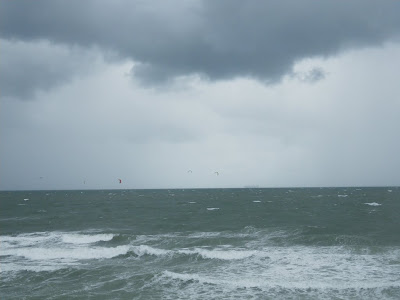 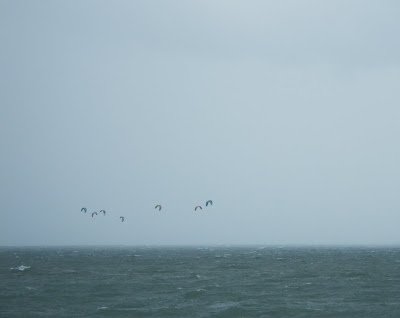 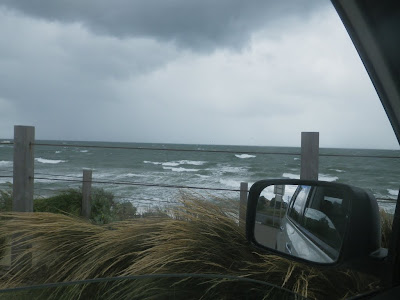 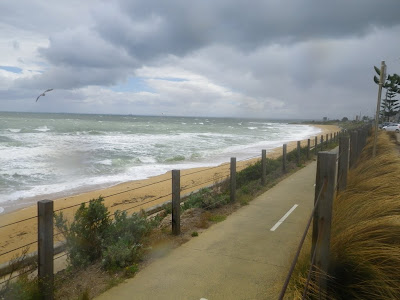 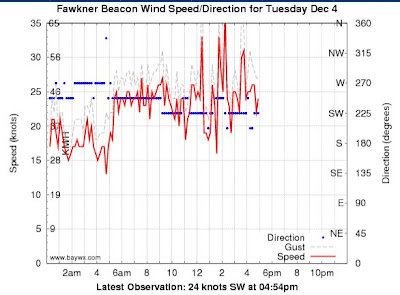 Posted by Peter Campbell at 5:31 pm