A cracking sea breeze and kitesurfing session on the twin tip

Session 208. This summer has certainly delivered some great winds. A cracking sea breeze came in this afternoon so I headed for Hampton.  I took out my Lithium 12 in the 20+ knots as I want to get used to flying it in stronger winds, and it has a lot of power.  I de-powered the kite for most of the session and it was fine.

I last used my twin tip board 27 sessions ago (at Inverloch). I was keen for a new (old) kitesurfing experience after all the training and distance kiting.

It was interesting to ride the twin tip again.  I had to concentrate on edging it - I am now used to having good fins for upwind traction, so I found the twin tip skipping away down wind a bit.  It was good fun boosting off some waves though.  I did some nice jumps during this session, and one that resulted in a hard landing (kite headed back the wrong way).

I did a couple of reasonable jump transitions - the key is to fly the kite fast when you land to get going again.  Speed runs in towards the seawall were nice.

I lost my board after a jump and was having some difficulty body dragging upwind.  It was upside down and going nowhere - compared to the surboard and Sector 60 which both tend to get blown downwind quickly and are easy to retrieve.  Rick assisting by moving my board in a bit.  Thanks buddy!  I was able to return the favour a short while later.

At various times there were about a dozen other kiters out, including some guys doing nice wakestyle moves towards the end of the session.

However, Rick said someone crashed a kite onto a family on the beach - definitely not cool - and a kite crashed and nearly took me out when I was on a tack. It just brushed me.

Other than than - it was great to have a different session.  I took a few pictures after the session. 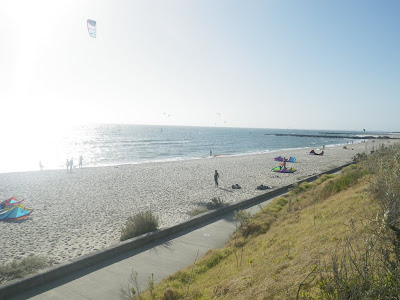 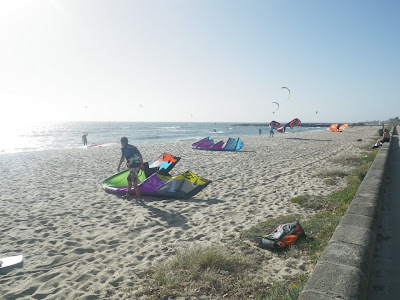 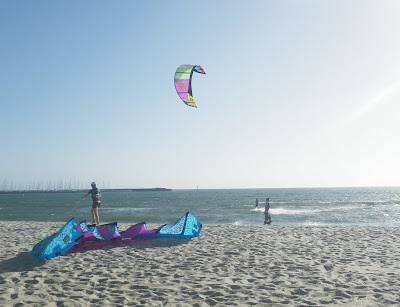 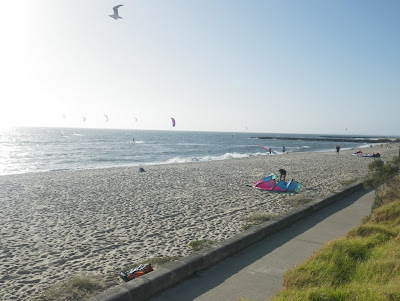 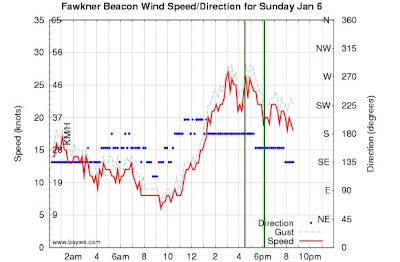