Session 212. Another training downwinder for the Across the Bay to Conquer Cancer event.  16 riders gathered at Gnotuk at 1pm and waited for the wind.  A 10 knot breeze arrived at around 2pm and a few did some runs with raceboards. My Sector 60 was going well.

Tim and I headed off first and made it around Ricketts Point. Just as we were going nicely downwind it conked out. Tim made it to the beach at Ricketts and waited. My kite landed on the water and I floated in towards a beach slowly, using the kite to sail in and steering with the rear lines.  After 15 minutes the wind picked up and we got going again.

The wind gradually strengthened as I made my way down past Black Rock to Sandringham. David came past on his raceboard - I followed him for a while.

Past Elwood I did some some downloop turns, some of which worked well.  I crashed my kite on a couple and relaunched it.

I dunked the kite a couple of times on downwind runs as it got low on the water. Bearing upwind slightly re-tensions the line and can avoid this.

I also noticed that I could fly the kite up vertically to generate some power rather than bringing it further back behind the direction of travel.

A few lapses of concentration saw me dunk the kite near Port Melbourne, but I was able to relaunch it and get to the beach. On the way in I passed David who was heading back towards Brighton.

After a while Tim arrived, beaming.  Another 15 minutes passed then all the others turned up too. Everyone was happy to get there.

You can donate to the fundraising event here and there is some information on Facebook.

A short video - board mounted camera 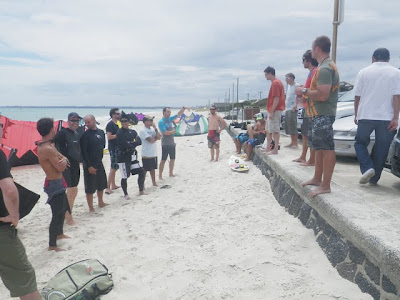 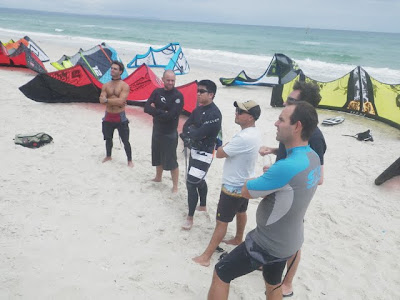 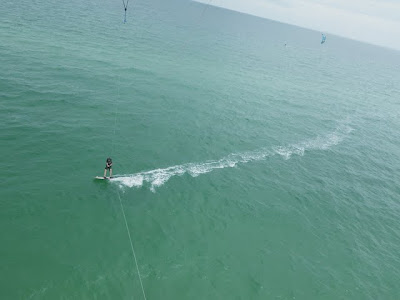 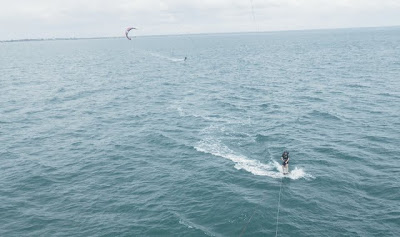 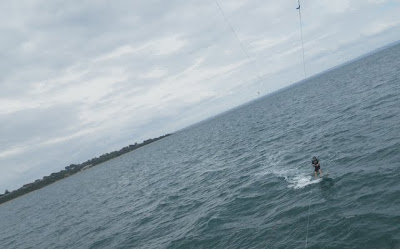 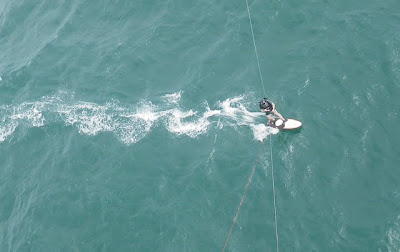